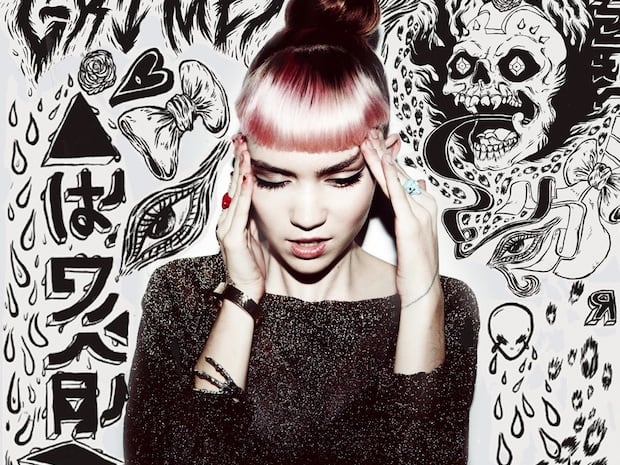 2012 was a banner year for electro-pop. Notable entries spanned all corners of the genre, from the poppier (Purity Ring), witchier (Trust), clubbier (Crystal Castles), slicker (Chromatics), more lo-fi (Memory Tapes), sultrier and Auto-Tune’d (Poliça), obscurely off-putting (John Maus’ A Collection of Rarities and Previously Unreleased Material), all the way to the abstract fugues of Julia Holter’s fantastic Ekstasis. For the outsized presence in appreciative cultural circles, these acts have the Knife’s Silent Shout (2006) and to an extent Karin Dreijer Andersson’s self-titled Fever Ray (2009), to thank, along with the many, many dark wave/no wave/chillwave acts that followed. 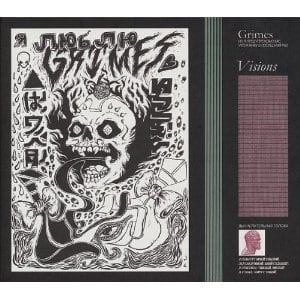 However, none deserve – nor have they received – anywhere near the attention piled on Grimes and Visions. Leading off with a teaser single from the record in October 2011 – the dancehall-destroying crusher “Oblivion” – was enough to leave the music masses salivating. The proper combo of hook, sway, texture and harmony, lathered generously over almost all of Visions, from the tactile shuffle of “Colour of Moonlight (Antiochus)” to the quick, simple steps and soaring synths of “Genesis,” was sufficient to ensure Grimes saturation in most year-end lists.

But for being only the third such solo outing from Grimes’ Claire Boucher, Visions punches far above the weight of its diminutive creator. Alongside the ultra-casual, hopscotch, schoolyard skip of “Infinite Love Without Fulfillment,” “Genesis” and “Oblivion” set the stage in skuzzy beats, delicate arrangements and Boucher’s stratospheric multi-track vocals. The rest of Visions has a hard time sitting still or settling into one aesthetic track, and is perhaps all the better for it. “Be a Body” and “Nightmusic” mines the best of decades of the most urgent, highly physicalized entries in electronic music. “Symphonia IX (My Wait Is U),” chanting and all, cascading synth tones and Boucher’s wispy vocals tumbling down what seems an infinite sonic staircase, puts the genre at its most cathartic on display. The club/industrial “Eight” is a shambling, falsetto-laden affair, while the playful, airy R&B embedded in “Vowels = space and time” is counterpoised against the more straightforward electronica of “Visiting Statue.” All make of Visions a broad, uniquely executed, subtly unified album easily among the year’s best.

While 2012 was a good year for electro-pop, it may perhaps be the last such year the genre will have for some time. And who knows how the Knife will (or won’t) change things up with release of Shaking the Habitual in April 2013. But 2012 has been without a doubt a year that belonged to Grimes, Visions, Boucher and her magical, label-resistant concoctions. – Joe Clinkenbeard