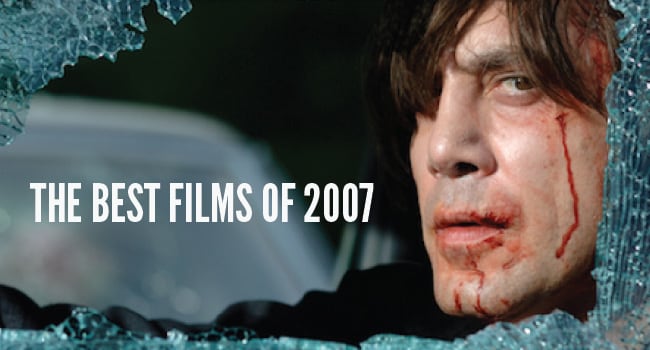 Five years is an eternity in the life of a film. When coming up with this feature, the question the Spectrum Culture staff pondered was this: “How well do these movies play NOW!” Not five years ago, but how have they aged in our memories. While some acclaimed films of ’07 remain strong on our list, some critically-lauded ones didn’t have the staying power. This list is designed to give new perspective on things five years old. Thank you so much for reading! 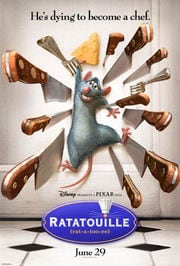 Disney’s history of depicting foreign cultures has been less than stellar. Thankfully, joining forces with a Pixar rat brought the Mouse into the modern age. Despite 2007 being chock full of quality films, Ratatouille may be the one movie from that year that will remain completely relevant generations from now. Gorgeously crafted with warm tones, Ratatouille touches upon the universal themes of individuality, equality, teamwork and the inevitability of change all while telling an engaging story and casting Paris in a romantic light.

As a rat with a sophisticated palate (who wouldn’t touch something as distasteful as “freedom fries” with a ten foot snoot) manages to work the loveable goof Linguini like a puppet in order to realize his dreams as a master chef, we encounter an odd couple buddy picture that’s neither preachy nor short on message. “Anyone can cook” is its mantra, but one that’s handled in such a way that tugs at the heartstrings of those from both sides of the aisle. Lest this inherent equality message sound too mamby-pamby to you libertarians out there, I’d wager dollars to gourmet donuts that even Ayn Rand would champion Remy the rat’s superior product and Ratatouille handles it as such. This is an inclusive movie if there ever was one. The only thing demonized is indisputable garbage, which most of Remy’s rodent contemporaries are accustomed to eating. Creativity and innovation are what’s glorified. With that said, there are plenty of silly physical hijinks and pulse-pounding chase scenes to keep the kiddies entertained while the adult mind is equally nourished. In an age when widespread appeal typically translates into watered-down tripe, Ratatouille proves that only a wholly delicious cinematic experience makes for one that anyone can enjoy. – Josh Goller 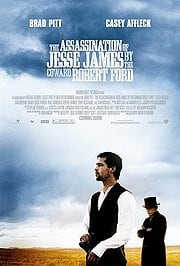 9. The Assassination of Jesse James by the Coward Robert Ford (dir: Andrew Dominik)

Released amid a bumper crop of grandly scoped revisionist westerns, The Assassination of Jesse James by the Coward Robert Ford may be the biggest of all of them, a distinction that stems directly from its expansive, imposing title. Working within the confines of the historical biopic while leaving room for poetically lensed visual digressions and standard genre trappings, the film spends its nearly three hour running time digging deep into the minds of both the title characters, finding a connective juncture in their twinned legacy.

Brad Pitt’s Jesse James is a gruffly likable criminal mastermind, assured of his reputation and protected by a network of friends, even with the law constantly at his back. Casey Affleck’s Robert Ford is a perpetual loser, a peripheral figure who lacks the same integral stuff that makes James so effortlessly commanding. The two cross paths against the monumental backdrop of the American West, which is presented with a near-Malickian affection for waves of grain, towering mountains and icy lakes, granting the film a tactile beauty that extends to the depictions of violence: the train robbery scene is a benchmark for modern cinematography and one of the best action set pieces of the last decade.

All this builds to a sustained climax, in which James conscripts Ford as a device to cement his own legacy. Sensing the end as the law closes in, he massages the weaker man’s envy and desire and then shows him his belly, or in this case his back, resulting in the gunslinger being gunned down while hanging a picture. Ford is victorious, but only for a moment. James gets a tragic death scene and a lasting legacy of outlaw daring; he gets a title card announcing his death in a bar at the hands of a parasitic fame seeker. Few movies have dug this deeply into the western mythos; even fewer have made such a great film out of doing so. – Jesse Cataldo 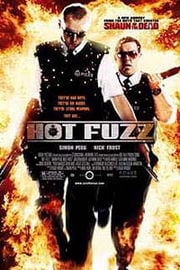 As in Edgar Wright’s previous feature Shaun of the Dead, Hot Fuzz uses genre to bring the world of cinema closer to the concerns and conflicts of everyday life. Shaun of the Dead was a zombie movie only on the surface. Underneath, it was the story of an aimless man who faces a great conflict and, in doing so, finds a way to redeem himself and his life. In Hot Fuzz, an all-business and mostly humorless police officer finds a way to fall back in love with his work through the sheer excitement and adrenaline-rush pleasures of action movies. Wright’s modus operandi rejects the frequently shallowness of meta-referential postmodernism because Wright never severs its connection with the joys of cinema, its magic.

Nicholas Angel (Simon Pegg) is transferred to the sleepy, placid town of Sandford because he is too good at his job in the city. Hyper-efficient, he lacks the love for the job that Sandford police officer Danny Butterman (Nick Frost) possesses, albeit without any of Angel’s skill or professionalism. The plot is conventional and formulaic, but these words need not convey a paucity of inventiveness, personality, or significance. In this sense, Hot Fuzz, like its predecessor Shaun of the Dead, is a film with two parallel plots. On the one hand, there is the conventional story, a conflict needing to be resolved by the film’s protagonist. On the other hand, there is the reinvestment of ourselves, the audience, in the mechanics of cinematic storytelling, in the medium itself. The protagonists of both Hot Fuzz and Shaun of the Dead lack something that they eventually gain, and in part, what they gain is precisely an ability to appreciate the pure experience of their lives, which is lacking in the same way that a jaded moviegoer can no longer enjoy cinema’s most basic pleasures. Hot Fuzz‘s invocation of the action genre isn’t know-it-all referentiality or an attempt to dodge the challenge of originality. It is, in its own strange way, a reaffirmation of life itself, like all great art. – Trevor Link 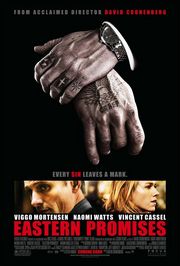 The crime drama genre is as old as cinema itself, its conventions so entrenched that certain character types and plot twists and action scenes are almost necessity. And while Eastern Promises delivers on these genre-ready clichés to an extent, director David Cronenberg manipulates them into something else, something still recognizable as a thriller yet undeniably unique.

Cronenberg’s confidence in his craft is on full display, his complete control used to subvert expectations of both characterization and narrative form. Cronenberg also cheekily plays with the idea of what constitutes a Cronenberg film. He teases the audience by opening with a grisly murder, then backs away, allowing the horror to unfold realistically. There are no inhuman grotesqueries here, but rather bodies covered with tattoos that are more stories than scars, stories that speak about life as much as they do pain and death.

Eastern Promises has an economy of story-telling that is deceptive. This tale of crime and culture clash in modern-day London seems linear on the surface but twists, ever so slightly, into an exploration of human compulsions. The cast, without exception, is strong, their performances able to withstand the cinematic scrutiny of an unwavering lens. Viggo Mortensen is particularly solid, approaching the role as the driver (and more) for the Russian mob with the confidence to underplay multiple shocking reveals, both of his body and of his character. While Eastern Promises falters a bit toward the end with an explanation that is a bit too pat and straightforward to be a true twist ending, it remains an exceptionally intelligent and perceptive look at life, death and the thin line between sinister deeds and good intentions. – Stacia Kissick Jones 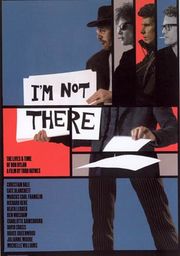 Todd Haynes has an obsession with new versions of old stories. From the Bizarro world version of the Carpenters in Superstar: The Karen Carpenter Story (1987) to the secret history of glam rock by way of Oscar Wilde and alien foundlings in Velvet Goldmine (1998), the history of popular music and what strange mythologies it brings seems to be one of his driving forces. I’m Not There may be the ultimate expression of this particular interest of his, a strange, singular film concerned with but really about the most enigmatic musical figure of our times: Bob Dylan.

Of course, it’s not as simple as that. I’m Not There is best thought of as “inspired” by Dylan, although even that is understating it. The film is based around the idea of the singer, the legends and truths and stories and facts that have built up around the man over the decades. Suitably, Haynes recruited six actors to play the different facets of a legend on display here: Christian Bale, Richard Gere, Heath Ledger, Marcus Carl Franklin, Ben Winshaw and most notoriously, Cate Blanchett. Each plays a different version of the public perceptions of Dylan, from a born again Christian preacher, a dickish actor, a folk music devotee, a recluse in a weird old America, a quoter of the poetry of others and an acidic pop star. Haynes perfectly hits the notes of each of these paradoxically, yet strangely complementary aspects, rarely ever directly invoking the living ghost behind it all.

I’m Not There is a triumph of a movie precisely because it’s so frustrating. It’s non-linear and careens wildly from cinematic style to style, but it gains power through each abrupt shift in tone and image. It’s the kind of movie that thrives in contradiction and in that, it’s perhaps truest to its inspiration. – Nathan Kamal