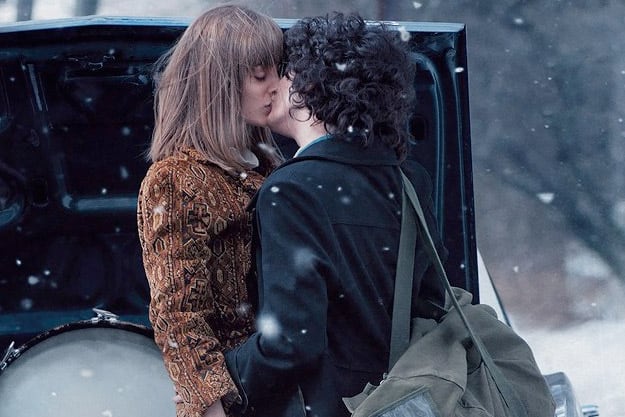 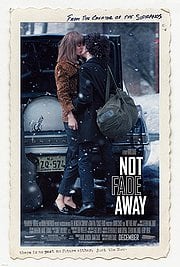 It is impossible to discuss David Chase without bringing up “The Sopranos,” the towering series that will no doubt dwarf and consume Not Fade Away, the director’s full length debut. Though Chase only directed a handful of “Sopranos” episodes, he is responsible for the series’ finale that drove fans into paroxysms of both ecstasy and disappointment. So, in many ways, expectations are elevated that Chase will come through with his first film about a group of teens who decide to form a band during the late ‘60s.

The story is cliché and the characters stock, but Chase tries to do something different with Not Fade Away and that’s tell the story via an elliptical style that leaves the audience to fill in the blanks between scenes. It’s no surprise that his protagonists watch (and openly grouse about) Blow-Up. Unfortunately, David Chase is no Michelangelo Antonioni and his attempts to create gravitas out of yet another bittersweet coming of age story contain more failed elements than successes.

Chase does well to recreate the milieu of 1960s New Jersey as his wayward protagonists fall in love with the sounds of the Beatles and the Stones, hurling them from the conformity of the ‘50s into the freewheeling lifestyle emanating out of the Village, its influence creeping into the suburbs, replacing crew cuts with long hair and Converse sneakers with heeled boots. And while we’ve seen this story told before (as “Mad Men” is currently doing), Chase tries hard not to pander, but in doing so, derails his entire project.

Not Fade Away tells the story of Douglas (John Magaro) who discovers the Stones and joins the counterculture. Rather than telegraph the defining moments of the ‘60s à la Forrest Gump, Not Fade Away’s characters are too lost in drugs and drinking and looking cool to really care. Douglas may sound off against the war in Vietnam, but he’s really buying more into the image than the ideals. If it helps him get laid, then why not?

Douglas’ story may be typical (James Gandolfini is on-hand as his dissenting father in a role that is eerily similar to his Tony Soprano) but Chase includes other disparate threads in the narrative that feel unfinished and barely sketched out. Characters came and go without much exposition and a prologue featuring Mick Jagger and Keith Richards on a train is strangely out of place.

While not quite the kissing cousin of Almost Famous, Not Fade Away trades in Cameron Crowe’s wide-eyed wonder and idol worship for kids who see making music as a way to get by. One of the guys may espouse the virtues of art and self-expression, but Chase lets us know that these reasons are pure bullshit. Just like Adventureland, Not Fade Away feels like a nostalgia trip for its director, one that will clearly be more important to him than the rest of us. When we last see Douglas, he is hitchhiking in the late hours on the deserted streets of Los Angeles. It’s really hard to care if someone picks him up.