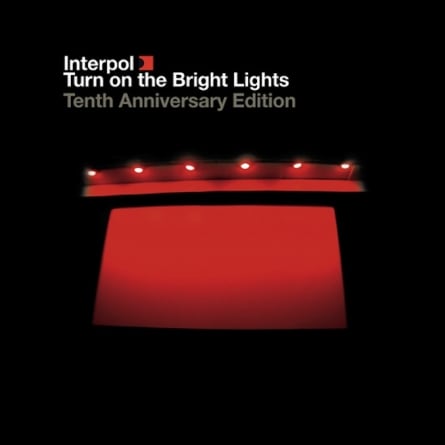 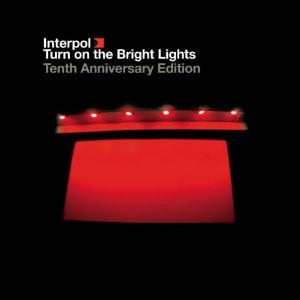 It has been 10 years since Interpol released their first album, Turn on the Bright Lights. In terms of trend and band longevity, that might as well be a different geological epoch. Only a year before the band’s debut, a group of rich kids got dressed up as Johnny Thunders and the Heartbreakers, were declared the saviors of rock ‘n’ roll and released a decent album called Is This It. The year after Interpol’s debut, a New York trio with a charismatic, shrieking lead singer would shoulder their way past competitors with Fever to Tell, and after several implosions a band of solemn weirdoes formed to call themselves Arcade Fire. But in 2002, Interpol stood alone. Perhaps it’s merely the distancing effect of time, but even on their first full length release, the quartet was remarkably self-contained, seemingly emerging fully realized.

Of course, as with any successful band, that kind of perfect debut was the result of years of hard work and careful sculpting. By the time Turn on the Bright Lights was released, Interpol had already dropped one drummer and gained another, as well as shuffling roles until Paul Banks emerged as singer and nominal frontman. Guitarist Daniel Kessler’s prior experience in the music industry as well as his hustling demos and gigs over New York City in the band’s nascent year established them as a known working band, as did his reported insistence on a cohesive, slick image for the group. So while the album may have sounded like the sudden materialization of a new band to national listeners, Interpol had put in their time.

And naturally enough, one of the selling points of the 10th anniversary reissue of Turn on the Bright Lights is a look into what it took to build that impression, along with a remastered version of the album, four demo tracks, an unreleased song, a slew of B-sides EP tracks and Peel Session entries. But while the extra tracks are interesting, they’re neither rough nor polished enough to really gain insight into what made songs like “NYC” or “Stella Was a Diver and She Was Always Down” (simply titled “Stella Third Demo” here) so remarkable. That’s not to say that the demos are not solid songs in and of themselves, nor the additional tracks a good indicator of the band launching themselves towards their full length. But simply put, there’s very little difference between the early versions of those songs and the fully developed version on the album. They sound a little less slick; the mixes are a little different; the production is less pronounced. They sound like, well, demos. And that’s interesting enough, but it’s hardly revelatory.

Fortunately, the album itself sounds as good as ever. Turn on the Bright Lights doesn’t sound like any other album of the time, by turns violent, brooding and wondering. The very first icy guitar strains of opener “Untitled” are chilling, yet strangely familiar; they’re imbued with a sense of purpose, even as Banks’ voice breaks in to sing, “Surprise, sometimes, will come around/ Surprise, sometimes, will come around/ I will surprise you sometime/ I’ll come around.” It’s Banks the lyricist in a nutshell, all circular wordplay and enigma. The track is immediately followed up by the driving “Obstacle 1,” punctuated by rhythmic slashes of guitar and Sam Fogarino’s spare, clattering drums, which in turn is followed by perhaps their finest song, “NYC.” A soaring, dark ode to the city that brought the band members together, its lyrics are so ambiguous they’re nearly meaningless; instead, they function in an expressionistic sense, bringing together exaggerated images without connection that somehow come together perfectly over the crystalline music.

Not enough attention has been given to the production work by Peter Katis and Gareth Jones on Turn on the Bright Lights, and perhaps this new edition of the album will rectify that. As seen by the included demos and extra tracks, Interpol was given a huge assist in the studio to turn their songs into the epics they became. While the bonus material added to the reissue will no doubt be of interest to diehard fans, the album doesn’t particularly need it, nor does it shed much light on the band before they exploded. Turn on the Bright Lights is a near perfect album on its own; it doesn’t need to show the blueprints to make it whole.