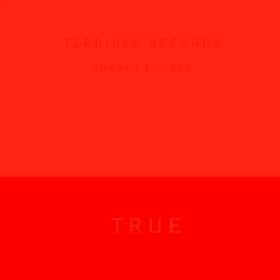 [xrr rating=2.75/5]Young women’s heartbreak is a big seller in the recording industry, with superstars like Adele and Taylor Swift molding Grammies from their tears, and Pink and Kelly Clarkson cashing in on anthems of independence year after year. With so much attention paid to the extremes, Solange’s latest EP, True, is refreshingly reflective, a melancholy review of past relationships that neither wallows in its sadness nor purports to be quite over it.

The EP opens with the shimmying “Losing You,” whose clapping and yelping rhythms enliven the New Wave synths. The track loops endlessly as Solange etches verse and chorus into the beat. She shifts smoothly into “Some Things Never Seem to Fucking Work,” world-weary in its profanity and funnier for it. It can hurt to be too self-aware, but Solange briefly breaks the fourth wall to admit: These are seven songs about the unhappy ends of relationships, which is thematically deliberate but not a reflection of reality.

“Locked in Closets” and “Lovers in the Parking Lot” take Solange higher in her vocal range, tying aggressive beats to thin, cooing vocal tracks that probably have origins much older but which Solange likely heard as a child of the ‘90s. “Don’t Let Me Down” opens and closes with popping vocals. “Look Good with Trouble” is practically a Janet Jackson hit softened with pillowed harmonies and just a minute and a half in length.

Closing track “Bad Girls” is not the M.I.A. hit of 2012, but rather the most classic-sounding R&B track of the EP. Solange is at her most vocally adventurous, vocalizing “yeahs” and “ohs” in a stronger timbre and higher in her range than anywhere else. A bass bends and a guitar mimics her. There are few lyrics, and the New Wave synths persist, but Solange emotes purely and ultimately woos us right through the end of the record.

On the whole, True is smoother and more relaxed than 2010’s Sol-Angel & the Hadley St. Dreams; the earlier release was more autobiographical, louder and influenced by Motown. This time, hints of ‘90s pop and ‘80s R&B bubble under Solange’s light voice. She has shaken off a few shadows, come into her own with the maturity of her mid-20s, and chucked all the largesse of radio R&B. Fortunately, she’s riding the tails of a red letter year for the genre, with artists like Miguel and Frank Ocean reviving interest, at least among the indie rock internet critic set, in such complex romanticism and sensuality.