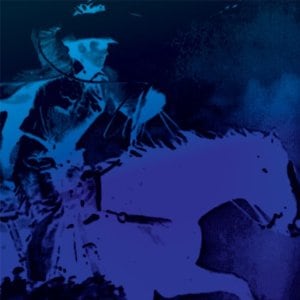 [xrr rating=3.5/5]In November 2006, Jackson Pollock’s No. 5, 1948 snagged $140,000,000 at auction – quite a sum for droplets of paint haphazardly thrown across a canvas. Given the nature of fine art, the lofty price tag wasn’t based solely on the tangible artwork, but for the reputation of its artist, the techniques in which the work was completed and the sense of heritage that Pollock’s art carries. It is these same elements of context that add value to the 12-track Instrumental Tourist collaboration between ambient electronic artists Tim Hecker and Daniel Lopatin. Much like the artists’ lengthy solo discographies, IT revels in the dichotomy of classic synthesizers; creating a wasteland of digital decay and ambivalent synth drone while simultaneously pushing the machines to mimic the tones of nature.

Released on Lopatin’s own Software imprint, the album is the first in the SSTUDIOS series of collaborative efforts. Primarily improvised, IT’s 55-minutes give little insight into whom is at the helm of the melodic creation or sonic destruction. Like a time-tested pair of painters, the duo construct riveting landscapes like the film noir “Scene From a French Zoo”, the Eastern-influenced “Racist Drone” and the ominous (wood)wind-swept “Grey Geisha”, but as each begin to nestle into hushed tranquility Hecker and Lopatin add chaos to the canvas in the form of prolonged feedback or static interference.

The ongoing use of static establishes a barrier around that album’s flourishing instrumentation. On both “Uptown Psychedelia” and the title-track, the duo’s synth interplay evokes memories of carelessly exploring a new town until harsher tones surface and transform the joy into feelings of loss, fear and despair. As the LP redirects the listener to the digital cavern of “Ritual for Consumption”, those that have taken the journey are met with the brightness of a harp, the shriek of digital bat wings, the murmurs of running water and the frequencies of broadcast television warning signals. The world seems unreal, but designed by drone-aficionados it becomes a place of blissful dreams and hellish nightmares.

“Intrusions” is a cleverly titled attack on the aesthetics of ambiance. The duo’s synths eventually reach a turbulence-free atmosphere, but only after piercing through a barrage of sharp feedback. The dissonance never totally subsides, but is utilized as buoyancy to keep the ethereal synth waves from pooling and imploding into an unavoidable black hole. A black hole which transports all energy into a smoke-filled jazz backroom otherwise known as “GRM Blue II”.

Instrumental Tourist, like Pollock’s abstract expressionism, is not art for the un-initiated. The LP makes you ask questions, not just of the songs and production techniques, but of oneself. Only after examining the work from multiple different angles, learning about the creators and examining the deep-seeded passion of Lopatin for his equipment and mimicking the organic sounds around him, does one even know the questions to ask and the directions to look for answers. At the very least, IT is a cataclysmic drone album. However, for those with a fascination for the progression of synthesizer-based music, it is a trip into the convergence of music, noise, technology and emotion.