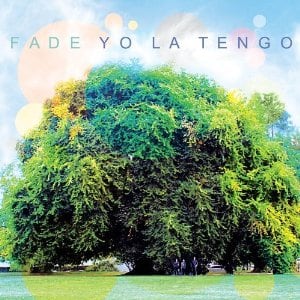 [xrr rating=4.5/5]There probably aren’t that many people coming at a fresh Yo La Tengo album expecting something markedly new, which, come to think of it, is probably fair. It’s been nearly 30 years since Georgia Hubley and Ira Kaplan decided to form a band together and about 20 since the line-up solidified to comprise Hubley, Kaplan and bassist James McNew. Anyone wanting to sample a Yo La Tengo effort has a dozen proper studio albums to choose from and a slew of compilations and oddball one-offs (there may actually be no better introduction to the band than the exemplary 1996 rarities collection Genius + Love = Yo La Tengo). Hell, they’ve even stuck with the same producer, Roger Moutenot, for two decades, working with him on every album since Painful, in 1993. They’ve never progressed much beyond cult status, but that cult is a devoted legion of fans, enough to keep them basking in indie rock reverence until the day they decide to call it quits.

If there was ever a time to anticipate something different, however, it is with their newest outing, Fade. Parting ways with Moutenot, Yo La Tengo instead turned to Tortoise and The Sea and Cake drummer John McEntire, who’s also got an extensive list of production efforts, including efforts with the likes of Broken Social Scene and Kaki King. There’s also some reason to believe accumulated experience, both positive (Hubley and Kaplan celebrated their silver wedding anniversary last year) and negative (Kaplan had a serious enough health scare in 2011 that the band’s much-loved annual Hanukkah shows were in jeopardy), might weigh a little heavier on this album than other recent efforts. Kaplan has even somewhat acknowledged the latter possibility, noting to Spin that the album is “open and emotional.”

Perhaps predictably, Fade is both a bit of a departure and right in Yo La Tengo’s sonic wheelhouse. The soft, velvety (and Velvet-y) shimmer of the band’s sound is recognizably in place, right from “Ohm,” the opener that runs nearly seven minutes. Atop a loping rhythm, the lyrics unfold with a languidly pessimistic view of the world, tempered by an almost sweet call for endurance: “Sometimes the bad guys come out on top/ Sometimes to good guys lose/ We try not to lose out hearts, lose our minds.” The song sprawls endearingly with a bendy, unrushed guitar solo and a richly fuzzy wall of sound before the lyrics seemingly conclude that all the futility of an unjust existence is all right “‘cause it’s been fun.” If the production is just the slightest bit crisper than it has been before, the prevailing tone of the album is still that of a band willing to hide a bit in the murk of their music, like a sullen teen avoiding eye contact behind a wall of greasy bangs.

Familiarity is nice but it risks Yo La Tengo being taken for granted (as was arguably the case with their very fine prior release, Popular Songs, in 2009). There’s so much to like on Fade – the intricate melodies and heartfelt lyrics of “Stupid Things,” the soft-spoken pop lope of “Well You Better” – that it’s tempting to scramble to find something that’s entirely novel in the music, something that can enliven discussion of its merits. And yet I keep coming back to the notion that what makes this album special isn’t some striking reinvention, but the way it recalls one of the band’s very best records, And Then Nothing Turned Itself Inside Out, released in 2000. It has a similar emotional frankness, covering the sine wave ups and downs of relationships with a stark, direct honesty. On “Is That Enough,” bolstered by light, lovely strings that could have been imported from a Jens Lekman song, Kaplan sings, “I wonder if you’re sleeping/ I wonder how to know/ I wonder why I hate to let that show,” before answering the question of the song’s title by concluding, “It’s not enough, no/ If it’s unclear, the way I feel for you.” There’s something refreshingly adult about it. Other musician’s Kaplan’s age and older (he’s in his mid-50s) are pining after girls in their songs, but he’s asking the sorts of troubling questions grown-ups do when they face down their disappointments and shortcomings.

Maybe the most direct acknowledgement of the challenges Kaplan and his cohorts have faced shows up on the penultimate track, “The Point of It.” The lyrics acknowledge the fear stirred up by the passage of time in the tender lines, “Say that we’re afraid/ Say the night is close.” It’s not presented as grim, depressing thought. In fact, the song offers up a more comforting thought: “If our story’s told/ That’s the point of it.” There’s perhaps a lesson to be applied to Fade itself. Expectations for something unique and therefore attention-getting can be drummed up for all sorts of speculative reasons. In the end, though, it’s simply another excellent Yo La Tengo album. It needs no point other than that.