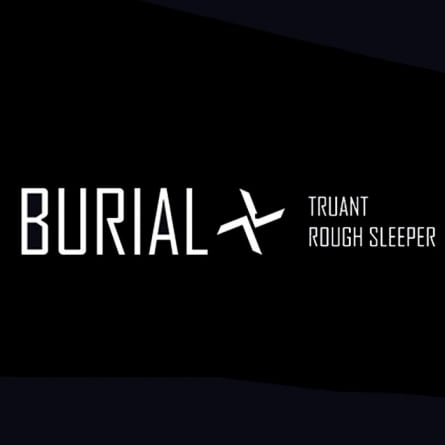 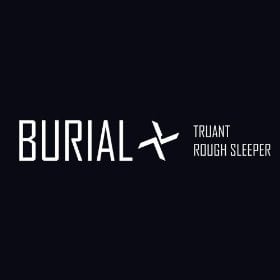 When Burial released Untrue in 2007, his willful anonymity was as important to the intrigue of his music as continuing to explore the sound he created with his 2006 debut. It’s been a few years since Burial revealed his identity, so the focus has shifted to a better question: what’s next from William Bevan, and how will each new release define Burial? With Untrue, Bevan clarified his sound and improved upon Burial in nearly every way. He released the Street Halo EP in 2011, utilizing every Untrue aesthetic in maximal fashion, while the 2012 Kindred EP added to the blurry beats intermingled with cityscape sounds and warped, jittery vocals. “Kindred” relied on a grander sense of weight and impact but the career-defining “Ashtray Wasp” was the real standout, demonstrating Burial’s immense talent for intricate sonic depth with production that swarms beneath the song’s cavernous net. The clattering but steady beats behind Burial’s songs certainly define his sound, but it’s all the other details he continues to rework and bend and perfect.

The Truant/Rough Sleeper release only features two songs (each coming in at over 12 minutes), but both revolve around enough distinct shifts in mood and rhythm to feel like an expertly sequenced album. “Truant” begins clattering along a tense melody, crystalline chimes and digital dust bouncing off its meandering path as a sample calls from afar, “I fell in love with you.” This all combines to create an effect as expected of Burial’s musical identity as any of his past work, but then something magical happens about four minutes into the track. The beat disappears, Burial establishes a new tempo and an aimless vocal begins expanding into the song’s atmosphere. When the drop hits — more a short-lived void than an introduction of some dramatic new sound — an impatient vamp starts to be covered by mutated orchestral samples that hiccup and flicker as they expand steadily. Unlike so much of Burial’s music, which always feels tied to a nocturnal rendering of London’s tangled streets, this portion of “Truant” feels upbeat and optimistic, even if it’s never separated from the song’s larger darkness and eventually returns to the murky, subterranean dimness Bevan is so comfortable exploring. Yes, this is still a headphone listen for the Burial true believer, but the destinations mapped into this ride are not quite the ones Untrue would have suggested a few years back.

“Rough Sleeper” is no different, stringing together a suite of ideas that start with lingering organ chords and more of those slippery vocals that are impossible to parse and more powerful for it. While “Truant” is an achievement all on its own that justifies the deliberate pacing of its various segments, it bleeds into the hollow mechanized groan at the beginning of “Rough Sleeper” and benefits from both tracks being played together. The latter spends more time focusing on the 4/4 pulse that accompanies those earnest vocal samples, but also features distinct punctuation that drives the song’s more swirling portions into a warm, cocoon-like place. While both “Truant” and “Rough Sleeper” come close to reveling in Bevan’s technical capacity as much as the songs on Kindred, they’re defined much more noticeably by how enchanting they are together, a 12″ that feels more akin to the overall effect Untrue achieved. If Bevan continues to issue small releases of this quality, especially considering the complementary tone at play on Kindred, it might just prove to be the definitive format for Burial’s work.