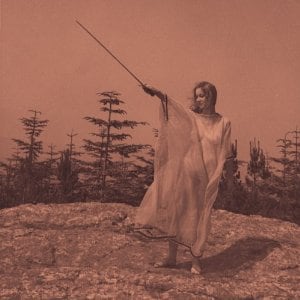 [xrr rating=3.5/5]It’s fitting that Unknown Mortal Orchestra’s self-titled debut LP was released in the summer. After it landed in June of 2011, the record served as a fuzzy, melodious soundtrack to sunny days and hot nights. While the band’s quirky aesthetic of lo-fi guitars, driving rhythms and thin, falsetto vocals made that first album a staple of the underground in 2011, the question arose of how long the band could sustain its commitment to spacey garage pop.

Unknown Mortal Orchestra’s sophomore effort II walks a thin line between continuing the fun, distinctive sounds of the first record and pushing the group into deeper, darker directions. Leader and principal songwriter Ruban Nielson has apparently found inspiration in his life on the road over the past couple years. The native New Zealander/adopted Portlander proves that he has refined his writing skills considerably since the first release. II retains a sonic surface full of hooky melodies and bright, carefree grooves. Underneath this outer layer, Nielson’s angst-filled lyrics about depression, loneliness and drugs ensure that the record’s emotional frequencies are varied and complex.

Opener “From The Sun” begins with a quickly building guitar surge, making the listener think that the tune will start full force. Instead, some thin, quiet acoustic guitars enter, evoking introspection over bombast. The opening lyric, “Isolation can put a gun in your hand/ If you need to, you can get away from the sun” establishes the record’s dark underpinnings. A trippy guitar solo over a drone background at the end of the tune shows us that Nielson is transcending the short-form pop format that dominated the debut record.

If “From The Sun” serves as a warning cry—a battle report from a man in a dark place—lead single “Swim and Sleep (Like a Shark)” is a reminder of why Unknown Mortal Orchestra’s music emerged from the shadows of obscure blogs in the first place. The second track is a nearly perfect pop song. Its lead line and chord progression are intricate, yet instantly hummable. The lyrics speak of escapism, though of the dark, desperate kind rather than fun-in-the-sun variety. In an aquatic fantasy to rival Ringo Starr’s on “Octopus’s Garden,” Nielson muses, “I wish that I could swim and sleep like a shark does/ I’d fall to the bottom/ And I’d hide ‘til the end of time in that sweet, cool darkness.”

“So Good At Being In Trouble” is superb minimalist soul, capturing Nielson’s voice at its funkiest. The groove feels so good that the band is content to let it ride out for a while after the final chorus. The funk factor is dialed up a notch on “One At A Time,” a downright dirty-sounding track featuring bluesy, Hendrix-inflected guitar riffs run through numerous envelope filters. The slow, psychedelic opening of “The Opposite of Afternoon” feels a bit superfluous, and the song’s tuneful, yet not particularly memorable, riff is repeated a time or two too many in between choruses.

The slight hint of excess in arrangement that slips in on “The Opposite of Afternoon” plagues the record’s second half, albeit to a relatively minor degree. The psychedelic surf tune “No Need For a Leader” and slow jam “Monki” could both benefit from being reduced by a chorus or two. “Faded In the Morning” feels a bit derivative of earlier tunes on the record. Even though Nielson could use a good editor, he has shown substantial growth lyrically and melodically since the first record. Much like Passion Pit’s Michael Angelakos, Nielson molds together intriguing, life-affirming art from juxtaposed darkness and light. Unknown Mortal Orchestra may be trying to get away from the sun on II, but they’re shining brighter than ever.