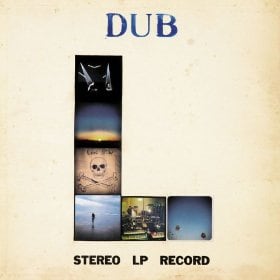 [xrr rating=2.5/5]In 2008, married couple Indra Dunis and Aaron Coyes moved from California’s Bay Area to Wisconsin. Not the typical path of migration, especially for aspiring musicians. By 2012, they’d become known as Peaking Lights and released their third album featuring sounds generated from their vast collections of vintage analog gizmos, a dub-infused psychedelic pop record called Lucifer. A handful of months later, they followed it up with an even dubbier remix version of that same album. Again, not the usual order of things.

Oddity has always found a home in the realm of dub music, the lumbering bass soundscapes acting as fertile soil for all manner of clattering and chime. Remix is virtually indigenous to the genre and implied within its very definition. While dub remixes are rarely done to songs already entrenched within dub, Peaking Lights saw an opportunity to tinker with more toys from their notable collection of second-hand electronic gadgets and ran with it. On Lucifer in Dub, Coyes slathers on an extra layer of that bass-heavy reggae derivation that makes these tracks gooier extensions of their originals, without adding much else.

As new parents (their young son Mikko’s digitized burbles and coos actually make a somewhat trippy appearance at the onset of “Lo Dub Hi Dub”), Dunis and Coyes seem to be stretching their offerings to the point of constructing the kind of “leftover medley” that makes its way onto family dinner tables when time, budgets or ideas run thin. They’ve lopped off Lucifer’s shorter intro and outro and they instead focus on the six meatier tracks in the middle. Jostling the order doesn’t hide the fact that the dub remixes (each affixed with the word “Dub” in the title, lest you forget) are retreads dressed up with thrift shop bells and whistles.

Coyes grounds these tracks with an amp-shaking bass foundation and sprinkles the air above with muted organ and spacey effects. Dunis’ voice wafts in and out and is often manipulated to sound far airier than on Lucifer, as though the listener is hitting play on the original album just as the drugs are about to take hold. Lucifer’s original “Cosmic Tides” is so similar to this album’s “Cosmick Dub” (you see what they did there?) that the only real difference is that here the track is stretched out for an extra 70 seconds. Three songs in, “Beautiful Dub,” a play on the original’s “Beautiful Son,” cranks up the effects, with a synthesized Theremin-like sound, use of that incessant disconnected landline telephone receiver noise, wispy vocals and simple keyboard patterns that are so tripped out they practically leave visual tracers. It’s the most effective song on the album, but I much prefer the still trancey, yet more heartfelt, original.

“Live Dub” and “Midnight Dub” round out the album in near parallels of each other. They both dig deep into the dub groove, but at the cost of trimming still more of Indris’ voice, one of the elements that grounded the listener on Lucifer and tempered that album’s excesses. All told, this remix album really should have been the B-side of a double disc release. This supplemental material may benefit those who need their dub turned up to 11, but otherwise Lucifer in Dub comes off as extraneous. Why bother with leftover medley when it only leaves you craving the original entrée?