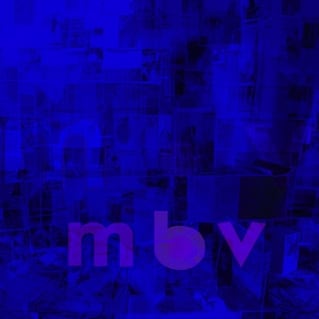 [xrr rating=3.75/5]To begin with, a mea culpa – I was never really able to get into My Bloody Valentine. I will say in my defense however, that it was due almost entirely to a lack of trying. By the time I started listening to “serious” music in the mid ‘00s, the effusive, glowing praise for Loveless had grown so mountainous that the risks associated with trying to master it were too great. Rather than risk the one guy who tried to climb Everest but couldn’t make it to the top, I decided to avoid the Himalayas complete rather than risk being stranded in a lonely base camp. Therefore when news broke that the new My Bloody Valentine record would be available in a matter of days, I found myself in a unique position. Unlike the vast majority of music scribes who couldn’t help but go into this with over a decade of expectations, preconceptions and other distracting baggage, I had the rare chance to judge this as simply a new album. Call it a face-saving attempt to turn lemons into lemonade, but I wanted to be able to hear the new album not as the product of the long-awaited return of the shoegaze messiah but nothing more or less than a rock n’ roll record.

After a few listens it became obvious that this music is far more about texture than about song structure or lyrics. What most intrigued me about the record was the fact that, rather than the searing sonic assaults that I foggily recalled from Loveless, mbv just as often melded atmospheric, at times even gauzy guitars with breathy, mixed-down vocals for an almost dreamy effect. Although there are moments of blistering, in-your-face distortion, more often than not the guitars are more subtle. Because of Shields’ array of effects pedals and unique whammy-bar strumming the guitars tend to float up like a shimmery mirage over a hot desert at once beguiling but impossible to pin down. I found myself mentally leaning forward while listening to the album, straining my ears to resolve the waves of sound and hushed lyrics into a more concrete musical experience like those that my brain is accustomed to. This can be an exhilarating or frustrating experience depending on the song, but it’s always a challenging one, demanding attention and effort from the listener in a way that’s rewarding, even when the song isn’t.

I wasn’t the only one to notice that the album seems to be broken up into three distinct sections of three songs each. It’s an interesting choice which, if nothing else, makes it easy to easily break down and analyze the mbv’s strengths and weaknesses. The record’s opening trio sounds the most like the Cliff’s Notes entry for My Bloody Valentine – noisy, guitar-heavy art rock songs. Opener “She Found Now” initially sounds like it’s going to be a wall-of-sound shoegaze classic but ends up instead coasting along pleasantly for five minutes without ever really getting out of first gear. The next two tracks, “Only Tomorrow” and “Who Sees You” are both more interesting fare, with Colm Ó Cíosóig’s drums shepherding them forward and lending impact and emphasis that “She Found Now” lacked. “Only Tomorrow” is the strongest of the bunch, switching between more traditional verses and mind-bending guitar interludes that leave your brained coated with waves of sticky, psychedelic grime, the effect is wonderfully hypnotic.

Speaking of hypnosis, one might suppose that was the goal of the record’s drowsy middle third although the result ends being closer musical sleep-induction. “Is This and Yes” is a fragile number centered around two ethereal organ/keyboard parts and Bilinda Butcher’s not-quite-singing. It feels like an idea that never fully cohered into a song and would have been better left as an interlude or b-side. “If I Am,” meanwhile sounds more like the kind of ambient indie-pop that might have sprung up on And Then Nothing Turned Itself Inside Out. It’s an intimate song that, while never gripping, manages to be charming by dint of never outstaying its welcome. “New You,” on the other hand, is probably the most fully realized attempt to explore this softer side of the group. Built around a meaty bass with sweetly tremolo’d guitars beckoning in the background, it sounds conventional enough to almost pass for straight pop with just enough mystery to sound like My Bloody Valentine.

After the somnolent mid-section, mbv picks up considerably at the end, starting with the shambling “In Another Way” which charges ahead on the back of more shambling drumming from Cíosóig and the closest thing you’ll hear to a distinctive guitar lick on the album. The group sounds as tight as it’s been all record on “In Another Way” but that’s just a warm-up for what’s to come. The beginning of “Nothing Is” reminds me of the fade-in to the Beatles demonic jam session at the end of “Helter Skelter,” with the same sense that you’re walking in on a band already locked deep in a groove. Feral drums and crashing walls of splintered guitars seems to meld together and feed of their own energy to build impossibly higher throughout the song’s three-and-a-half minutes before the recording cuts out just as randomly as it began. Finally, “Wonder 2” whirs to life and delivers the bizarrely satisfying sensation of listening to a pop song being sucked slowly backwards through an idling jet engine. It’s disorienting an impressive display of technical prowess to cap the record in way that almost feels like the band saying, “hey, in case you forgot, we can still blow your mind.”

So what ultimately to make of My Bloody Valentine’s third album? While the opaqueness of the lyrics was oftentimes frustrating and there are several moments that felt not fully realized it also had some of the most engaging, richly-textured guitar sounds since the demise of Sonic Youth. For my money, mbv is neither a disappointment nor a revelation; it is simply a thoroughly-satisfying piece of art-rock. And maybe that’s all that it has to be.