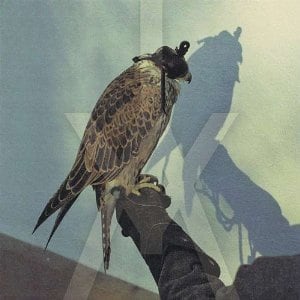 [xrr rating=3.0/5]The scene is littered with pop-punk bands trying to summon a flicker of bygone fire to animate their pseudo-angst, and Denmark’s Iceage responds, “You’re Nothing.” Proving that punk, real hardcore punk, has nothing to do with catchy hooks, You’re Nothing is a muddled mix of hard edges, flailing guitars and inarticulate singing. As with the Sex Pistols or Black Flag, it’s easy to tell that this is no artistic pose; the band is so invested that they almost seem to resent our attention. From classic punk to post-punk thrash, their music is all straight from the gut. Frontman Elias Bender Rønnenfelt sells this with raw vocal energy that colors the songs. Sometimes his voice cracks with emo suffering, slurs at the edge of exhaustion or exudes a fiery rage, but it always rings true.

The album’s earlier tracks evoke the sweltering shows I remember from 1983, packed with slamming bodies and ringing ears. In particular, the ironically titled “Ecstasy” is utterly satisfying. The bass-heavy grind of the verse is fatalistic and the monotone vocals reach for detachment but can’t hide the bruising. Then the band opens up into an up-tempo, West Coast drive that suggests a memory of joy. But the moment is elusive, serving only to accentuate the pain. In the pause before the verse returns, Rønnenfelt’s tired, hoarse voice locks onto the loss: “Pressure, pressure/ Oh God, no!/ Pressure.” As the band see-saws between these extremes with frantic slashes of distortion and relentless drums, the guitars whine like demonic power tools. The song begs for the physical relief of a mosh pit.

Iceage follows this with another simple thrasher, “Coalition,” and then breaks their pace with the moody “Interlude.” Beginning with the ambient hum of amplifiers, a light drone and fluttering vibrations, it evolves into a programmatic piece. Full of subtle texture and heavy tension, it feels like the soundtrack to a set of implacable events unfolding before us. It’s a cool sonic moment, but it’s unconnected to the rest of the album. Perhaps it’s intended to separate the straight ahead opening tracks from the more diverse songs that follow.

Sonic Youth-style noise rock (“Burning Hand”) and turgid post-punk (“Morals”) let the band demonstrate a nice range of sound, but You’re Nothing finds its sweet spot with a smattering of Midwestern punker tunes. Evoking a mix of Hüsker Dü and the Replacements, “In Haze” serves as the best example. Chaotic guitar jangle dances around Dan Kjær Nielsen’s busy drums flail while Rønnenfelt’s flat singing is full of snarl and rage. A recurring guitar riff offers a token taste of melody against the pounding tide of noise. Compared to “Ecstasy,” the vocals are all but incomprehensible. Occasional phrases sneak out between the mix and the accent, but the catharsis and emotion are more important than the words. Finally, the song dashes itself against the rocky shore of its ending. The guitar’s last detuned chord twitches reflexively in collapse rather than surrender.

Truth be told, there’s nothing really new here. Countless other bands worked these veins of nihilism long before the guys in Iceage were even born. But that’s irrelevant. Punk strips away artifice, denies ego-driven invention and pits us against waves of primordial noise. Iceage is right, we are nothing, but in the center of this storm, we are together.