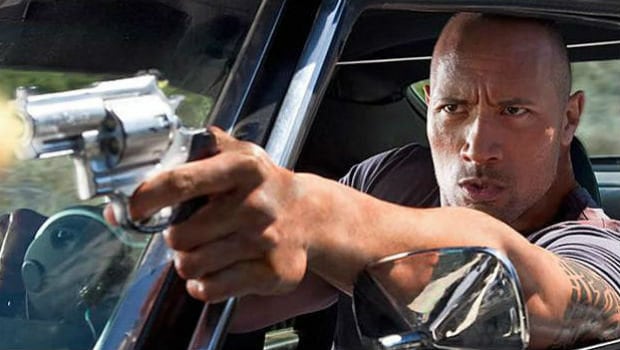 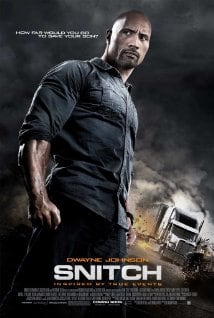 As depicted in Snitch, American drug sentencing laws allow convicts to reduce their sentences by giving up names of other criminals. The film tries to investigate the negative outcomes of new American drug policies by executing a baffling, unfeasible premise: What if someone were to take advantage of these snitch-encouraging provisions, in which a wholesome, innocent teenaged boy could be set up by his drug-dealing friend, receiving a bugged parcel of drugs in the mail and leading to his unfortunate, immutable 10-year prison sentence? What if, indeed. If such Salem witch hunt-like logic actually does dictate the American justice system, why aren’t there more cases of people setting up their enemies with nefarious flaming-bag-of-dog-shit traps? Of course, Snitch is only intended to be a dramatization of “true events,” but while it effaces its didactic exposé on the war on drugs—not only through a heavy-handed narrative, but a postscript that explains the new tough laws for first-time offenders—the film ultimately offers no insight about the desperate measures of both American drug policy-makers and the criminals they try to hunt down.

Instead, Snitch tries to critique the draconian nature of drug legislation through an increasingly ridiculous narrative, one that presents Dwayne “The Rock” Johnson yet another opportunity to set things right in a diegetic world gone awry via somber action scenes and the Rock’s organic self-righteous demeanor. When his character John Matthews cannot lessen his son Jason’s (Rafi Gavron) charges—not because they’re ludicrous to begin with, but because the boy cannot offer up any names, and refuses to falsely accuse others—John takes matters into his own hands, entering the criminal underground to find a dealer for the DEA and District Attorney Joanne Keeghan (Susan Sarandon). He becomes an informant after asking his ex-con employee Daniel (Jon Bernthal) for an “introduction” to Daniel’s old contact, local drug king Malik (Michael K. Williams). John offers Malik his trucking business as a safe, discreet drug transportation system. When challenged by Malik why he would risk entering the drug business, John claims the middle-class woes of the recession, which he falsely says has hurt his business. During the exchange, Malik hints at future business with a kingpin named El Topo (Benjamin Bratt), arousing the excitement of the wired-in DEA in nabbing an entire drug cartel with John and Daniel’s help. John is thus forcibly roped into a fatal scenario in which he must transport millions of El Topo’s money into Mexico, all so that his son can walk free. And miraculously, despite the cartel being notified of John’s status as an informant, he manages to save the day after a tractor-trailer chase-and-smash scene in which the might of the Rock and his many-ton vehicle make mincemeat of the gun-firing criminals coming after him.

Snitch is ostensibly about the unjust refusal of a conservative system in seeing the natural shades of grey in judicial matters, but the film juxtaposes this with characters who also lack shades in character. The film consists of little more than evil drug lords, wholesome hard-working family men and their vulnerable family members, alongside an opportunist conservative politician with a neutral DEA agent (Barry Pepper) tagging at her heels who can do nothing more than shake his head and unhelpfully advise John to not proceed. Instead of depicting the moral ambiguity of anyone and everyone caught up in the drug war—from multiple sides, a range of ages and many ethnicities—Snitch is less concerned with painting the war’s dense, contradictory web of corruption than simply heralding the heroism of a hardworking family caught tragically in a flawed judicial trap. The film goes out of its way to paint John and Daniel as being so noble (specifically in the case of Daniel, a bad guy turned good), their one-tone characterizations rob the film of any chance for real gravitas, settling instead for the artificial seriousness of tonally appropriate cinematography, music and pseudo-gritty dialogue.

There are many problems at task with the American government’s handling of drug trafficking, most of which having nothing to do with innocent families with no ties to criminal activity. By making a drug film that glorifies the fortitude of middle-class innocence, Snitch denies itself in relaying any substantial critique of the drug war, ironically suggesting instead that the drug war has become so anarchic and pervasive it now threatens everyone, including the neighborhoods and privileged livelihoods once deemed untouchable. 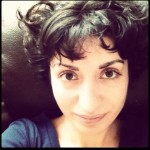