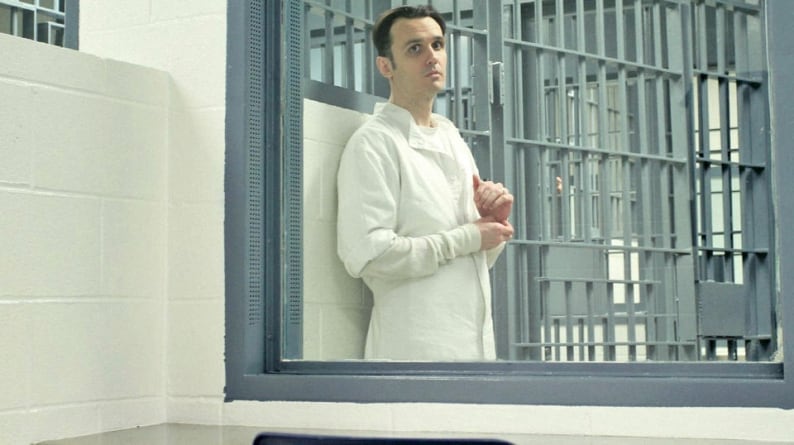 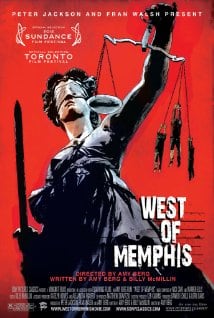 Has any crime been the subject of more documentaries than the Robin Hood Hills murders of 1993? Already explored in the trio of Paradise Lost films, Amy Berg’s West of Memphis is quite possibly the final movie about the West Memphis, Arkansas child killings now that the three accused men have been exonerated. But rather than focus on the crime itself, Berg’s film is more concerned about the gross mishandling of justice that saw the West Memphis Three lose 18 years of their lives behind bars, than a simple rehashing of facts.

Of course, directors Joe Berlinger and Bruce Sinofsky thoroughly explored all the lying witnesses, forced confessions and fudged facts that led to the convictions of Damien Echols, Jason Baldwin and Jessie Misskelley Jr. in the Paradise Lost movies. West of Memphis does review all that material in case you are unfamiliar with what happened. But rather than try and prove the innocence of the accused, Berg’s film goes on the offensive and condemns not only a compromised justice system, but the man many think actually murdered the three little boys.

A large section of the film is devoted to Terry Hobbs, stepfather of one of the boys killed. Since the West Memphis Three finally got released by entering an Alford Plea, where the defendant pleads guilty but maintains innocence (it’s pretty obscure and convoluted), Hobbs will never have to go on trial, despite a litany of damning evidence that he, in fact, murdered his stepson. So Berg and West of Memphis give the man the trial that he will likely never have.

It is here that West of Memphis hits a major snag. Berg goes out of her way to make Hobbs look and sound sinister, whether it’s via scary-looking family photos or testimony from old friends and acquaintances. Echols and Baldwin carried the reputation of being Satanists and therefore were suspected of murdering the three boys. In fact, they were typical teenagers who wore black clothes and enjoyed listening to heavy metal. In a small, conservative town, that type of behavior attracts negative assumptions and made it easy to vilify them. While the facts point heavily to Hobbs’ guilt, isn’t a little hypocritical that Berg is giving him the same treatment that Echols, Baldwin and Misskelley received?

Despite its gripping subject matter, West of Memphis sometimes comes off as self-congratulatory and pat. In fact, the case attracted high-profile supporters ranging from Peter Jackson to Eddie Vedder to Johnny Depp. I do not mean to trivialize the pain of Echols, Baldwin and Misskelley, but how many other wrongly accused people are languishing in jail without the support of Hollywood? It is impossible for the West Memphis Three to get back those 18 missing years. West of Memphis could have made a statement about presumptions and the fallibility of our justice system. Instead, we see millionaires like Vedder feeling good about themselves for saving three innocent people. How many more are out there? How can we prevent it from happening again? It took Hollywood to save the West Memphis Three. It is a shame that others who are wrongly accused can’t say the same thing.