April 11, 2021
Home Music Veronica Falls: Waiting for Something to Happen 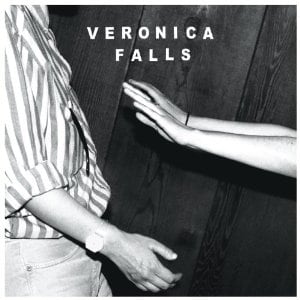 [xrr rating=2.75/5]Veronica Falls is a sort of reverbed Tilly and the Wall, a seaside Camera Obscura. Their boy-girl harmonies and retro-pop style are just a little darker, a little more askew than other throwback groups, but the bones are still of the same species. Assembled from members of the Royal We and Sexy Kids, the English quartet caught ears on both sides of the Atlantic with a series of singles and their self-titled debut in 2011. Dubbed everything from “twee” to “horror pop,” the band entrenched themselves in their washed-out pop sound and carried the lo-fi banner into 2013. On their second album, Waiting for Something to Happen, Veronica Falls steps back from their more gothic extremes to reflect on those complicated teenage years, the ones that were sort of idyllic but often uncomfortable, confusing, lonely or sad.

Roxanne Clifford and James Hoare still meld their voices while battling with their guitars. They revisit long, nighttime drives and fights and departures. Typically, songs written for young teenagers tend towards moralistic solipsism, casting oneself as unequivocally right and rivals as decidedly wrong, but by the late teen years—by the years of the nighttime drives and sudden personality changes and farewells evoked on these 13 tracks—young people begin to understand their own capacity to do wrong, to hurt others. This sudden onset of empathy colors every interaction, oftentimes a little blue. In fact, Veronica Falls sound something like a watercolor painting—drums, guitar and voices a little diluted but more or less seamless.

First single “Teenage” best demonstrates these themes, with the chaste hand-holding and initial-carving, in addition to being bubbly and sweet. The title track is beachy and breathless and chides the complacent. Its chorus will stick in your head like those sort-of-halcyon days when even an idea as everyday as “waiting for something to happen” sounded poetic, downright inspirational. “My Heart Beats” recalls Blondie, and “Falling Out” has the lilting melody of a nursery rhyme. Though they tend towards the poppier side of their “goth pop” subgenre, closer “Last Conversation” has the dark undertones that earned the band such descriptors just a year and a half ago.

The standout tracks on this album certainly do stand out, though they may not overtake “Found Love in a Graveyard” or satisfy a listener demanding major sonic strides or hoping for an epic sophomore slump. Waiting for Something to Happen is blessedly consistent, both aurally and thematically. “Every seed’s a flower/ And every second’s an hour,” they sing on “Falling Out,” perhaps their truest assessment of adolescence on an album of warm teenage feelings. The band capably recaptures the malaise of adolescence in all its gummy textures, but still manages to trick you into thinking those years—those long-denied or forgotten memories—were pleasant. That alone is some accomplishment.