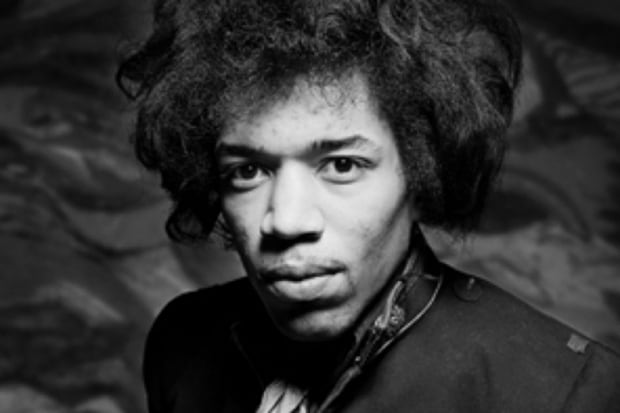 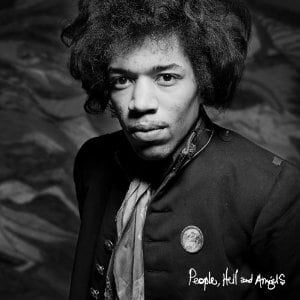 Jimi Hendrix’s posthumous musical fragments are more plentiful than pieces of the True Cross. While they probably have better provenance than Christ’s relics, we’re still picking over Hendrix’s bones. American culture has always been celebrity-obsessed and Jimi is a perfect candidate: he was charismatic, he transformed the electric guitar and he died young with too much potential. James Dean, Lenny Bruce and John Keats may have all been lost before their time, but unlike them, it’s not enough for us to revisit the work Hendrix released during his lifetime. We can’t let him rest in peace because three studio records and one live album can’t meet our insatiable need for more. Perhaps First Rays of the New Rising Sun or its progenitors Cry of Love and Rainbow Bridge might fit into the canon of legitimate recordings released after his death because that was what he was working on at the end. But his music has been packaged and repackaged so many times over the years that it’s lost its impact. By the time Crash Landing (1975) came out, producer Alan Douglas resorted to tarting up the tracks with overdubs, taking them out of their original context. It seems like every inch of audio tape Hendrix touched has been released on one questionable project or another.

Eventually, his family formed Experience Hendrix LLC and took legal control of his musical legacy. Their initial release, the 1997 recreation of First Rays of the New Rising Sun, was very respectful of the songs and Hendrix’s intent. Longtime studio partner Eddie Kramer brought credibility and a fine ear to the project. They followed with South Saturn Delta and Valleys of Neptune, offering cleanly mastered sound but not much new material.

And that’s the problem. The latest release, People, Hell and Angels, is carefully described as a dozen previously unreleased “performances.” Strictly speaking, that’s probably true, although a few of the parts may have been scavenged to create earlier Frankenstein releases. As good as they sound, songs like “Earth Blues,” “Hear My Train A-Comin'” and “Crash Landing” don’t highlight any new subtleties in Hendrix’s playing. A purist can tell that “Earth Blues” sounds more stripped down than the take on Rainbow Bridge, but the playing is completely familiar and his singing features the some of the same vocal phrasing as the earlier album.

Any rational reviewer would have to ask, “Why bother with yet another post-mortem release?” Unfortunately, the left side of my brain can’t harsh the buzz in the pleasure centers of my right hemisphere. Like an addict, I can’t turn away from the novelty promise of “new” Hendrix songs. The liner notes offer tempting details to tantalize me: Stephen Stills plays bass on “Somewhere,” elements of “Inside Out” would later evolve into “Ezy Rider” and several of the songs feature a second guitarist, giving Hendrix room for more exploration. The first listen provides the kick of appreciation. The smooth flow of blues-funk jams suggests a coherent intent, where the lazy groove of “Somewhere” sets up the psychedelic intensity of “Hear My Train A-Comin’.” Then I savor the work-in-progress feel of “Izabella,” as his Gypsy Sun & Rainbows ensemble struggles to lock into the stiff beat.

“Let Me Move You” and “Mojo Man” are surprising turns, with Hendrix sliding into a sideman role to back other players. The former track showcases saxman and singer Lester Youngblood on a solid blues rocker. This harks back to Hendrix’s work with R&B groups like the Isley Brothers, Curtis Knight and the Squires and James Brown. His guitar shred sounds great next to the wailing sax, but there’s not much interaction. It’s like the tune was built around his guitar track, so it misses his normal call and response between the music and vocals. The stronger “Mojo Man” also features a sweet horn section, this time with Hendrix’s guitar lines integrated into the soul funk jam. His friends, Albert and Arthur Allen brought the song to him as part of their Ghetto Fighters band project. After his death, several songs would be released featuring the Allen twins on backup vocals. “Mojo Man” was shelved in 1969, but he decided to work with them on it about a year later, seamlessly meshing in his overdubs to add his own inimitable magic to the track. While it’s a bit of an outlier from the rest of the album, the guitar is instantly recognizable and it’s one of the most polished pieces included.

After gorging myself on the album for a couple of days, I start to come down. With a more critical ear, I wonder if Hendrix would have wanted these sketches, scraps and practice sessions to overshadow his completed work. During his lifetime he took immense care with his projects, working out the smallest details and planning out the perfect arrangements. People, Hell and Angels joins with the long line of posthumous releases as a reverse memento mori; rather than reminding us that death is inevitable, they cling desperately to a life long gone. I don’t blame his family and the Experience Hendrix LLC for releasing this latest collection. They certainly deserve to benefit from our obsession if anyone does. It’s the fans like me that are responsible.