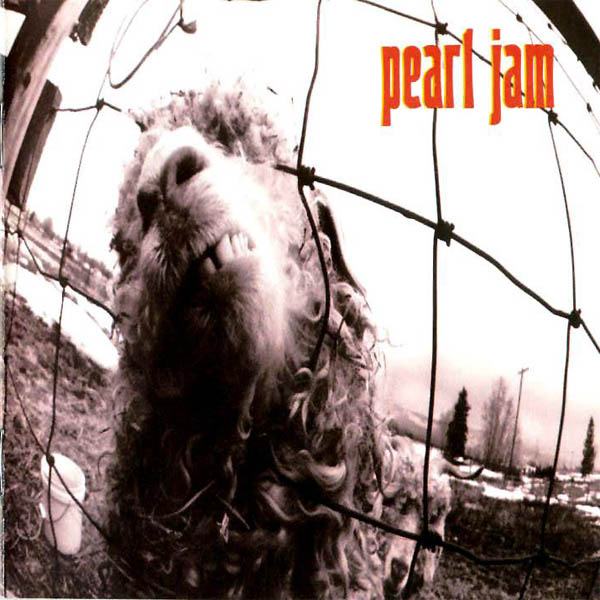 If grunge is viewed as a battle of the Seattle bands, history has proven that Pearl Jam won — and it wasn’t even that close. Of course, music scenes tend to be more amicable than battle, but you wouldn’t know it by taking stock of grunge’s casualties. Cobain killed off Nirvana with the shotgun that took his own life. Alice in Chains was never the same after Layne Staley retreated into drug-addled reclusion and ultimately chased his demons to his demise. Soundgarden disbanded for 13 years, during which time Chris Cornell proved with Audioslave that when you take Zack de la Rocha’s rage out of Rage Against the Machine, all you’re left with is a product of the machine. But Pearl Jam—the band that in 1990 first named themselves Mookie Blaylock after a mediocre basketball player—has thrived to the point that, now in 2013, they’re headlining Lollapalooza Brazil and playing a show this summer at historic Wrigley Field.

But 20 years ago, Pearl Jam’s sustained success was anything but a given, and in 1993 they faced the same frightening overnight success that broke down their contemporaries. Their debut Ten had rocketed them to fame via the same dark subject matter of depression, suicide and violence that would become as recognizably grunge as all that flannel. The pressures from the commoditization of their music wore on frontman Eddie Vedder most of all (it would only be another year before he’d lead Pearl Jam’s boycott of Ticketmaster over their service fee price gouging), and while recording their sophomore effort Vs., Vedder was turned off by how comfortable and pristine their pastoral surroundings were at their recording studio in Nicasio, CA (“I fucking hate it here… How do you make a rock record here?”). Vedder began sleeping in his truck and the band made a conscious effort to keep him uncomfortable. Eventually, Pearl Jam compiled Vs. by recording and mixing one track at a time, hitting creative lulls and overcoming them along the way.

The result was a rawer album with more jagged edges and far more variety than their smash hit debut, and also one that would set a new record for most albums sold in its first week with just shy of one million. Half the album’s songs would be released as singles—including the album’s first five tracks—each with its own distinct mood. Short-time drummer Dave Abbruzzese anchors lead track and first single “Go,” which thumps and roils for 30 seconds before blowing up into a triple-guitar assault that’s only intensified by some fleet vocal work by Vedder. “Animal” falls more in line with the wailing assault of Ten anthems like “Alive” and “Even Flow,” but with less sheen and more snarl. Vedder’s furious voice merges with the heavy guitars, and it’s open to interpretation who Vedder is ultimately raging against.

Meanwhile, “Glorified G” goes sarcastic as it chides gun enthusiasts with lines like, “Got a gun, fact I got two/ That’s okay, man, ‘cause I love God/ Glorified version of a pellet gun/ Feels so manly when armed.” With Jeff Ament on upright bass, and guitarists Mike McCready and Stone Gossard riffing into very disparate grooves, the song could have easily sounded ramshackle, but instead comes together with the kind of variety that made Vs. such a bellwether for the different avenues the band would take in the coming decades. “Dissident,” on the other hand, is a song that’s stuck in the ’90s. About a political refugee whom a woman initially aids but ultimately turns over to authorities, the whiney guitar and Vedder’s strained vocals are entirely grunge and simply haven’t aged well.

The other two singles, the acoustic guitar led “Daughter” and “Elderly Woman Behind the Counter in a Small Town” instill Vs. with its most heart. “Daughter” became the definitive track of the album, the abused girl with a learning disability at its core making the song something of a companion piece to the troubled boy in Ten’s “Jeremy.” Abbruzzese adds a different dimension to the song by using mostly kick drum and snare and the immediately recognizable acoustic guitar opening is soon bolstered by accompanying electric as the intensity of the song builds. The result: eight weeks spent atop the Billboard Mainstream Rock charts. Meanwhile, “Elderly Woman…” scales back the heavier subject matter and focuses on small town life and what keeps certain people in one spot while others move on to bigger things. Vedder has said he wrote the song in about 20 minutes, but you’d never think so—it’s one of early Pearl Jam’s more tender songs, a precursor to the gentleness of Vedder’s first solo album (the soundtrack for the 2007 film Into the Wild) or the transcendent beauty of 2009’s “Just Breathe.”

The versatility Pearl Jam exhibits on Vs. extends beyond the album’s numerous singles. “Rats” (which Vedder described as a song pointing out how vermin may be more admirable than humans in some ways) injects funk into the record, while “Blood” is Pearl Jam at their most sonically frenetic as they jab at the media. Not to be outdone, “W.M.A.” takes time out to touch upon police racism. And it’s evident on Vs. that—unlike, say, Nirvana—Pearl Jam was a proactive band from the start, eager to shine a light on pain, injustice or even absurdity rather than lashing out in response to angst or ennui.

Pearl Jam’s ascension and staying power led to a cacophony of douchey post-grunge Vedder-impersonators on the radio (Scott Stapp, anyone?), but the band themselves continued to change forms (it’s evolution, baby). They didn’t waste time basking in the success of Vs., as 1994’s Vitalogy routinely appears (along with Ten and Vs.) near the top of many a “Ranking Pearl Jam’s Albums” list and further diversified the band’s repertoire. They’ve since had a few missteps along the way (Binaural), but Vs. proved early on that Ten was no fluke and helped pave the way to cementing Pearl Jam as one of the most influential and successful rock bands of all time.

This exploration of an anti-religion religious movement presents a great concept, but its …