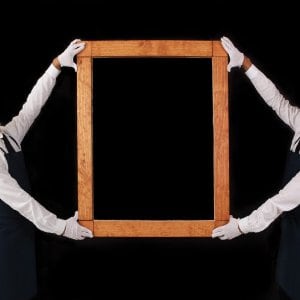 [xrr rating=3.0/5]Brooklyn’s Arthur Ashin, better known as Autre Ne Veut, is a tough nut to crack. His music is rooted in a certain traditionalism, but screams toward the future. While his sound wholly embraces the modern era, his visual aesthetic remains shrouded in an aura of mystery. Thematically his songs reflect a personal resonance, but the presence of humanity plays second fiddle to layers-upon-layers of a certain mechanical presentation. Although his 2010 self-titled debut offered an askew take of past R&B fixtures, his latest release, Anxiety, brings a straightforward soul into a technologically muddied world. And it’s great.

For all the eccentricities that surround his music, Autre Ne Veut’s managed to find a common ground with listeners in terms of a subtle emoting within his soundscapes. Whether you can understand the occasionally blurred vocals or buried lyrics isn’t a concern so much as his compositions and harmonies knowing exactly how to make the listener feel. While the busy reverberations of his production are just as stark as ever, the bulk of Anxiety is downright catchy, making this Autre Ne Veut’s most accessible work yet.

But perhaps what makes Anxiety such a fun listen is how truly album-minded it is. With tracks that gently shift and somewhat tonally bleed one into another, it’s occasionally tricky to realize where one track ends and one begins. Yet, considering the varying song times (it’s a 10 track, 38 minute long album on which the longest track is the 5:15 opener “Play by Play” and the shortest is the 2:06 “Promises”), Anxiety can somewhat be a confusing listen. Autre Ne Veut is usually a good judge of not letting a song go on too long, and while the shorter side of things give the album a great deal of replay value, there are moments and melodies I’m left wishing went on for a bit longer.

While somewhat jarring at first, Anxiety’s greatest strength might just be Autre Ne Veut’s talent for making choices that would normally seem on the more abrasive side of the avant garde sound incredibly palatable and natural. “Counting” might be the record’s catchiest song, and when the shrill noises rip through the chorus just past the one minute mark, it’s nothing short of triumphant. Autre Ne Veut’s falsetto is also an incredibly confident leader, guiding us through all the twists and turns that make Anxiety so memorable.

An utterly fearless record that doesn’t waste time obsessing over how fearless it truly is, Anxiety maintains the best elements of a truly unpredictable listen while still sounding like an organic and incredibly genuine artistic statement. While his thought process on songs like the animated “Promises” or “Don’t Ever Look Back” might seem daunting, they’re evident of a future master at work. Even after repeat listens, Anxiety is a welcome walk through the unfamiliar.