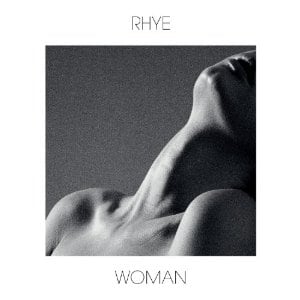 [xrr rating=4.0/5]In her landmark 1990 book Gender Trouble: Feminism and the Subversion of Identity, Judith Butler theorized that gender is a performance, a set of actions that we do, rather than a universal who we are. What it means to be “male” or “female” is more a product of societal conditioning than biological impulse. Canadian songwriter/vocalist Mike Milosh, a heterosexual man, has embraced some cultural signifiers of femininity in his music. He generally sings softly, approaches his notes tenderly and makes frequent use of falsetto (although, as he points out in a recent New York Times interview, he rarely sings as high as Thom Yorke). This musical gender bending has confused any number of critics who, in their initial reviews, took the title of Rhye’s debut record literally and assumed the primary vocalist to be female.

While it’s entirely possible that Milosh and Danish producer Robin Hannibal—the other half of Rhye—are trying to make a statement about the narrowness of gender expectations in modern popular music by remaining initially anonymous and sounding a whole lot like Sade, it seems more likely that they are simply making art that comes from an honest place. Woman feels wholly organic from start to finish and serves as a reminder of how exacting production values and smooth, silky sounds can yield their own type of authenticity. Hannibal and Milosh have both relocated to L.A. recently to pursue their own respective relationships, and Woman comes off as a rare thing in today’s indie-sphere: a non-ironic, ultra-sincere sonic tribute to romantic love.

Rhye traffics in the kind of textural minimalism that not only characterizes Sade’s Diamond Life but more recently, the xx’s first two records of intimate “bedroom” music. Each tune is anchored by a rock-solid, laidback R&B groove. The kick drum and bass are tighter on this record than on virtually any other release this year. Milosh’s sensitive voice, rarely soaring above the level of intimate whispering, is sometimes accompanied by soulful backing vocals. Horn and string arrangements subtly pepper the tunes, providing some of the most pleasantly melodic moments on the record. A string-section feature on “The Fall” and a soprano saxophone solo on “One of Those Summer Days” are just as memorable as Milosh’s sublime melodies.

Woman is as minimalistic lyrically as it is musically. Romantic lines are often put on repeat, such as the request to “stay open” from the first track. The lyrics are often so direct and naked in their intensity that you get the sense you are eavesdropping on a private conversation. On “The Fall,” Milosh begs his lover to, “Make love to me one more time/ Before you go away/ Why can’t you stay?” Love is represented as a hunger, a longing that is never fully satiated, as seen with the lyric, “I’m famished/ So I’ll eat your minerals.” Milosh and Hannibal only falter as songwriters when they drift away from their primary subject. While “One of Those Summer Days” is musically a perfectly fine ballad, its main lyric, “It’s one of those pretty summer days,” feels a bit too forced into the precious Hallmark greeting-card realm, especially when compared with the emotional intensity of the rest of the record.

Milosh and Hannibal are like many contemporary R&B songwriters in that they write almost exclusively on the subject of love. They set themselves apart by not appealing to the lowest common denominator with easy, lifeless titillation. There’s no denying that their songs are sensual, with a lyric like, “I’m a fool for that shake in your thighs” and a steamy music video that prompted a “this-video-may-not-be-appropriate-for-all-users” message from YouTube. Nevertheless, these are songs about making love, not songs about fucking. Woman may work as a make-out album, but it serves equally well as a headphones record, one whose maturity and restraint is worthy of the listener’s full attention. No matter what your gender, relationship status or musical taste may be, Rhye has given us one of those rare records that has something for everyone.