As the resident lifetime Goth on the panel, I felt I needed to preface this section. What I would like to say is that I feel we captured some of the heart of goth music, but not necessarily all of the canon. Part of this is a function of how we do things at Spectrum.

When we come up with an idea, we assemble a panel of writers who are interested in a concept. For this panel, not necessarily everyone identifies with the community, especially on a daily basis. That sort of perspective means that when they nominate albums, they may nominate music that someone like me will completely miss (like Scott Walker’s The Drift, which I loved). And when it comes to voting, we vote on a one-to-five scale.

If you’ve ever been on a voting panel, you will quickly realize that everyone does things a bit differently. I incorporated a lot of non-musical knowledge (prevalence in the goth scene, frequency I hear at clubs, image and canon—how much I think that this is an important band and influencer on goth music). We fortunately tended to focus on first-wave and second-wave goth acts (1979–1985 and 1985–1995, respectively). Once music makes it to the 2000s, the overarching acceptance of Marilyn Manson into the mainstream confused music and confused American society’s understanding of what goth is (Marilyn Manson and most heavy metal in general is definitely not goth), not to mention the overarching acceptance and mainstreaming into Germany.

I feel that one particular album (which was a part of the rotation, but didn’t make the cut) needs an honorable mention. Christian Death’s Only Theatre of Pain is one of the more influential deathrock albums and practically defines American Goth as it crawls out of its punk roots. Christian Death—while abrasive, lo-fi and sloppy musically—practically shaped the entire image of goth, codifying crosses, lace and fishnets into the wardrobes of the black-clad worldwide. But that doesn’t mean it made the list. Not all on our panel loved it (or even liked it). And if you think about it, this is understandable. Much of goth music is challenging: to the ear, to one’s sense of identity, to one’s faith, to one’s sense of what music is. Goth is a lot of things, but it isn’t always pleasant.

That’s part of why those of us who wear eyeliner daily like the genre. It is challenging to the norm, as we are. It is a dark subculture with many shades of black. So, for those dyed-black Goths, please don’t read this list as the end-all, be-all of goth music or think that we at Spectrum are attempting to assume an authoritative role on what goth is—we’re not. Instead, think of this as an opportunity to hear some different perspectives on what our music sounds like to foreign ears. And for those of you not regularly clad in black, please take this as an opportunity to discover some new music that is near and dear to an entirely subversive, generally misunderstood subculture.

So, with that, here are 13 great goth albums. Enjoy! – Cedric Justice 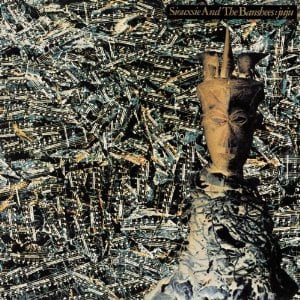 Emerging from the primordial punk ooze in 1976 and eventually twisting their way towards their own kind of neo-psychedelia with 1982’s A Kiss in the Dreamhouse, Siouxsie and the Banshees fully embraced their gothic tendencies in 1981 with Juju. They’d always seemed destined for it, between Steve Severin’s prominent bass lines and Siouxsie Sioux’s theatrical wailing (to say nothing of her alluringly demonic makeup). But while “Spellbound” and “Arabian Knights” are dark pop masterpieces, the Banshees push for even bleaker territory on tracks like “Voodoo Dolly” and “Night Shift,” where the entire band descends into extended gothic jams, pushed along by drummer Budgie’s tribal rhythms and given menace by John McGeoch’s splintered guitar lines. “Halloween” seems like a grand slam opportunity for melodramatic cliché, but Sioux instead frames the haunted occasion as a struggle with identity and the loss of innocence. It’s all part of a package that, despite the later creative choices the band would make (a goth band should never cover the Beatles), proved to be an influential cornerstone of the genre. – Peter A. Pompa 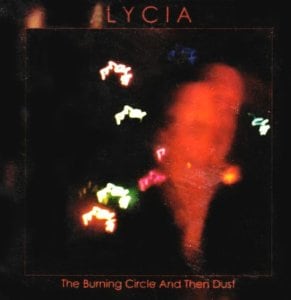 Lycia is mostly a one-man operation, programming the drums and bass and playing an acoustic guitar over the top. It is part ethereal, part darkwave due to this. Much of this work is in 3/4 (waltz) time, which gives it a very flowing cadence. Mike VanPortfleet’s breathy, deep vocals shimmer over the top of prominent bass lines and sweeping keyboards; at times Tara Vanflower’s feminine touch adds vocal harmony and presence to songs. It makes one feel as if in a fairytale forest, with lightning bugs, faeries and luminescent streams. This is music to have as a backdrop to a coffin-warming party, to light candles and then have sex to.

The Burning Circle and Then Dust is my favorite Lycia album and Lycia is my favorite goth band. The texture and mood created in this album is all very soft, mellow and melancholy but pretty. A song not to miss is “Pray,” which is practically a gothic pop song. Other highlights are “Nine Hours Later,” “Surrender” and “Wandering Soul.”

This album could be considered a flagship of Projekt Records, another distinctive label in the gothic genre. Projekt focuses on these more ethereal, calm, soothing soundscapes (and is owned by Black Tape for a Blue Girl’s Sam Rosenthal) and Lycia fits solidly within this cohort. To me, this is what ethereal goth is: palatable to just about anyone, but mostly overlooked because of its “gloom.” And anyone overlooking this is missing out. – Cedric Justice 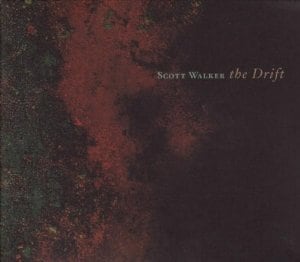 Scott Walker’s pop idol years were long behind him in 2006, buried under a series of increasingly esoteric albums, commercial decline and artistic hermitage. Then, after 11 years of silence, he reemerged with The Drift, his darkest, strangest album yet. It would be the album that put him back on the map as a major songwriter, one that established his credentials as a creator of gothic, elaborate blocks of music that easily transcended any experiments he had yet attempted. The Drift is 10 disturbing tracks of musical force, eschewing traditional song structures and instrumentation; a memorable scene in the documentary 30 Century Man shows Walker instructing a percussionist in how to literally punch a side of pork properly to reach his desired sound. It’s an album that’s gothic in its darkness and inscrutability, married with Walker’s undeniable mastery of destroying pop structure and building it up again in his own image of gloom and foreboding. – Nathan Kamal 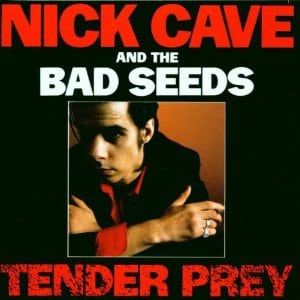 Tender Prey is an album that transcends the goth label and all its trappings. Across the album’s 10 songs, Nick Cave and his Bad Seeds keep matters dark in tone and cobweb-strewn, but build upon and expand elements they dabbled with before, delivering their first cohesive record. Inverted blues, psychobilly rave-ups and genuine piano balladry all have their place. Cave as a songsmith hones his literary aspirations, the lyrics soaked in Southern Gothic tropes born of Faulknerian nightmares. A masterpiece throughout, Tender Prey has one of the greatest opening triages of the last 30 years. The classic “The Mercy Seat” finds Cave in alternating personas, one a condemned death row inmate, the other a brimstone-vomiting preacher man, while “Up Jumped the Devil” is a dead-slow cabaret in hell. The Gun Club-esque “Deanna” follows with a sing-along tale of a sociopathic couple’s murder spree, standing as the middle point between Charles Starkweather’s rampage and Natural Born Killers. Cave tones down his menace elsewhere, using the piano as the primary instrument some tunes are built around, anticipating the forms he’d explore on successor The Good Son and, later, The Boatman’s Call and No More Shall We Part. “Watching Alice” is pathos-evoking despite its melodramatic flare and high creep factor, and Cave goes full-on romantic on “Slowly Goes the Night” and (gasp) optimistic with the gospel waltz of “New Morning.” Cave had been trying to move beyond the goth subgenre’s conventions since his Birthday Party years, but Tender Prey is the record where he reached the plateau on which he was able to spread his leathery wings and show he was a phenomenal songwriter, not just a great gothic performer. – Cole Waterman 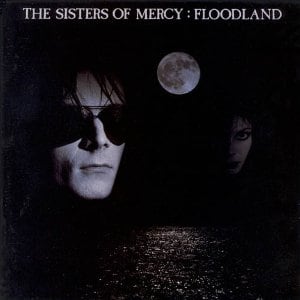 Floodland is the Sisters of Mercy’s second album, which builds on the successful elements of First and Last and Always, but diverges a bit in scope and feel. Floodland is more epic and in your face, and it has a now-quaint Cold War overtone (yet it seems that SOM is rooting for the commies). “Lucretia My Reflection” is so inspirational that the song has probably spawned thousands of goth girls’ online handles (I’m looking at you X_lucretia79_X). The memorable bass line and start-stop between the verse and chorus compel everyone onto the parquet. And the nearly-whispered, creepy “Lucretia, my reflection/ Dance the Ghost with me”make this a classic gothic anthem.

My main complaint about SOM is that they tend to drag their songs on too long. “This Corrosion” and “Dominion” especially repeat the choruses way too many times and they rarely introduce anything new as they drone on. “This Corrosion” is 11 minutes long, but the last four are simply a repeat of the chorus. On the other hand, “Flood I” is a perfect, driving goth tune. The keys are sparse and church organ-like. The bass keys are light and sneaky. There is so much right about this. While I miss the bass-as-lead that I expect from so much goth music, the vocals make up for any cred missing here. “In a flood of your tears, in sackcloth/ And ashes and ashes and secondhand passion.” I have to admit, this is goth as fuck. – Cedric Justice