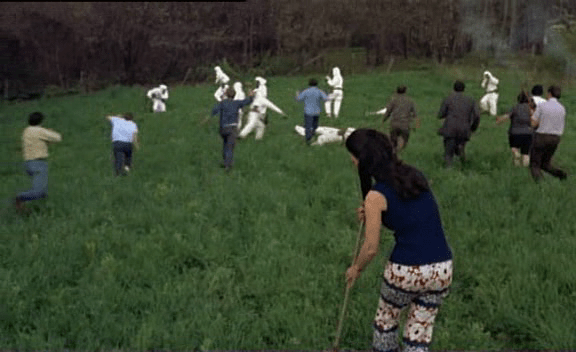 On the surface, The Crazies (1973) is the typical underfunded ‘70s horror movie: casting is questionable, cinematography is flawed, monster make-up is sparse and nudity is obligatory. However, co-written and directed by the legendary George A. Romero, the Vietnam-era flick’s heavy political cynicism remains relevant when its B-level peers rot away in damp studio basements. Released during the tale end of America’s great cultural revolution, The Crazies not only profiles the intimate connection between a hero-minded firefighter and his pregnant girlfriend fighting to evade both virus-addled killers and over-zealous officials, but offers an examination of the U.S. government’s (in)ability to handle a catastrophic event caused by their own wrongdoing. Fast forward nearly 40 years when the U.S. was beleaguered from the occupation of Iraq and on-going terrorist threat level updates: the nation was prime for a reboot of the anti-establishment cult classic.

Interestingly for the film’s politics, it isn’t the police officers of Evan City, PA that Romero wrote as the original’s protagonists, but two of its long-haired Vietnam-veteran firefighters. As the small town’s water supply grows increasingly contaminated by the contents of a downed Army plane, the government corrals the entirety of the city into a high school while its lead scientist, Dr. Watts (Richard France) works on a cure for the militarized virus. Most of the city’s inhabitants are quick to follow armed NBC-suit-clad troops, but the mild paranoia of veterans David (Will MacMillan) and Clank (Harold Wayne Jones) lead them to find David’s pregnant girlfriend/nurse Judy (Lane Carroll) and seek a way beyond the city’s tightly secured borders. In Romero form, it is the journey towards escape and the relationships explored along the way that make historic note of the era’s evolving social norms. 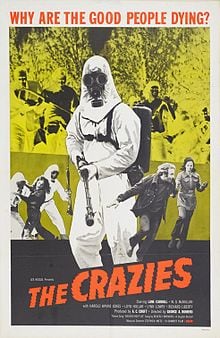 With a bomber overhead set to destroy the city, angry mobs challenging the armed guards, and the trio of protagonists avoiding typical zombie-movie hurdles, a triumvirate of Washington officials sit in a windowless room and ponder the future of the city, eventually settling to declare regional radiation contamination. It is this overt statement of governmental social control that truly separates the two versions. The 2010 edition reduces the decision-making process to that of a space-based military satellite. While this reflects the new millennial fear of technology-based surveillance and general lack of privacy, the faceless judicial process reduces the visceral feeling of radicalism that Romero established so well in 1973. To balance the scales toward the Breck Eisner-directed update, the dialogue and overall visual aesthetic in the remake did receive positive makeovers. To the severe detriment of the original, the uninspired dialogue when paired with the constant camera changes during characters’ conversations would have driven me to a constant string of concession-stand breaks in anticipation of the next attack.

While each flick is brutal it its depiction of characters’ treatment, from the soldiers to the citizens to “the crazies,” only the original touches on the taboo subject of incest. The update may have shown an entire train-car full of burned corpses; however, only Romero had the cunning to include the rape and incest of teenage journey acquaintance Kathy (Lynn Lowry) by her father Artie (Richard Liberty) and the self-immolation of a Catholic priest when the soldiers arrive to take his flock of parishioners. 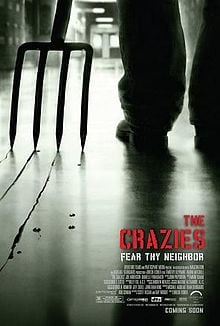 The closing moments of Romero’s work is subtle in it power. When Dr. Watts is finally ready to show Colonel Peckem (Lloyd Hollar) the cure, he is at first mistaken for a “crazy” and imprisoned; the scene grows even more thought-provoking when the camera pans toward the eyes of the doctor and draws concerns for his actual infection. On a minor side note, today it does seem obvious that an anti-bacterial and blue fluorescent lights wouldn’t actually do anything to help once the virus eventually became airborne, so the shock of the probable infection of the doctor most likely pales in comparison to that of 1973. With the city in shambles, Washington phones Colonel Peckem and orders the missions leader to report to Louisville, KY, for another possible outbreak-—coincidentally, the location of the 1985 Romero-inspired Return of the Living Dead. Further depressing the overall vibe of the conclusion, the pregnant Judy is shot in front of David while caught in a line of crossfire. Ironically, just moments after David realizes he is immune to the disease, and quite possibly so too would be his unborn baby, he holds Judy while she takes her final breaths.

The updated version is much brasher. In line with the current hyperbole of America cinema, the military satellite destroys Ogden Marsh, IA, with a massive explosion while David (Timothy Olyphant) and Judy (Radha Mitchell) narrowly escape as their destroyed semi-truck tumbles in the shock wave of the bomb. Even when wandering through the Iowa nothingness, the omniscient satellite locks onto the couple and activates yet another termination sequence.

Executive produced by Romero, The Crazies 2010 update is in essence the original but with more money and studio restrictions (Overture Films probably wasn’t ready to re-tackle the subject of incest). The original hardly battles for the top of Romero’s classics, but if you’re exploring American cinematography for dramatized totalitarianism (a la Dr. Strangelove), be sure to add this film to the queue.