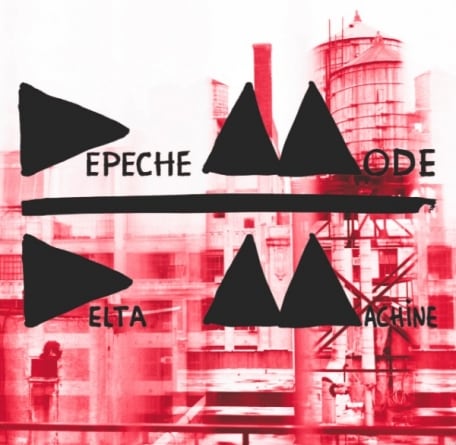 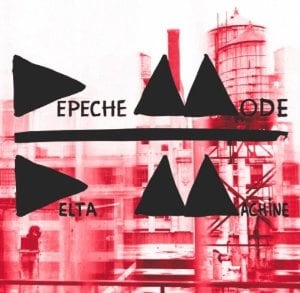 Since their early reinvention after the departure of Vince Clarke, Depeche Mode has been loathe to change a winning formula. For over 20 years now, they’ve immersed themselves in synthesizers, gloom and singer David Gahan’s growling sexuality, and largely it’s worked out for them. In their heyday of the 1980s and early ‘90s, they released a brilliant slew of albums, knocking out nearly a full length release a year until 1990; after that, they’ve steadily slowed down, enough for Gahan and main songwriter Martin Gore to have solo releases. Since the turn of the millennium, the band has reliably released an album every four years, and Delta Machine is no change from that. In fact, it’s no change from anything in their discography, except perhaps in terms of quality.

And just to be clear, right off the bat: Delta Machine is not a terrible album or a creatively bankrupt one. Depeche Mode has never released a truly bad album in their long career (although the floundering of 1982’s A Broken Frame comes close). But in a career full of genre-defining music, Delta Machine is doomed to be a footnote, a lesser effort among colossal achievements. Working with longtime collaborator Flood, as well as producer Ben Hillier and programmer Christoffer Berg, the remaining trio of Gore, Gahan and Andy Fletcher has created an album of relatively spare, restrained synthpop, neither as grandiose as their previous work nor as introspective as one might hope.

Of course, it’s difficult to tell what could constitute introspection for Depeche Mode at this point. Tortured self-examination has been part of Gore’s (and these days, Gahan’s) lyrics for so long, it borders on parody. Delta Machine adds no new insights or thoughts, but neither does it embarrass. Tracks like the disquieting, pounding “Should Be Higher” create a sense of unease with a washing, wavering synthesizer and Gore’s trademark choirboy backing vocals, while the intense chanted refrain of “Could have been you/ Should have been you/ If it hadn’t been me” anchors “Secret to the End.” But lead single “Heaven” drags interminably for what seems far longer than four minutes of Casio beats and Gahan’s vamping. While the singer sounds stronger than he has in years, his voice isn’t helped by a middling melody and the surprisingly cheap sounding production.

The only real surprises on the album are two tracks which prominently feature blues guitar licks courtesy of Gore, “Slow” and closer “Goodbye.” They shouldn’t shock, necessarily; the guitarist’s fondness for blues and country music have been apparent for years, but to even hear relatively undistorted electric guitars on Depeche Mode tracks is more refreshing and interesting than all the synth riffs and gothic piano lines on the rest of the album. Delta Machine is the group’s 13th album, and they’ve long since passed the need to prove themselves anyway. But they’ve also been returning to the same well for years now, and even if they’re not producing bad music, it’s becoming unremarkable. It shows when even the smallest changes surprise and delight.