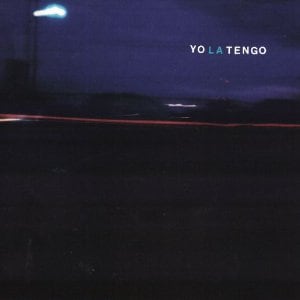 Yo La Tengo had been around for nearly a decade before Painful was released on October 5, 1993 but with an endlessly shifting personnel lineup, they had yet to develop a consistent, recognizable identity. Formed in 1984 by future husband and wife Ira Kaplan (guitarist) and Georgia Hubley (drummer), a series of guest guitarists and bassists shuffled through the band over the years: Dave Schramm (Human Switchboard, the Schramms), Clint Conley (Mission of Burma) and Dave Rick (Bongwater, Phantom Tollbooth) all helped out on their debut album, Ride the Tiger (Coyote, 1986); Chris Stamey, Gene Holder (both from the dBs) and friend Steven Wichnewski contributed to New Wave Hot Dogs (Coyote, 1987) and President Yo La Tengo (Coyote, 1987); Schramm and double-bassist Al Greller (also of the Schramms) were enlisted for their album of mostly acoustic covers, Fakebook (Bar/None, 1990) while Holder chipped in again for the import-only EP That is Yo La Tengo (City Slang, 1991). Holder went on to produce May I Sing with Me (Alias, 1992), but a new guy, James McNew (Christmas, Dump), handled most of the bass duties. His arrival marked the solidification of the band with the trio of Kaplan, Hubley and McNew constituting Yo La Tengo ever since.

Painful was a record of many firsts: the first album with McNew as a full-time member; the first album produced by Roger Moutenot, who would go on to produce all of their albums up through Popular Songs (2009); and their first for Matador Records, which has been their exclusive label ever since. Matador was founded in 1989 by Chris Lombardi (later joined by Homestead’s Gerard Cosloy) and run from Lombardi’s New York apartment. But the success of bands such as Superchunk, Mecca Normal and Teenage Fanclub prompted a partnership with major label Atlantic, which ran from 1993 to 1996. That meant Painful was the first Yo La Tengo record to get widespread distribution. No longer confined to a tiny audience of urban hipsters, record collectors and college students, Painful was their breakthrough album, available just about everywhere and promoted with posters, album flats and stickers.

With a new, permanent lineup, Painful also exhibited a substantial refinement of sound and approach. While nominally rooted in folk rock and ‘60s psychedelia, elements of ambient, noise and nascent “shoegaze” pop music began coming to the fore. The two separate versions of “Big Day Coming” included on the album demonstrate their newfound flexibility. The first, which opens the album, is slow and quiet, carried along by pulsating organ chords, murmuring vocals and a background of squalling feedback. The second, the penultimate track on the record, is sped up and rocked out, the forceful thwack of Hubley’s snare driving the song forward. Moutenot’s deft yet unobtrusive production brought cohesiveness and warm atmospherics to the diverse musical styles found on the CD, from the chunky groove of “From a Motel 6” to the delicate ballads “A Worrying Thing” and “The Whole of the Law” to the lysergic drone of “I Was the Fool Beside You for Too Long.” The vocals are also much improved: whispered as much as sung, here they have a weight and presence lacking in their previous work, the harmonies subtly layered and lushly textured. Although already well-known for their extended, skronky noise jams (especially live), the majestic seven-minute instrumental that closes the album, “I Heard You Looking,” remains tightly focused and imminently listenable. While Kaplan was a rudimentary guitar player, he had developed enough confidence and technique to take the lead in a trio setting, sailing over the locked-in rhythm section of McNew and Hubley. There’s not a dud song on the record and the album flows together seamlessly, demanding to be listened to straight through. Painful was just the first of many near-perfect albums from Yo La Tengo, a template for what was to come.

The record was well received upon its release, with Robert Christgau (the self-proclaimed “Dean of American Rock Critics”) giving it an A- in The Village Voice and calling them “Hoboken’s answer to My Bloody Valentine,” while praising their “friendliness” and kind refusal to indulge in “the forbidding experimentation of an aspiring vanguard.” But aside from certain college radio stations in major markets, Painful received little radio airplay and was not exactly what you would call a hit record. It may not have sold a lot of copies at first, but has remained in print pretty much ever since, a sign of its relevance and Yo La Tengo’s uncommon longevity. They have improved as musicians over the subsequent two decades, expanding their repertoire to include a variety of pop styles, from blue-eyed funk to lounge-y easy listening to volcanic, out-jazz freak-outs. But Painful is where they first came together as a real band—one of the best (and longest-lived) bands to come out of the American underground. Twenty years later, Painful still sounds revelatory, ageless and sublime.

[xrr rating=3.5/5]Richard Thompson is one of the most revered guitarists in rock—although …