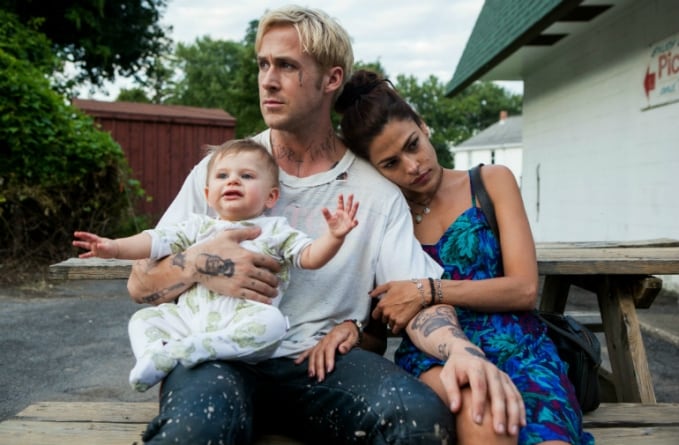 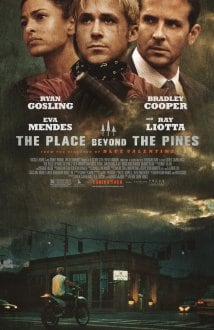 Derek Cianfrance’s 2010 debut, Blue Valentine, seemed to come out of nowhere, walloping audiences with a mammoth-sized emotional impact. Picking over the remains of a failed marriage, the film featured gut-wrenching performances from Ryan Gosling and Michelle Williams. It worked so well, its focus tight on the genesis and destruction of the relationship. Somehow in that autopsy, Cianfrance made salient points about the relationships between men and women, jealousy, working-class angst and the destructive influence of alcohol. Cianfrance appeared primed for big things, a new indie voice that walked the walk and talked the talk of John Cassavetes.

Unfortunately, Cianfrance’s sprawling sophomore feature does not adhere to the lessons of Blue Valentine. Armed with another Gosling performance, The Place Beyond the Pines pales in comparison to its predecessor, a 140-minute crawl that sets out to prove the age-old maxim that children will be punished for the sins of their fathers. It’s this rather simplistic worldview that is supposed to rivet us to our seats for two-plus hours. Instead, Cianfrance creates a plodding movie that rarely comes within reach of Blue Valentine’s greatness.

Gosling, dyed all-blond and pumped-up in a sleeveless Ride the Lightning shirt, is a daredevil motorcycle rider, touring one Podunk town after another with a traveling carnival. We learn Luke is a tough guy right from the opening frames as he plays with a knife and then stabs it into a wall before his caged motorcycle performance. Gosling, who perfected the deep-stare, say-nothing persona of Marlon Brando in Drive, apes that performance here as a no-account drifter, who suddenly wants to become a better person upon discovering he sired a baby with waitress Romina (Eva Mendes) on his last pass through town (a washed-out, dismal Schenectady, New York).

See, Luke wants to “do the right thing” and “be a man” by finding a way to provide for his son. Never mind that Romina has moved and is settled with another guy. So Luke decides to rob banks to gain enough money to garner Romina’s favor. It is here that we discover the crux of both Cianfrance films: they are about what it means to be a man.

In Blue Valentine, Gosling’s character never lived down a beat-down he received at the hands of Williams’ ex-boyfriend, a stigma reawakened when they cross paths with the perpetrator years later. This time around, Luke cannot live with himself unless he is providing for his infant son Jason, sick to death that another man has taken his place. It’s this limited purview that leads to a fateful encounter with Avery (Bradley Cooper), a policeman who is dealing with masculinity issues of his own.

In the film’s second act, Cianfrance traces Avery’s rise from rookie cop to district attorney, following in his own father’s footsteps. Cooper, however, so good in Silver Linings Playbook, hits the screen with a thud here, making Avery’s ambition impossible to truly taste and his fate (when he exposes corruption amongst his fellow officers) impossible to care about. But in many ways, this second section is a perfunctory part of the film, setting up the third act which transpires 15 years later when the sons of Avery and Luke meet on a fateful collision course that threatens to become tragic.

Unlike Blue Valentine, The Place Beyond the Pines never settles into the quiet moments in the lives of its characters. Instead, it’s just one intense scene after another of car chases, potential assassinations and fist fights. Cianfrance toes over the line into melodrama and his purple script is full of coincidences that are impossible to ignore. Luke feeds Jason ice cream and proclaims that he wants to think of him whenever he eats ice cream. Hours later, Jason discovers his father’s true identity while eating ice cream. Some may think it’s clever. I think it’s contrived. Like his bland ideas about masculinity, Cianfrance underestimates the audience here and in many other instances. It’s a shame, really. Blue Valentine is a film of that feels alive and real. Maybe it went to his head. Honestly, The Place Beyond the Pines is not as bold or important as you think.