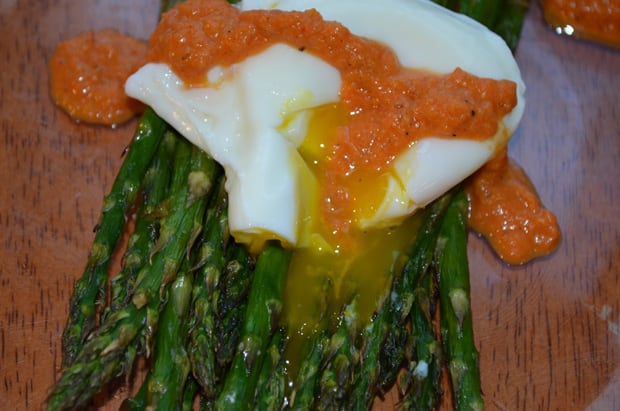 @ugliyucca posed to us, in the simplest of terms: What to do with romanesco?

Here’s the problem with that @ugliyucca, I cannot find romanesco, a kind of cauliflower-slash-broccoli-ish vegetable, anywhere. Not in the local supermarkets, not in the high end grocers in the Hamptons where my day job is and nowhere else in between. There are some fairly diverse purveyors in my little corner of the world, but that medieval vegetable is nowhere to be found. It’s March after all, and high season for a variety fresh produce doesn’t kick in around these parts until the end of June. It’s a long haul. We’re going to table this for the time being until I can get my hands on some, and then I promise you @ugliyucca that we will deal with this strange vegetable in an appropriate manner. Just in case you happen upon some before I do, roast it whole in a 425 degree oven for a half hour, take it out, cover it in a little olive oil and salt, and roast it for another half hour until tender. After that I’d serve it with the following, a sauce that is probably the entry that would come right before romanesco in the food dictionary: Romesco sauce.

Romesco sauce is the nectar of the gods. A smoky mix of grilled vegetables, garlic, chilies and smoked paprika that is so, so good, I need no excuse to make it. Especially when a challenged ingredient is so close in name. I mean, you’re practically begging me to make it by challenging me with romanesco, right @ugliyucca? It pairs well with virtually any protein or vegetable you can think of; fish, grilled chicken or steak, eggs and cooked or raw vegetables of all manner are enhanced by its presence. For recipe purposes, we paired it with a poached egg and grilled asparagus recently, replacing the artery clogging hollandaise that goes with that dish traditionally.

It’s also beyond easy to make. I’ll spell it out down below but check the shorthand version: Grill some tomatoes, red bell peppers, whole garlic and an onion TO DEATH. Char them beyond recognition, cool, peel and blend them with two slices of toasted bread, almonds and dried chilies. Season, and serve with anything you can imagine. I’m telling you, Cheerios might even work with the sauce. It’s that good. (Don’t try that.)

1 ½ cups of bread, cubed and toasted

¼ cup of almonds, peeled and toasted

Place the dried peppers in a bowl and cover with warm water to rehydrate. Remove them after a half hour, remove their tops with a paring knife and remove their seeds. Grill the vegetables over high heat until they are really, really charred. Let them cool, peel them from their skin and place in a blender. While the vegetables are grilling, toast the bread and almonds in a dry pan over medium high heat and add them to the blender when they are done. Put roughly 3 tablespoons of olive oil in the pan, add the rehydrated chilies and toast them for a minute on each side until they become fragrant. Add them to the blender. Blend everything by pulsing your blender on its lowest setting until everything is well incorporated. It’s okay if the mixture is rough and almost like a paste. Add the salt, pepper and pimenton, pulse a few more times, check to adjust the seasoning if necessary and then serve with just about everything but Frosted Flakes.