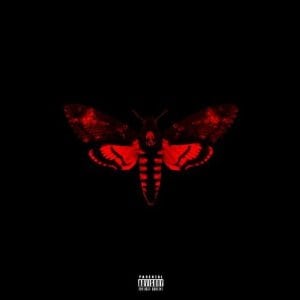 [xrr rating=1.75/5]In 2008, Lil Wayne’s Tha Carter III topped the charts and sold a million copies in its first week. Two years later, while Wayne was serving a jail stint, his album I Am Not a Human Being was released, and, while it debuted at number two, it only sold 110,000 units, one tenth of its predecessor. In 2011 Tha Carter IV sold 964,000 copies upon its first week of release, and last month I Am Not a Human Being II sold 217,000 copies. I bring up these numbers to illustrate that it’s no secret what this latest album means to Wayne’s fanbase and to Wayne himself. He’s an artist who wows us with his pure skill and abilities on his mixtapes, floors us with the complete artistic vision of his Tha Carter albums and then scrapes together a few odds and ends for everything in-between. Wayne himself has said in radio interviews that I Am Not a Human Being II isn’t very good, but he released it because it was finished. Honestly, even that’s debatable.

It’s puzzling as to why I Am Not a Human Being II has to even exist. Is it a contractual obligation? A placeholder to remind us he’s out there? A dare? While everyone in the album’s wake is either quick to dismiss it out of their love for hating Wayne or ignoring it in favor of the bigger story that he came very close to dying this year, nobody’s really discussing why I Am Not a Human Being II is inducing such rage. It’s not that it’s merely a bad album, or even an underwhelming album. It would be understandable if Wayne was just creatively bankrupt, but he’s not. The moments of brilliance on I Am Not a Human Being II are what make the project as a whole infinitely frustrating.

You can get the gist of the dilemma that is I Am Not a Human Being II by listening to the opening title track. Backed only by an ominous piano, Wayne’s wayward growl of a flow make the perfect precursor for what should be a glance further into the haunted house that his life has become. Wayne’s still capable of being a great writer. Also, Wayne’s on the verge of going completely insane. What’s unfortunate is Wayne has yet to discover how to balance those two facets, which would otherwise be intriguing selling points for his songs. “Shoot you in the fucking mouth and make you talk to me” is the type of cryptic bravado that would be heralded if it wasn’t immediately preceded by “I’m in the ocean getting shark pussy.” I’m not even mad at the “shark pussy” line; it’s just Wayne can’t decide if he wants to masterfully conjure absurd imagery or give us a finely crafted gallery of grizzly imagery or perform cunnilingus. He can rhyme about all three of these things well, but he far too often forces them within the same song, the same verse and even the same rhyme, making it absolutely impossible to enjoy any of them. It’s an absolute mess that’s making people hate genuinely great lines like “she about to blow me like a signing bonus” (on “Curtains”) and “when life gives you lemons, find the limelight” (on “Shit Stains”) because they’re buried beneath lines upon lines of cringe-inducing subpar material like “fake like a bosom” and “let these hoes ride my dick – carpool.”

It’s baffling how Wayne, who released over 70 well received songs in 2007 alone, has even recorded outtakes as poor as the material on here. It’s hard to recommend many full songs because, while they’ll have a great minute or two, Wayne will suddenly spit three or four lines that make me never want to hear them again. There’s some interesting production from the likes of Cool & Dre and Juicy J, but being that chunks of the album are pulled from several-year-old outtakes of previous albums, a lot of the songs sound dated. At least, I hope they’re that old and Wayne isn’t so far gone that he thinks a song with Auto-Tune and Drake-style punchlines in 2013 is a good idea. Even as someone who appreciates more of Lil Wayne’s output than most, the best thing I can say about I Am Not a Human Being II is that it’s not essential. There’s still enough good performances from Wayne on here to make his eventual Tha Carter V album worth checking out, but if this is any indication, we can skip everything until then.