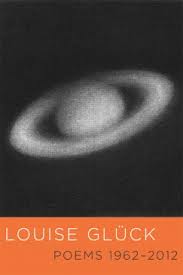 [xrr rating=4.0/5]To subject a life’s summary to summary review is cheapening. The works that form Louise Glück’s Poems 1962-2012 took the esteemed writer 50 years to set down. What can be said in the span of a few minutes to salve such glaring iniquity?

Here finally are Glück’s 11 books of poems, offering rich individual bounties as well as the holistic glow of the heft of a life’s work gathered under a single roof. Glück’s baubles and rich syntactical barbs proliferate – the quietly devastating language, calculated turns of phrase that yield frustratingly needling observations – and the breadth of this collection allows for showcase of the evolution of the writer herself. Glück is a peddler of surprising power and a surprisingly constricted vocabulary (mostly alighting on cheekily self-described “tame spiritual themes, autumn, loss, darkness, etc.,” “root, rock, and all things perishing”), and this is communicated easily by what amounts to six separate decades’ worth of words.

Deeply affecting out of the gate are the mottled touchstones of her career’s first half: Firstborn’s rawness, Descending Figure, 1993’s Pulitzer-awarded The Wild Iris, Meadowlands’ loose re-imagining of Odysseus’ homecoming (such mythologizing occurs frequently throughout the broader collection) cut up with the author’s modern ruminations on a failed relationship. But her early work, particularly the first five books of poems, has been gathered together already in a separate volume. One of Poems 1962-2012’s primary achievements is in putting together Glück’s recent output, particularly from the late career rebirth that began with 1999’s fittingly titled Vita Nova onward. The “between states” tales that populate these works, Averno (named for the entrance to the Underworld}, Seven Ages and the mundane rapture of A Village Life (2009) – this collection’s final inclusion – are an outgrowth of Glück’s creative renewal.

The nettled garden hymns of 1993’s Pulitzer-awarded The Wild Iris serve as a workable thesis for the threat and promise of impending, spontaneous de- or regeneration looming over the entire collection. This unexpected “new life” amid the doldrums of wintry decay rears its head in poems such as The House on Marshland’s “Here Are My Black Clothes” before becoming fully realized in Vita Nova 24 years later: “Like a costume, my numbness/ was taken away. Then/ hunger was added”. Or, more overtly: “I thought my life was over and my heart was broken./ Then I moved to Cambridge.” This injection of the autobiographical detail, like the artist in Escher’s rendering of a reflective sphere, cuts through some of the abstraction offered elsewhere.

But Glück never feigns at celebration, and revels in a rigorous poetic skewering that passes as affection. (Who else could invoke “The wind,/ with its impulse to build” and not strangle on the contradiction?) Often the speaker’s disconnected nature lends the effect of missives to missing persons, fodder for the Dead Letter Office’s furnaces. In several poems the effect is literal, as in “End of Winter” – “goodbye, goodbye–/ the one continuous line/ that binds us to each other” – and the early “Tango”: “My name/ was like a stranger’s,/ read from an envelope.” Ultimately, though, the controlled-burn emotionalism and vigorous introspection, through sheer repetition, paints in toto a complex portrait of the artist and poet herself, and adds rich layers to seemingly cast off verses such as “We have come too far together toward the end now/ to fear the end” which pulse with special meaning when taken with the remainder of the text. In this light, Poems 1962-2012’s depth is breathtaking.

The tome’s very material presence is impressive; when I left it at a friend’s accidentally, he later confessed to wondering whom “this beautiful book” belonged to. That it is a stately looking work of its own accord is not a detraction from the contents. The effect is an enhancement on the contents’ expansiveness. A ringed planet’s depicted on the minimalistic cover, as if capping the overarching sentiment within: “here is the world, that should be/ enough to make you happy.”