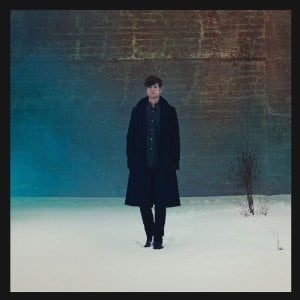 [xrr rating=3.25/5]While dubstep as a whole appears obsessed with the all-important drop, London producer James Blake, having got his start in that maligned and misunderstood genre, prefers addition by subtraction. On his self titled debut, he utilized space and repetition to create a sense of unease and tension, giving songs like “I Never Learnt to Share” a weight that might have been lost on a lesser wunderkind. The formula wasn’t altogether successful over the course of the entire album, but given his age and prolific clip of releases (3 EPs in 2010 alone), he proved himself to be a talent worth watching, at the very least.

Overgrown finds Blake never straying too far from the spacious atmosphere of that first disc, instead fleshing out the material with fuller arrangements and guest spots. There’s nothing like the barely-there sketches of “Lindesfarne I” or “Measurements”, but Blake still resists any inclination to reactionary overcrowding or questionable experimentation (short of one notable exception) that’s likely to pester any anticipated follow up. Instead, he sticks to the formula of his debut.

The opening title track finds Blake in a private moment, humming to himself over some piano before introducing a steady drum machine. But as the track progresses, it blooms with lush synthesizer pads and layered vocal loops, fitting their way into the niches and cracks of the song. Lead single “Retrograde” builds a blue-eyed British gospel vocal on programmed handclaps and tilting sheets of synth, as intense as Blake has gotten since maybe “Limit to Your Love,” which was vocally impressive for Blake but pale in comparison to Feist’s original. For once, Blake’s outbursts feel cathartic rather than confessional – perhaps something to do with his recently revealed relationship with Warpaint’s guitarist and singer Theresa Wayman.

Overgrown’s biggest point of contention, the RZA guest-starring “Take a Fall For Me,” finds Bobby Digital spitting a monologue over the Greek chorus of Blake’s chopped n’screwed vocal samples (“He can’t marry her yet”). The track’s gotten a fair amount of hate over the past week but I don’t find it any worse than that other shitshow of racial harmony, Brad Paisely and LL Cool J’s ill-advised “Accidental Racist.” If anything, we should be lamenting the fact that ODB isn’t alive to slur over it.

The rewards on the latter half of the album aren’t as sudden. The shuddering, shifting “Digital Lion” features Brian Eno (though what he contributes isn’t immediately apparent), its waves on synths and skittering beats making it a highlight. “Voyeur” and “To the Last” don’t fare as well: the former is probably the most energetic track Blake has produced on either LP, but ultimately goes nowhere, while the latter offers little else besides his usual delicate vocals. “Our Love Comes Back” saves the album from ending in the doldrums, starting with only Blake and a piano before being joined by a beating bass drum heart and soft harmonium chords. Wrapping twisting vocal loops around the track, he creates gently warped R&B and leads the album out on a high note.

If there’s anything to really complain about here, it’s that Blake’s voice and style is so singular and unique, it risks fatigue over the course of an entire album. It can be difficult, even exhausting, to feel at home in Blake’s icy landscapes if you’re not already tuned into his frequencies to begin with, a problem carried over from his last LP. Overall, however, Overgrown still feels greener and more alive than anything Blake has done. While the hype may be threatening to outrun Blake’s actual music, he has undoubtedly developed what he began drafting two years ago. He’s just too unique a talent to completely discard, however difficult he sometimes insists on presenting himself.

Lilacs and Champagne: Danish and Blue

[xrr rating=2.5/5]The thing about drugs and music is that, once the air clears and the che…