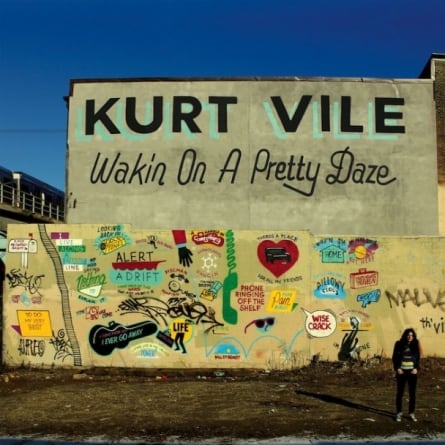 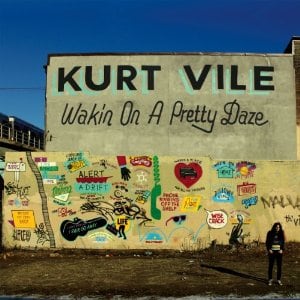 Great artists have the uncanny ability to make an arduous, intricate process look easy. Hours of careful storyboarding and narrative development yielded classic Hitchcock films whose camera movements, editing techniques and production design feel organic to the story being told. Miles Davis practiced scales and arpeggios on his trumpet religiously for years to produce those sparse, seemingly effortless notes on Kind of Blue. Virginia Woolf observed human behavior and conversation relentlessly, recording observations in her journal that would be incorporated into the graceful stream-of-consciousness of Mrs. Dalloway and To the Lighthouse.

After five LPs, it can be stated that Kurt Vile is a great artist. The Philadelphia-based singer-songwriter produces multidimensional sounds and lyrics that speak to the heart of the human condition without appearing to be trying at all. After a quick listen to his most recent release Wakin on a Pretty Daze, one might be tempted to throw out a label like “slacker rock” to describe Vile’s music, given his mumbling vocal style, frequent mention of being in a “hazy” state and laidback (some might even say sluggish) grooves. Repeated listens, though, reveal a subtle, sublime record that projects the pleasantly peculiar world of Vile onto a vibrantly mind-altering canvas.

The album opener, a sort-of title track called “Wakin on a Pretty Day,” establishes the record’s deliberate pace, seemingly lackadaisical mood and profound insight. It’s the kind of tune you can set your morning alarm to. From the opening foggy guitar sounds and mid-tempo, slightly off-kilter groove, it sounds like Vile is just getting out of bed, wiping the sleep from his tired eyes. “Wakin” is one of several tracks that pushes the 10-minute mark, yet never gets old. The classic-rock-influenced guitar melodies push the tune forward in a similar manner as Neil Young’s epic Psychedelic Pill from last year. The lyrics are a tapestry of darkly humorous observations (“Phone ringing off the shelf/ I guess it wanted to kill himself”) and understatement (“Don’t worry about a thing/ It’s only dying”). The “daze” Vile depicts is purposely ambiguous. It could be a post-breakup state, a result of drug use or the initial stages of grief. Whatever the cause, this condition of stupor is universally relatable to the listener.

The lyrical themes established on “Wakin on a Pretty Day” continue throughout the record in subtle variations. Vile is a master of juxtaposing armchair existentialist lines (“Life is like a ball of beauty that makes you wanna just cry/ Then you die”) with highly colloquial phrases that seem drawn from actual conversations (“Sometimes when I get in my zone/ You’d think I was stoned/ But I never, as they say, ‘Touch the stuff’”). The writer straddles the line between diary-entry confessions (“There was a time in my life that is gone/ I sometimes still go back to/ Not to be all stalkin’ myself too much”) and highly sophisticated poetic techniques (the synesthesia and slant rhyme of “Comfort of codeine and Springsteen pristine/ You should have seen just what I heard”). Vile has a penchant for depicting the relentless longings of the human heart and the realities of a cold, harsh world. “Girl Called Alex” rivals Wilco’s “Ashes of American Flags” as a song about the necessary illusion of happiness we hold as an ideal in our own hearts. Vile sings, “I wanna walk out into the night/ Without it being running away/ From a bad day in my brain/ For the sake of the strip that I could be cruising/ In the comfort of a sports car illusion”.

Indeed, the lyric sheet will give wordsmiths much to analyze and puzzle over for weeks to come. At the same time, great lyrics mean little without stellar music to accompany it. Vile delivers on this front as well, giving us sounds that are consistently fascinating, even as the musician dabbles in a variety of genres. “KV Crimes” wears Neil Young & Crazy Horse on its sleeve, with the central riff and groove sounding a bit like “Cinnamon Girl.” “Was All Talk” is an ode to the ‘80s, with the rhythm falling somewhere in between new wave and Paul Simon’s “Graceland.” “Never Run Away” and “Pure Pain,” despite being somewhat conventional songs, mix things up with an odd time signature and an angular, sinewy melody, respectively. The repeated fingerpicking on “Too Hard” never gets old when cast against the reflective lyrics. The record only becomes a bit tedious with the mediocre “Snowflakes Are Dancing” and synth-obsessed “Air Bud,” though it is quickly redeemed with closer “Goldtone,” a moving poem about the healing powers of music and beauty.

The fact that there’s rarely a dull moment in Wakin on a Pretty Daze’s hour-plus running time speaks to the record’s inventiveness and diversity. It’s rare for a musician to capture an emotional space with such conviction, playfulness and specificity. Vile’s world is both idiosyncratic and highly relatable. It’s fun to dig into the depths of the record, looking for lyrical and musical connections between tracks, trying to parse a lyric like, “Spirit in the ether/ For my right-wing sister/ Safe to say she don’t get out that much.” After some time, Wakin on a Pretty Daze demands that we simply sit back and enjoy the show, following him down every rabbit hole he jumps in. When Vile sings, “Making music is easy/ Watch me,” all we can do is nod our heads in recognition and keep listening.