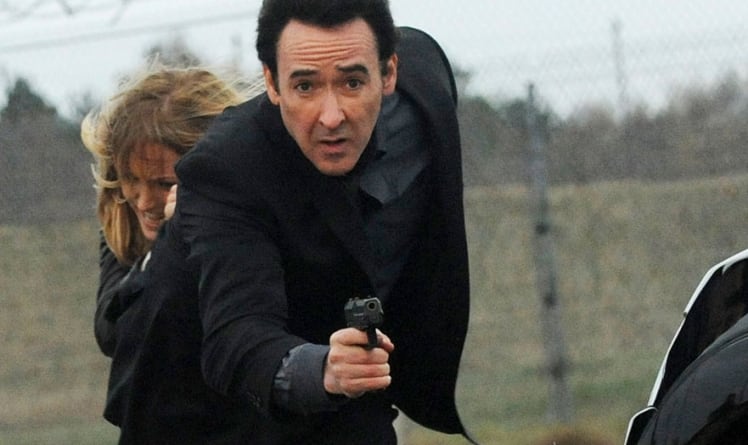 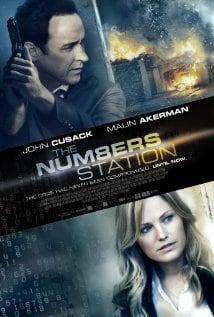 There are few contemporary actors who’ve had as dismaying of a second act in their careers as John Cusack. Blessed and cursed with a darkly whip-smart charm that made him a natural for the sort of modern romantic comedies that he clearly loathed, Cusack has had a particularly rough time finding his place in a cinematic firmament shaped by Marvel Studios and endless variations on giant fighting robots. His various stabs at serious adult dramas over the years have mostly sputtered, no matter how promising they might have seemed on paper (namely, Midnight in the Garden of Good and Evil and more recently, The Paperboy) and his attempts to get a fresh blockbuster under his belt has yielded no discernible career boost. Now he exists in a weird limbo, scratching out an onscreen existence in utterly perplexing fare, such as The Raven, last year’s unwatchable attempt to turn Edgar Allen Poe into a gloss comparable to Robert Downey Jr.’s Sherlock Holmes. Spiraling towards a professional nadir is the best explanation for what he’s doing in the dismal new thriller The Numbers Station.

Even if Cusack is closer in being a beggar than a chooser these days, it’s tough to watch him barely trying material that is strictly on a straight-to-DVD level. Cusack plays Emerson, a licensed-to-kill operative for a shadowy government agency. When an innocent becomes collateral damage during one of his assignments, Emerson is reassigned as security for a numbers station in Suffolk, England. The secret site sends out shortwave radio broadcasts of digits, code used by agents in the field, just like Emerson, to receive their latest assignment. It’s supposed to be a cushy gig to help him get his head together, but of course it doesn’t play out that way. Instead, the facility comes under attack, and Emerson is forced to draw on his bloodiest skills to protect Katherine (Malin Akerman), one of the women behind the microphone in the station.

Director Kasper Barfoed pulls the film together with minimal creativity and no sense of building tension whatsoever. There is, however, an abundance of arty, pretentious slow-motion footage and smudgy cinematography to go around. He plays up rooms awash in colored light, as if trying to get the attention of Skyfall cinematographer Roger Deakins (“Look! I did something like what you did!”), and hammers away at the fabricated mood of the piece. Cusack grimaces sternly through all of his scenes, leaving poor Akerman to yammer and jitter, like Anne Hathaway’s attempts to fill the void when co-hosting the Oscars with a narcoleptic James Franco. Neither approach manages to hint at any tension in the proceedings, even though F. Scott Frazier’s script insists that the bad guys’ plot—involving the murder of 15 top figures in the agency—will be the first toppled domino leading to geopolitical collapse. They are not people in danger, but merely actors in a movie, their eyes almost marking off the three-act trudge to the inevitable conclusion.

The Numbers Station feels off in every respect: slack where it should be taut, sluggish when it should start to race and, worst of all, seemingly convinced that its revelation of government callousness is the height of daring when it’s actually a pathetic cliché. Perhaps the one thing that can provide a bit of backhanded credit to Cusack is the theory that his clear disinterest could at least reveal some awareness of the project’s many faults. By all evidence, he actually doesn’t want to spend an hour-and-a-half with this dreadful film. He’s not the only one.