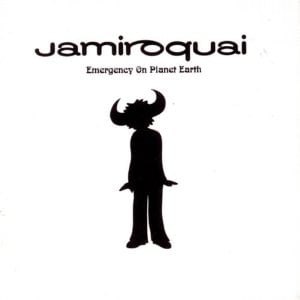 From time immemorial, things have sucked. But there seems to have been a special awareness about suckage in the 1990s, and the suffering was not silent. After all, what is grunge but a beatific expression of existential groaning about alienation/disenchantment/fucked-upness? What are riot grrls railing on about if not revolution? It was a period not just of sludgy guitars, Manic Panic and ripped cardigans, but of populist commentary and renewed social activism. Rage against the machine begot Rage Against the Machine. Shit could get impolite, this good guy misanthropy crystallized in the iconic Rolling Stone cover photo of Nirvana in which Kurt Cobain wears a “Corporate Magazines Still Suck” T-shirt – an image so righteously emblematic of the times. Young’uns had a lot to be pissed about, as there was no shortage of scourges and outrages (for a list, look to all of the T-shirts Michael Stipe peeled off at the 1991 VMA awards); I remember as a teen feeling particularly doomed about the threat of acid rain. Seems so quaint now.

Maybe this celeb-endorsed social consciousness was (or became) a bit trendy, but issues-messaging was pervasive in the ‘90s music scene and not everybody was so screamy about it. Jamiroquai’s debut album, Emergency on Planet Earth, is, at first listen, a snazzed-up, Stevie Wonder-cribbing fusion of ‘70s funk and acid jazz jamming. Emergency was quite different stuff than what was dominating airplay in 1993: as opposed to the meta-reflections of “Here we are now/ Entertain us“, Jamiroquai’s funky-fresh Jay Kay was doing just that, and with a didgeridoo no less. But a quick survey of the liner notes reveals that Kay makes no bones about his higher-purpose intentions. “At last ! I finally get the chance to express myself and put some of my thoughts on vinyl,” he exhorts, as if liberating a clarion call that has long been lodged in his throat. What follows is a scattershot but well-meaning New Age, Gaia-positive rant that touches on so many of the hot-button topics of the day : world hunger, foreign debt, the destruction of rainforests and the obsolescence of paper currency, along with a special note of respect to Native Americans, in particular the Iroquois, the tribe around which Jamiroquai’s name is partly appropriated.

Better conveyed in the short form and not impassioned essay, the lyrics of Emergency advocate for revolution, be it political, spiritual or musical in nature. An orchestral intro of vibrato violins ends in a trumpet lick, ushering in the skittering bass groove of “Too Young to Die,” a piece that foreshadows the coming revolt, conflating overthrow with celebration : “It won’t be long/ Dancing like we do now/ To put this sad world right/ So don’t you worry/ Suffer no more/ ‘Cos we’re too young to die.” “Too Young to Die” maxes out a groovy minimalism – the mellowed waviness of the keys, transitionary trumpet washes, an occasional wicka-wicka of guitar – these genre-faithful flourishes are not over-proportioned. The lasting impression is that of a duet between Kay’s singsong scatting and core collaborator Stuart Zender’s nimble bass riffs. Which is funny when you consider that this is pretty much Kay’s version of “Fuck Tha Police. “

In some ways that’s what makes Emergency a great album, the combating of postmodern, near-apocalyptic anxieties with the melodiousness of retrofitted grooves. Even the songs that suggest hedonism (the mid-tempo “If I Like It, I Do It,” the street-level funk of “Whatever It Is, I Just Can’t Stop”) reference intellectualized concepts such as “legislation” and “common sense.” And yet the luxuriousness of ‘70s soul renders Jamiroquai’s revolution danceable. Whatever the message, it just feels like the world is set to “All right.” “Blow Your Mind,” the unequivocal delight and pressure release valve of the album, sets asides the polemics for about 8 ½ minutes of good lovin’. Needing, squeezing, wanting, needing – it’s a frisky romp with the light tapping of bongos, squelchy bass acrobatics and “WKRP in Cincinnati” key twinkles, featuring a lengthy mid-section of perfect indulgence wherein Kay scats in unison with a tin-muted trumpet. It’s okay to take this sexxxay break, the earth will undoubtedly still be fucked by the time you get back.

Though Jamiroquai was perhaps better loved by the Brits, the band (or, better stated, Kay along with a cadre of session musicians) did enjoy adulation on American shores. “Virtual Insanity” from the lauded Travelling Without Moving (1996) marked their apex in this regard, at least commercially speaking. Zender then left Jamiroquai (squabbles with Kay were well publicized), and Kay suffered for it : after the localized success of Synkronized’s “Canned Heat” (1999), the band all but disappeared from stateside relevance, though they would go on to record three more albums through 2010.

Does 2013 look kindly upon 1993’s Emergency on Planet Earth? It’s tough to be definitive, since its conceit (much like that of contemporaries Deee-Lite) was to sound as if it had been recorded decades earlier. It’s largely not a product of its time, though it’s true that what once was “Oh wow, listen to that didgeridoo !” is more likely now “Oh lord … that goddamned didgeridoo!” And Kay’s signature hats were always dumb – even by 1993 standards – though it must be admitted that given his looks, style, moves and talent, Kay was one fucking cool customer.

What is certain is that Jay Kay, by all accounts, became a hypocritical, greedy dickwad of the highest order. Responding to criticism by proclaiming, “I may be the prat in the hat, that’s cool, but I drive an Aston Martin DB5. Prat I may be, but a prat with an incredibly large amount of style,” did little to assuage the folks who pointed out the dissonance between grandstanding as an environmentalist and owning fleet of high roller sports cars. Of course by “style” he means “money.” But what of the revolution? WHAT ABOUT THE EMERGENCY ON PLANET EARTH??? “After a while you realize that people won’t boogie and dance to those tunes,” Kay reflected of the politics of Emergency. Fair enough, I suppose. At least it didn’t take much longer for people to realize that they didn’t want to boogie and dance to you.