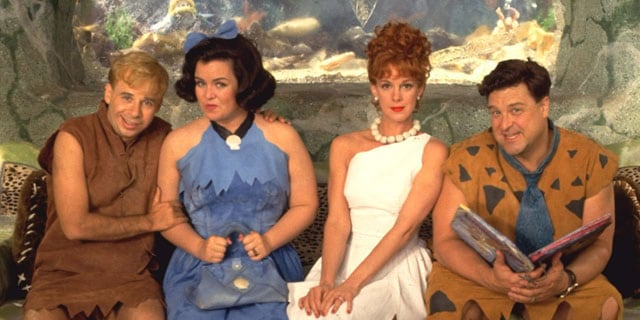 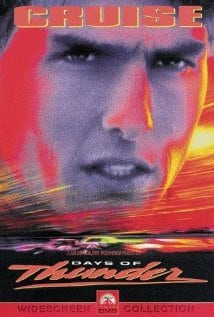 Just four years after Tom Cruise’s stardom was fully secured by Top Gun, he reunited with director Tony Scott for a racecar movie that exposed the cynicism that would define much of the actor’s career. Line up the familiar elements correctly, and Cruise could make any piece of garbage into a hit. Production began on Days of Thunder without a finished script and with greater concern for hitting the staked-out summer release date than developing something worth watching (they were still shooting mere weeks before its June premiere). Unsurprisingly the end result is a nearly unwatchable mess, marked by glib disinterest in narrative integrity, characters clearly motivated by writer whims rather than internal logic and dialogue so inane (“Claire, I’m more afraid of bein’ nothing than I am of being hurt.”) that it’s almost painful to think of this screenplay emanating from Chinatown scribe Robert Towne. Bad as it is, Cruise and his cohorts were completely correct in the assessment of the ticket-buying public. Days of Thunder was a rock solid hit. – Dan Seeger 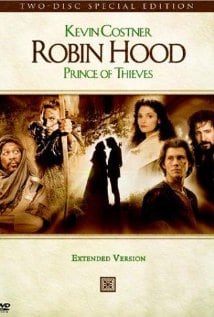 In a movie like Prince of Thieves, which reaches for both medieval realism and the good-hearted scampery of the Errol Flynn Robin Hood, the lesson to be taken from Alan Rickman’s absurdly evil performance as the Sheriff of Nottingham couldn’t be clearer: the actor was resigned to the silliness of both the role and the entire story. Robin Hood done realistically, which is for the most part how Prince of Thieves tried to do it, is completely out of place for medieval England, where things were ugly, short, brutal, warlike and riddled with plague.

The only thing in this Kevin Costner vanity-project that actually follows that logic is Rickman, making it ironic that the cost of having the only fun role in a movie is a performance that sticks out of the muddled rest of the film like an arrow through a skull. In contrast, there’s Costner, who was, at the time, the biggest movie star in America, as evidenced by his SoCal-drawl to the early-‘90s Swayze-mullet he keeps perfectly coiffed despite living in the woods. Costner plays Robin Hood as if the dude from Field of Dreams wanted an even bigger area to play in and built himself a mockup of Sherwood Forest, which is pretty much how it went down. Even if the film had a star who wasn’t too self-satisfied to turn in an actual performance, this would still be a movie of empty sets, hollow caricatures and the baffling inability to decide whether its tone should be serious or silly. – Alex Peterson 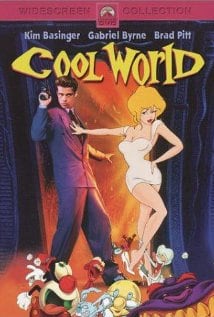 If you’re ever in a very specific kind of argument and need an example of how one man’s unique vision can be utterly destroyed by outside interference, Cool World is your perfect closing statement. In the ever-treacherous world of studio politics, it somehow makes complete sense that one would hire a brilliant auteur like Ralph Bakshi and then remove everything he brought to the table and force him into compromising his style at every turn.

Originally conceptualized as a horror film blending live-action and animation, Paramount must have seen the film as a no brainer after the 1988 success of Who Framed Roger Rabbit. But rampant studio interference begot a film that fails on nearly every level, being neither family friendly nor adult-oriented, but instead landing squarely in the middle of the road. As we all know, artistic compromises for marketability always please everyone, and so the story of a convicted murderer (Gabriel Byrne) who ends up in a sex and violence-saturated animated world of his own creation and bangs a nymphomaniac cartoon (Kim Basinger) never quite gels into anything but a mess of T&A too tame for Bakshi fans and too racy for mass audiences. It’s a debacle of a movie, through and through. – Nathan Kamal 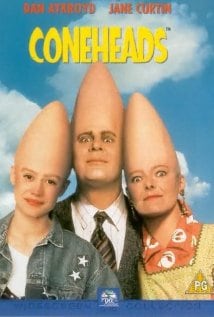 Coneheads has a halfway decent first third, but soon it becomes clear that the best thing about the movie is the cone-shaped font used in the credits. Product placement, ceaseless repetition of “SNL”-era catchphrases and jokes so old they were recycled from Jack Benny’s slush pile are passed off as plot. Every “Saturday Night Live” alum still living was given at least a cameo appearance, resulting in a mish-mash of performance styles, some so flimsy they could not legally be called performances in a court of law. Dan Aykroyd walks through the film like he just spent the morning in his trailer reciting “It’s funny because my head is shaped like a cone” as his personal affirmation. Michael McKean, an INS agent chasing down the alien-immigrant Conehead family, looks like he stepped right off the set of an “X-Files” episode, and frankly, his time would have been better spent chasing down an explanation as to why teenager girls in 1993 were so obsessed with a Synthpop single from 1981. – Stacia Kissick Jones 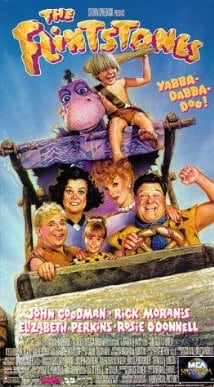 It’s one of those films where even the conciliatory, branch-offering phrase, “I could see what they were thinking” does not apply. The Flintstones wasn’t the first live-action film adapted from an animated series, but it encapsulates the worst traits of so many blockbuster versions of cartoons. The production and costume design roughly match the look of the old show, but somehow a massive budget produces sets and clothes that look less real than then-40-year-old TV drawings. The actors—a surprisingly qualified comic cast—are made to ape some approximated fashion of animation by tossing out the subtleties of their craft for simple mugging. And the narrative, a story of class envy, corporate scheming, betrayal and family strife, is so far outside the understanding of a child that the physical gags and simplistic dialogue seem like extras designed to satisfy the children where most family films reverse the ratio and offer more adult matters as a bonus. As evidenced by subsequent, similarly flawed film franchises like Alvin and the Chipmunks and The Smurfs, the only thing worse than The Flintstones is the fact that it brought in enough money to make it seem like a good idea. – Jake Cole