February 28, 2021
Home Music Pacific UV: After the Dream You Are Awake 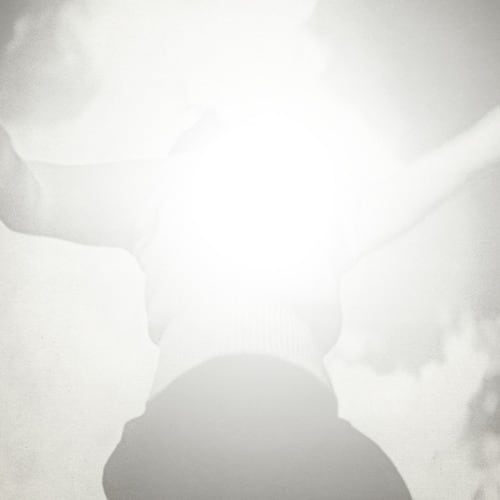 [xrr rating=3.0/5]Do you have a tightly-wound, Type A personality and need to take your OCD down a notch? Or are you naturally mellow, just looking to pad out your cozy den with another bit of fuzzy warmth? Perhaps you’re chemically altered and you don’t want to harsh your buzz. Rejoice, Pacific UV’s After the Dream You Are Awake may be just the chill pill you’re looking for. Their dreamy electro-pop is devoid of hard edges or sharp corners. The songs seem to drift in from the hazy distance at a zombie pace — the old-school slow kind, not the frantic ones. There’s little sense of anxiety, only an opiated dissociation that drains away all urgency.

On “I Think It’s Coming,” vocalist Laura Solomon’s cautiously gentle singing suggests late night confidences and heavy confessions. Rather than distance, her detachment imbues the lyrics with deep intensity, “I don’t believe in what I can’t see/ The way you climb right into me/ Let’s not pretend this is the end/ Just be still, it’s about to begin.” Sonic details collect as the tune unfolds with languid grace. Like a slow motion explosion, each isolated part finds its position in space. The song evolves into the shadow of a powerful, painful memory, one that was packed away for later perusal. With the insulation of time, the specifics can be pulled out and examined through a coating of gauzy reverb. “I think it goes without saying/ I think it goes/ Watch it go” – tumultuous loss has been polished down to a core truth that transcends the emotional impact.

Pacific UV’s electro-pop side bubbles through more strongly on tracks like “American Lovers.” Unlike “I Think It’s Coming,” there’s no sense of trauma, just a hopeful promise. The dance-friendly arrangement features a fanning shimmer of synths, organic highlights of guitar and Clay Jordan’s whispery voice. This love song gets its dreamy vibe from the cottony swaddle of echo as Jordan draws a preordained line of connection, “In a distant time and place, under moonlight cold and clear / With an ever-changing face, I will always meet you here.”

Despite the sedated flow of After the Dream You Are Awake, two songs offer a touch of surprise. One is the band’s cover of Billy Idol’s 1983 hit “Eyes Without a Face,” which updates the original’s synth-pop with more modern electronic sounds. Maintaining Pacific UV’s penchant for soft-focus, they edit Idol’s lyrics slightly to remove the sneering tag, “Got no human grace, your eyes without a face,” from the chorus and they leave the rocking bridge out altogether. By contrast, “Russians” throbs with a nervous, hypnotic oscillation. Jordan and Solomon retain detached on the verses, but the expressive chorus breaks the monotone and opens into expansive trippiness. This gap in their façade is a pleasant change, offering a memorable landmark in the play list.

Reflective but not soporific, the prevailing mellow groove on this album succeeds because it ornaments itself with fascinating electronica, subtle lyrics and a varying palette of songs. The title speaks of waking after the dream, but these songs suggests that dreamtime should linger a while longer. This is music best saved for the after-party or when its calming center is just what the doctor ordered.