September 24, 2020
Home Music The National: Trouble Will Find Me 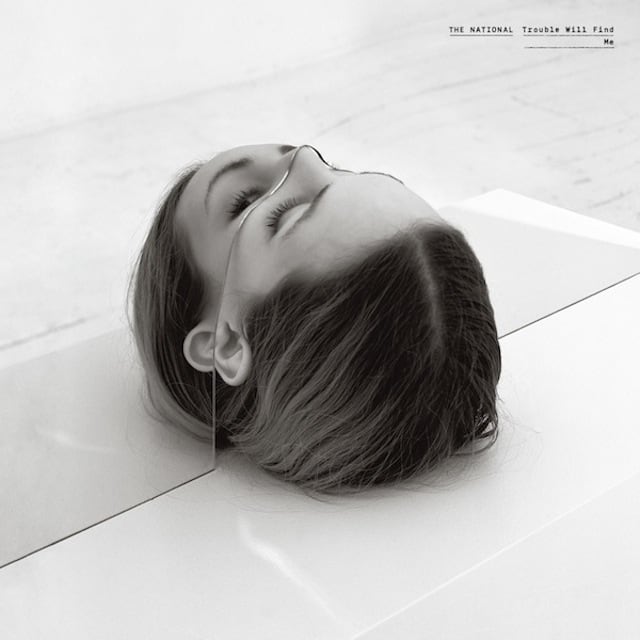 [xrr rating=4.5/5]On a superficial level, the National should be relegated to cult status, critically-lauded and beloved by a core audience. Their unflinchingly honest portrayal of 21st Century malaise and despondence, social anxiety and regret should be a lead weight holding them back. And yet, what should be so limiting has conversely come to be the spark that launched them into the stratosphere. Perhaps it’s that whatever despair plagues their work is persistently tempered with a desire to persevere. And as shown throughout Trouble Will Find Me, the National maintains their modus operandi of zeroing in on individual alienation, the tales composing their sixth record standing as microcosmic examples of unfulfilled longing in a globalized, digital age. That pervasive feeling of isolation clearly resonates on a large scale, as proven by the National’s newly cemented status as a headlining, in-demand group.

Trouble Will Find Me, then, is the album of a band on the other end of a world conquered by 2010’s High Violet, and it is their declaration that such conquest was no fluke. Quieter overall than High Violet, in the same way Boxer was to predecessor Alligator, Trouble Will Find Me forgoes immediate reward for slow-rising simmer. As a result, the melodies are not as instantly recognizable. Instead, brothers Bryce and Aaron Dessner create evocative mood pieces, the threads of which are woven together in a layered tapestry. Frequently, the songs start with minimal instrumentation, beguiling the listener as they subtly grow expansive. The tendency of the music to swell and break is underpinned by the rhythm section of the band’s second set of brothers, Scott and Bryan Devendorf. The latter’s unconventional drumming style is the National’s ace in the hole, going with a downplayed shuffle in “Fireproof” and one-two-three power blasts in “Sea of Love,” one of the album’s few avowed rockers. Such a pairing of the rhythmic Devendorfs with the more esoteric inclinations of the Dessners manifests in a marriage between dirges and hymnals, the seemingly oppositional forms most closely linked on “Heavenfaced.”

At the center as always is Matt Berninger and his insightful words delivered through rough yet consoling baritone pipes. As a lyricist, Berninger again makes his case as one of the finest in the indie realm, speaking from perspectives of the desolate and the insecure, reassuring the lonely that they are not as alone as they may believe. Opener “I Should Live in Salt” finds a meeker-than-usual Berninger providing a deprecating tale of two lovers living like planets orbiting the same sun, never managing to collide. The song starts like a whisper, epitomizing the paradigm employed so often on the record of building into a cathartic exhalation. As such, it is the first of several bedroom anthems of self-realization, wherein Berninger bemoans his decision to leave one behind, but is unable to keep from picking at the scab, repeating, “I should leave it alone/ But you’re not right.” He invokes the imagery of a desert of salt as what he believes to be a fitting punishment, implying the sucking of moisture from his body, leaving him a brittle husk. Such self-deprecation could be melodramatic, but the musical accompaniment of the Dessners and the Devendorfs saves Berninger’s words from that pitfall and leaves them genuinely moving.

With lead single “Demons,” Berninger begrudgingly champions the integrity of holding onto misery rather than compromising for relief. His narrator makes the case that it’s better to own your demons as essential to your identity instead of taking the chance of casting them out and winding up hollow. A theme of stagnancy, and of that stagnancy’s ability to become comforting and to supersede the drive to evolve, pervades the record. In particular, “Slipped” stands as a sequel to “Demons,” the speaker fixed to a pole in his past, the past itself a roadblock to personal development. “I keep coming back here where everything slipped,” Berninger sings mournfully, before declaring with recalcitrant pride, “But I won’t spill my guts out.”

Entwined with this theme of emotional fixation is that of demythologizing the sunshine-and-rainbows concept of love. The pinnacle of revered feelings is treated as an addiction in “This is the Last Time,” initial exhilaration leading to desensitized dependence. The protagonist has a masochistic bent as he repeatedly indulges in a surreptitious hookup. He seeks resolution to a fling that cannot end pleasantly, yet he can’t help but relapse when the song’s rising momentum collapses at the end. That debilitating quality of love flares up again on “I Need My Girl,” the music swirling as a whirlpool around Berninger as his character circles the drain with the repeated, “I keep feeling smaller and smaller.”

The record splits its zenith between “Graceless” and “Don’t Swallow the Cap.” The former, which is bound to be an encore staple when the National plays live, serves as Trouble Will Find Me’s equivalent to High Violet’s “Conversation 16.” There are some particularly clever turns of phrase here, in particular, “God loves everyone/ Don’t remind me” pointing out how vapid that trite attempt at comfort is, and “I’m trying but I’m gone/ Through the glass again,” a Lewis Carroll reference mirrored with that of alcoholism. Meanwhile, “Don’t Swallow the Cap” features Berninger giving a firsthand account of mental illness and institutionalization, numbly reciting a litany of observations as he details the hoops one must jump through to convince hospital staff that you are okay.

Trouble Will Find Me is in every way the logical continuation of the National’s previous offerings, and it marks their fourth success in a row. It’s virtually assured to top High Violet’s mainstream recognition, showing the National have proven in this era of technology-saturation and interpersonal disconnect that valid, artistic music can be appealing on a mass scale.