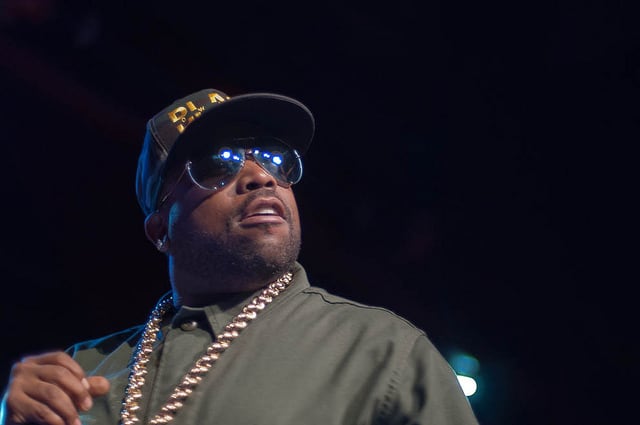 It’s hard to admit that next year marks the 20th anniversary of OutKast’s debut, Southernplayalisticadillacmuzik. It’s even harder to admit that fresh and clean, fur coat-toting, Ms. Jackson-apologizing feeling of Stankonia turns 13 this year. One moment you’re the hip hop flavor of the month and the next you’re royalty, a survivor, especially when your crew is defunct or low-burn simmering on indefinite hiatus. For those old enough, it’s hard to transition, recognize the up-and-comers such as Odd Future and Black Hippy have already seized the mantle. It just doesn’t seem fair.

But last year proved that hip hop isn’t just a young man’s game. E-40 continues to bust out one strong release after another while Nas fulfilled Jay-Z’s prophecy and finally made something that can stand up to Illmatic. Rising above it all was 38-year-old Killer Mike, the Atlanta MC who shot to prominence 12 years ago with a spot on the OutKast single “The Whole World.” Working with El-P, Killer Mike put out R.A.P Music, a release that towered over even great albums by Kendrick Lamar and Pluto, marrying the hardness of ‘90s rap with El-P’s claustrophobic beats.

Killer Mike is using 2013 to take a victory lap, opening shows for Big Boi, hitting up numerous summer festivals and then embarking on another trip with El-P later this summer. Doing his best to swallow up an empty stage, Killer Mike concentrated heavily on R.A.P. Music material during his set, dipping back to early albums with cuts such as “Ric Flair.” Less Dirty South than West Coast, Killer Mike tore into songs like “Big Beast” and “Reagan” with vicious intensity. Although his voice was ready to give out by the time “God in the Building” rolled around, Killer Mike proved that one MC and one DJ can still put on an engaging and forceful performance.

For every ounce of Killer Mike’s minimalism, Big Boi instead reveled in excess. Featuring a live band and a giant screen beaming OutKast videos and other promo clips, Big Boi played a nearly two hour set heavy on the material he ushered into the world with André 3000, carefully side-stepping most of the new material on his poorly received Vicious Lies & Dangerous Rumors. With Dungeon Family’s BlackOwned C-Bone filling in for his missing OutKast companion, Big Boi’s set floated by on more on the strength of the material than pure skill. 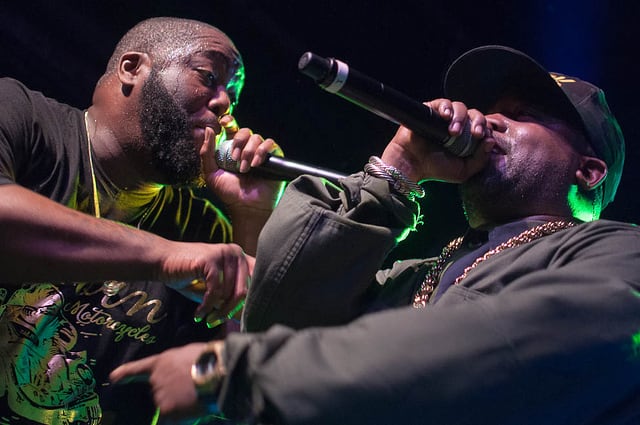 If I’m allowed to digress for a moment, I saw OutKast in concert in the height of their Stankonia days, playing alongside Moby and the Roots on the ill-conceived Area:One Festival. I still maintain it was one of the most disappointing performances I’ve ever seen. Flash forward 13 years. Big Boi may be better on wax than live, but watching the man break out “Bust,” “ATLiens” and “Rosa Parks” right at the show’s beginning was exhilarating.

Unlike Killer Mike, who owned his songs, Big Boi seemed to hide behind the material. With his mike turned down low and him hidden beneath a cap, sunglasses, thick chains and a camouflaged jacket, Big Boi had the moves and the energy but rarely emerged and grabbed the songs by the balls. While it was fucking awesome to hear “Ghetto Musick” segue into “B.O.B.” and sing along to “Ms. Jackson,” none of the performances transcended the recorded versions.

This feeling was only compounded when Killer Mike joined Big for a few songs such as “Ready Set Go” and a particular bouncy version of “The Whole World.” As Mike bellowed into his mike, Big sounded particularly inaudible, and while the headliner stood a few feet back, Mike hovered on the lip of the stage, even plucking a joint from the audience, taking a puff and handing it back.

Meanwhile, the ghost of Dré 3000 hung over the show, his image constantly flashing at the rear of the stage in the video shows. Let’s give Big Boi some credit: he’s out there busting his ass, making new music and staying away from Gillette commercials. As the packed audience sang along to “The Way You Move” and “In the A,” Big Boi easily topped that shitty OutKast performance from years before. But unlike Killer Mike, Big Boi seems moored in the past, content to play a show with truncated versions of old hits rather than taking the snot-nose upstarts, who are watching the throne, to task like he easily could.