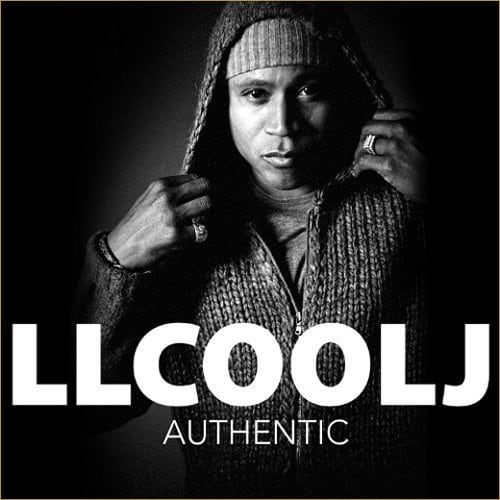 [xrr rating=2.0/5]For almost 30 years now, LL Cool J has been the poster boy for perpetual relevance in hip-hop. Famously urging us to not call his returns “a comeback” on his monumental 1990 single “Mama Said Knock You Out,” he’s really been the few rap artists to have both longevity and commercial success. While he’s by no means the only hip-hop artist to age gracefully over the years (lest we forget how Scarface, E-40, Too $hort and Snoop Dogg have also been active for ages), Cool J’s been touring the world rapping since a time when you had to actually explain to a crowd what rap was. After 12 studio albums on Def Jam, Cool J’s finally stepping out for the first time on his own with his latest release Authentic.

To date, Cool J’s been able to both chart and find a niche within several generations of hip-hop audiences. This is because his albums have followed a certain formula: mixing the trademark hard-hitting LL aggression or smooth Cool J ballads with an up-and-coming artist who’s just fresh enough to benefit from the Cool J co-sign, or re-introducing the veteran MC to the genre’s latest listeners. Whether it was a DMX or a Juelz Santana, this strategy has allowed Cool J to perpetually have a spot in the rap world without sounding dated or pandering. Authentic abandons this time-tested method in favor of a music industry seniors tour. I’m a bigger fan of Seal than most, but seeing him alongside Earth, Wind and Fire, Monica and Eddie Van Halen (all talented in their own right) on what’s supposed to be a contemporary hip-hop album is a bit perplexing. The youngest artist on here is Travis Barker, who contributes an absolutely unnecessary and out-of-place drum solo to “Whaddup.” Is this the same LL Cool J who managed to stay at the forefront of a youth culture spanning four decades?

Of course, if we take Cool J by his lyrics, his aims are different now. On “Closer” he raps, “Couldn’t give a damn if a young boy’s my fan / Long as his mama two-step to my jam.” This line of thought is completely contrary to what’s made hip-hop such a vibrant youth culture. It comes off hypocritical considering the man’s discography, and is outright painful considering what a tremendous downgrade in quality Authentic is compared to the rest of his catalog. Cool J’s never been one to follow trends per se, but he’s been versatile enough to create his own niche in every moment’s hip-hop soundscape. This is his one album that clearly doesn’t.

What makes this declaration even more puzzling is how, given the famous names alongside him and the way the album actually sounds, Authentic is desperately trying to sound like a 2013 release but doesn’t fully grasp what’s happening in hip-hop today. If Cool J wants Authentic to be as “authentic” as he’s boasting it is, he should take a page out of the Beastie Boys’ To the 5 Boroughs playbook and just make a neo-classical old school rap album. When he channels that trademark Cool J bark on the Snoop Dogg-assisted “We Came to Party” or the subtle soul of “Give Me Love,” we’re reminded of the classic Cool J moments that’s made his most famous records so iconic. Instead of that, or even rapping about his uniquely interesting day-to-day (like when he released a song in 2009 about his “NCIS” TV series, or rapped from the perspective of a genetically modified shark on the Deep Blue Sea soundtrack) we get him literally bragging about being the “oldest man at the club.” We don’t even get the benefit of an outrageous “message” song like this year’s headline-grabbing “Accidental Racist.” (Brad Paisley DOES appear here on the much tamer “Live for You.”) The only real moment of LL having some thought-provoking hunger comes at the album ending semi-banger “We’re the Greatest” where he, out of nowhere, exclaims, “I got a lot of crazy crazy on my mind / Like what’s the real reason that the Pope resigned?” The topic is then immediately dropped and never returns, effectively giving us too little, too late. It always seems that when Cool J is at his lowest, he finds a way to return with something great. If Authentic is any indication, his next album should be an all-time classic.