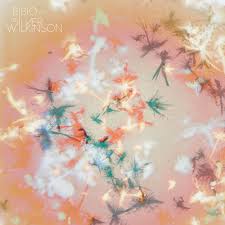 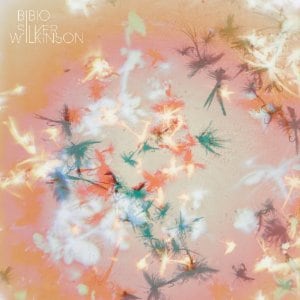 To help understand Silver Wilkinson, one must look to Bibio’s earlier Mush Records releases. Spanning four years and three albums (Fi, Hand Cranked, Vignetting The Compost), Bibio’s early sound sat drastically on the folk edge of his signature folktronica stylings. Using Boards of Canada-esque ambiance as a base, Bibio (UK’s Stephen Wilkinson) oozed as much backwoods nostalgia as American songwriters Justin Vernon (Bon Iver) and Samuel Beam (Iron & Wine) during the infancy of his career. It wasn’t until 2009’s Ambivalence Avenue, his debut on Warp Records, that the funkier, beat driven personality of Bibio began to dominate the surface of output. [For a brief example of the transition, open your favorite streaming service and explore the transition from “all the flowers” into “fire ant” from Ambivalence Avenue.]

For the first time in his four-year relationship with Warp, Bibio is exploring deeper into this more terrestrial part of himself. Like Henry David Thoreau’s Walden, Silver Wilkinson arrives from the natural serenity of Bibio’s surroundings. When speaking on the album’s recording process, Bibio has been clear about its overall direction: “[I wanted] to focus more on an organic and live sound and to record more guitar and other live instrumentation.”

One of only three songs with any true lyricism, the effects of Bibio’s reclamation of his natural surrounds rings through “À Tout à l’heure.” Instigating thoughts of a more mature Vampire Weekend, the track’s effervescent percussion, walking bassline and indie-pop vocal delivery stick with an infectious quality that Bibio’s prior broken beats didn’t deliver. Recorded extensively in his home garden using a 12-string guitar, an MPC sampler, a microphone and a cassette recorder, Bibio’s heartfelt ramblings about love and nature read like the poetic pages of an adolescent diary: pulling his audience closer through the stream of electronic beats.

While his rekindled appreciation for nature creates a stronger bond between the emotional ties of himself and his audience, the album suffers when that aesthetic subsides in favor of Bibio’s appreciation for funk and hip-hop. Although the themes of his Mush vs. Warp releases differed, they were fairly concrete across the individual albums. On Silver Wilkinson however, there are production shifts that negatively affect the overall flow of its 11 tracks. Following the acoustic enchantment of “Dye the Water Green” and coastal noise of “Wulf,” “Mirroring All” strangely morphs into retro psychedelic electronica for its final 120 seconds.

The chopped-soul of “You” is the track you share with friends to hook them on the talents of Bibio; on the other hand, the single seems a black sheep among the prevailing beats. And located between the Haight-Ashbury folk of “Raincoat” and “You Won’t Remember…” lies the underground indie-dance turbulence of “Look at Orion!” and “Business Park.”

Bibio has meticulously carved each track; it just happens that the blueprint has its flaws. Silver Wilkinson is just one entity, but two identities seem to be competing for dominance – a notion that we can all relate to at some point or another during our fleeting existences. In the end, maybe that is the message that Bibio wants us to take away from his seventh studio release.