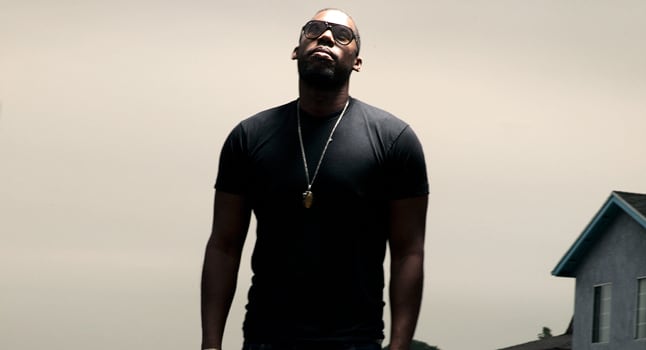 I’ve had plenty of concert experiences where I finally got to hear an act live that I had been following on recording for years, the kind where I wait with eager anticipation for every word of every song, ready to sing along and feel the euphoria of emotional familiarity. These shows are some of the most memorable I have attended. On the other hand, sometimes I show up to a gig not knowing what to expect. Maybe I’ve just liked a couple of the artist’s songs, but something I’ve heard through word of mouth has piqued my interest.

The Flying Lotus/Thundercat/Teebs show at Chicago’s Metro proved that the latter type of show, while more risky than one from a beloved artist, can be just as rewarding. Producer/DJ/rapper Steven Ellison (aka Flying Lotus) played a set that was the definition of a “pleasant surprise.” My knowledge of FlyLo goes back less than six months. I checked out last year’s Until the Quiet Comes on a whim and fell in love with the artist’s jazz-inflected beats and angular, soulful melodies. Rather than simply replicating that record live, Ellison gave the audience an entirely different experience, a psychedelic, audio-visual assault on the senses.

FlyLo stood at an elevated DJ booth sandwiched between a screen behind him and a scrim in front of him. Vibrant colors and geometric patterns burst onto the screens during the set, timed impeccably to the artist’s beats. Ellison often appeared as a mere silhouette amidst the intoxicating images. While Flying Lotus’ most recent release emphasizes the artist’s jazzy side, the live set leaned more towards hip-hop. Ellison came out in front of the scrim every so often to play the part of his alter ego, rapper Captain Murphy. While Ellison’s rapping chops left something to be desired compared to his smoothness as a mix master, it was great to see the artist show off his versatility and engage the audience directly.

FlyLo played a supple set, with snippets of his most popular tunes freshly mixed together with bits of TNGHT, Kendrick Lamar and other audio sources. Especially memorable were the low-frequency thud of “Sultan’s Request,” which shook the delicate club and the post-apocalyptic bebop number “Putty Boy Strut,” which was just as playful and infectious as the recorded version. The audience danced and threw their hands in the air as if this really was the end of the world.

As much as I was blown away by the artist with whom I have had only a short-term love affair, the set by FlyLo’s opener and label mate Thundercat sent out an even stronger shock to my system. Thundercat is the stage name of Stephen Bruner, a virtuosic bassist and sultry soul vocalist. I remember seeing Thundercat’s name come up on a blog or two, but I had somehow managed to miss hearing one note of his music until I stepped into Metro. Bruner plays his big six-string bass with an aggressive sensitivity reminiscent of Jaco Pastorius and Marcus Miller. His full, resonant tone filled up every inch of club space, whether he was playing a mellow ballad or engaging in some jazz-fusion acrobatics on the fret board.

Bruner was joined by a drummer and keyboardist, both of whom shared the bassist’s penchant for taut grooves and hot licks. Many of the tunes featured a retro Fender Rhodes sound that could have been lifted from a ‘70s Chick Corea record. The trio wasn’t shy about proving that they can play their instruments exceedingly well. All three musicians dropped some mad, forward-looking solos, but the infectious rhythm and melody were never sacrificed for the sake of merely “showing off.”

Before Thundercat and company rocked the audience’s socks off, California electronic musician Teebs (Mtendere Mandowa) set the mood with mellow, yet inventive, beats. Teebs’ set was more modest than Thundercat’s or Flying Lotus’. There were no trippy visuals or live-band synergies for this up-and-comer. Nevertheless, he eased the audience into the dancing and standing in awe that would follow. As soon as I got home from the concert, I scavenged the Internet for more tunes from all three of the Brainfeeder artists that performed. This is quite a testament to these musicians, given that the show didn’t let out until after 1:00 AM. Discovering music this fun and infectious was worth the sleep deprivation.