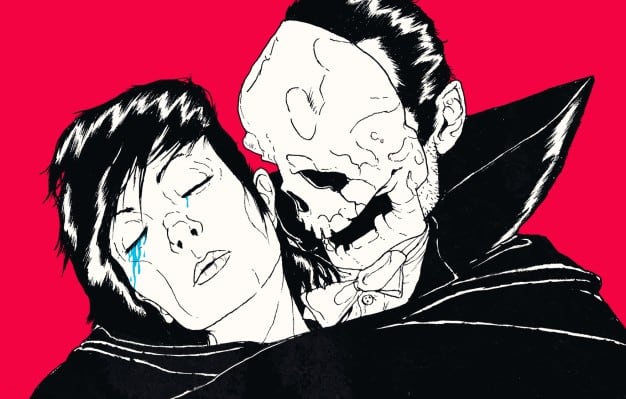 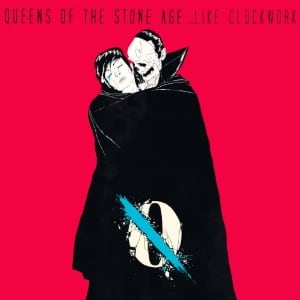 However you define the inconsistently used and sometimes unintentionally condescending term “comeback album,” it’s unfair to label the new Queens of the Stone Age album …Like Clockwork as such. Instead of becoming bogged down in the “comeback” hype surrounding Queens of the Stone Age’s new record, appreciate the fact that …Like Clockwork is their strongest, most stylistically diverse effort since 2002’s rightly beloved Songs for the Deaf. It’s an impressive collection of songs that fits in nicely with some of today’s best hard rock albums, ones that don’t sacrifice heavy riffs when going for pop hooks, or vice versa.

Opener “Keep Your Eyes Peeled” is essentially a foot-tapper and standard blues track, save for the fact that its one-note riff is dripping in some quintessential Queens of the Stone Age sludge. Furthermore, “Keep Your Eyes Peeled” reintroduces us to Homme’s singular wail, one that sounds more than ever like the voice of soul music in the Old, Weird America. Moreover, stomping lead single “My God Is the Sun” features Dave Grohl on drums and Troy Van Leeuwen playing 12 string guitar on a chorus whose main riff hits higher and higher notes even when you think the song can’t get any higher. And when you think it’s over, it actually has 30 seconds left to go, just so it can repeat its dirty 12-string motif once more. You know, just because. Most impressively, “Smooth Sailing” juxtaposes a borderline funk-metal riff alongside multiple Hommes (Homme as Bowie and Homme as Evil Urges-era Jim James), ultimately creating a track to match the swagger that a successful rock band like Queens of the Stone Age should have, deserves to have and now does have at this point in their career.

…Like Clockwork contains a lot of great simple, strutting pop tracks, such as “I Sat By the Ocean,” which contains traces of T. Rex and even ‘70s radio rock bands like Boston. Meanwhile, “The Vampyre of Time and Memory” is a “Sgt. Pepper in the ‘70s” piano ballad with softly wailing riffs that complement Homme’s pseudo-falsetto beautifully. Yet, the songs that most surprisingly work are the glam rockers, like “If I Had a Tail,” which features vocals from the Arctic Monkeys’ Alex Turner, Mark Lanegan and former Queen Nick Oliveri; it actually sounds like Bowie fronting Queens of the Stone Age. “Fairweather Friends,” featuring none other than Elton John (in addition to Trent Reznor), takes Queens of the Bowie Age even further: what at first is a pop ballad turns into an all-out glam war between drums and guitars.

Still, what might be the best aspect of …Like Clockwork is how it ultimately manages to quiet hype: by being undeniably solid, yes, but also by featuring big names who are discernible in their respective songs but not unmistakable enough to distract the listener into concentrating on context over content. On …Like Clockwork, a wide array of influences and guests allow Homme and company to explore their interest in pop while showing off their penchant for complex and heavy instrumentation.

Jordan Mainzer is an interactive designer and scriptwriter at a Chicago-area e-learning company. He's also a freelance arts and culture writer for publications like Frontier Psychiatrist, musicOMH, The Huffington Post, Slant Magazine, Design Bureau and his own art and design blog, DRA. When he's not busy writing, he's probably watching Chicago sports, getting into political arguments, or drinking beer and coffee. But not at the same time.