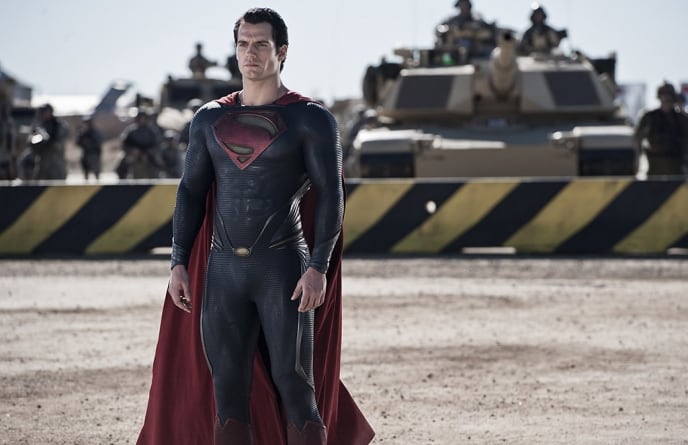 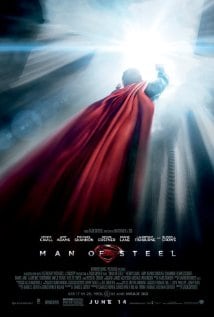 His acting career (and life) tragically cut short, Christopher Reeve will be best remembered as Superman. Dismissed by many critics as a pretty face of very little substance, Reeve breathed life into the Superman franchise by deftly switching from the bumbling Clark Kent to the stoic superhero, embodying both iterations and clearly demonstrating the demarcation between the being from Krypton and the human alter ego he assumes to walk among the denizens of the planet Earth. Since Reeve hung up his cape and tights, three actors have attempted to assume the mantle of DC Comics’ iconic character. In Zack Snyder’s reboot Man of Steel, Henry Cavill shows us just how much Reeve still owns the role.

Doing away with the campiness of the original Superman films and latching onto a Christopher Nolan-style aesthetic, Snyder and Man of Steel try to infuse darkness into a character and story that has no place for gloom. Clark Kent is no longer a shambolic newsman trying to keep his identity a secret while preserving the American way. Instead, he’s a broody drifter, a tough guy who makes a living working on fishing vessels and tending bar in the remote Canadian wilderness.

The story is the same: In an extended prologue, Jor-El (Russell Crowe), with his planet self-destructing, ships baby Superman (aka Kal-El) off to Earth. After a failed coup, the insane General Zod (Michael Shannon) and his minions are banished into a black hole. As Krypton falls apart, it’s apparent that Snyder is more concerned with big special effects than a cohesive story. Rather than show the evolution of Kal-El into Superman in a coherent manner, Snyder and screenwriter David S. Goyer slowly reveal this progression in jumbled flashback, interspersing hazy vignettes into the main narrative. Discovered by loving couple Martha and Jonathan Kent (Diane Lane and Kevin Costner—both endowed with lines dripping with cliché and platitude), Kal-El must learn to harness his power while concealing it from the close-minded occupants of Smallville.

This general dismissal of the origin story pushes Man of Steel into its modern day plot: General Zod finds Superman on Earth and decides to turn the planet into another Krypton. The only catch is that the entire human race will succumb in the process. As far as plans go, it’s definitely a notch above Lex Luthor’s asinine plot to sell intergalactic real estate in the last Superman abomination and it certainly gives Zod the moral high ground so he can espouse his defense during fight scenes. But rather than instill the role with true menace like Terence Stamp did years before, Shannon turns his Zod into a blithering bore who actually believes his notions of genocide are justified.

Action scenes of mass destruction take up a large part of Man of Steel. Smallville’s Main Street is leveled in a shitstorm of missiles, bullets and superheroic strength. Metropolis is pounded into the dust in a finale that never seems to end. Imagine Transformers, complete with Michael Bay’s inane direction, and that’s what you get here. On top of that, Snyder and Goyer interject a jingoistic sense of nationalism into most of their action scenes. Superman isn’t fighting to save his own people. He is fighting against his own people to preserve the American way. It’s not a surprise that Sears and the International House of Pancakes (among other corporations) are prominently featured here. Corporate cronyism is the modern American way. Is that what we’re trying to preserve?

Even more insidious is the messianic subtext that burbles up throughout the film. Superman is 33 years old when the film begins. There are numerous scenes of Cavill prostrate as if stretched on an invisible cross. Shit, even at one point, Kent goes to church and Snyder frames his head in a stained glass portrait of Jesus. If that isn’t subtle enough, Jor-El mutters something about the baby being a god amongst the humans. We get it. But what’s the point really?

The acting isn’t much better. As per every Superman adventure, Lois Lane (Amy Adams) pops up but this time around she learns Kent’s true identity almost immediately. She gets to shoot some folks with a gun and make dick jokes. The rest of the time she is placed in peril for Superman to swipe her away at the last possible moment. Meanwhile, Cavill turns in a leaden performance, given little to do but glower and fight while Shannon is hopeless as the maniacal Zod.

Man of Steel is a pandering, monotonous mess that features an anachronistic character who may be best left a relic of the past. Let Christopher Reeve have Clark Kent. Henry Cavill and Zack Snyder certainly haven’t earned him in this mind-numbing, tiresome bore of a picture.