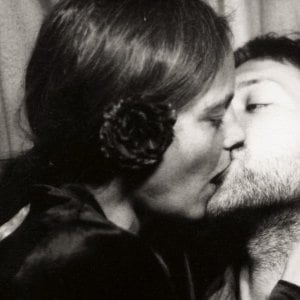 [xrr rating=4.0/5]On past work, English songwriter Emma Louise “Scout” Niblett’s interest in astrology informed the lyrical content of her music, making already bristly, insular guitar songs even more challenging and inward-facing. Instead of delving into mystical takes on the various raw edges of her psyche, It’s Up to Emma considers a much more relatable ordeal — the extended, lingering, one-sided breakup. It’s fitting then, that the overall sound of Niblett’s seventh album is also easier to take in. Steve Albini wasn’t at the helm for this album, but these songs are still sparsely constructed, muscular and visceral with their gain-heavy guitar and occasional bracing string adornment. In other words, this is obviously a Scout Niblett album, focused intently on her American-sounding vocals and threadbare guitar. Nevertheless, it doesn’t feel as heavy or hollow as on The Calcination of Scout Niblett, the fiercest she’s been on record to date. Niblett still sounds all alone, but it’s a little bit harder to imagine her recording in cavernous, desolate spaces, a single lamp casting long shadows that never meet the line of a wall.

From the murderous opening ballad (“Gun”) through the remaining eight pronoun-studded songs, Niblett inhabits a character who’s hurting, obsessed and needs to make a clean break from the guy she calls “My Man.” On tracks like “What Can I Do” and “Could This Possibly Be?” she could even be described as unstable, hashing out murderous intentions with unnerving detail and occasional glee, switching from needy victim to hopeless optimist in the same song, pleading for some far-off solace, and “still getting wet” at the thought of any kind of reunion. Niblett manages to include a tangled and intersecting network of emotions, including post-breakup rage, loneliness and sorrow, but also some that are far more difficult to pin down, including confusion, disgust, irritation, lust and pride. The last one hits on a particularly inspired cover of TLC’s “No Scrubs,” placed seven songs in after Niblett has had a chance to rage, and plead, and desire with fiery wails (sometimes all at once). The sparse arrangements and unabashedly raw emotions on Niblett’s records tend to make moments of levity stand out, and even including the throwback at all — let alone before the record’s powerful final sequence — speaks to this album’s impeccable pacing and overall singular focus.

It’s Up to Emma ends with two songs that suggest the protagonist will come out of this all right, scarred but painfully willing to work for an opportunity to heal. The closer, “What Can I Do?”, actually builds to a grand and thundering conclusion where she asks, “What can I do/ To make things right for you?” Maybe she still wants him back, but she also wants to clean this whole thing up and move on. Shrieks of guttural guitar and vocal snarls define the bulk of these songs, as she stretches out the same painful thoughts along with those simple and elongated guitar melodies, but she might just have gotten that all out by the time It’s Up to Emma wraps up. Niblett leaves the listener a husk too.