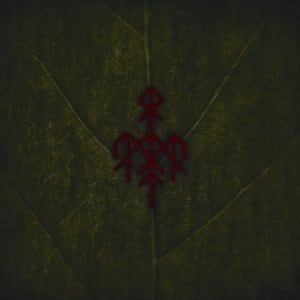 [xrr rating=3.0/5]Remember Garmarna? Hedningarna? Gjallarhorn? The 1990s were a heyday for inventive, surprising riffs on Scandinavian traditional music, with bands like those releasing trad-based tunes beefed up with guitars, drum and bass and weird stuff like hurdy-gurdy and (in Gjallarhorn’s case) didgeridoo. They, and many other outfits like them, found a following in the US and Europe thanks to a consistently restless energy and an off-kilter approach that sounded something like Celtic music played sideways.

Well, the scene has cooled a bit since then, but here comes Wardruna howling down the fjord, ready to shake things up again and release your inner berserker. The band is probably best-known to American ears for providing the soundtrack to the History Channel series “Vikings,” an unlikely hit despite being, frankly, a low-rent knockoff of “Game of Thrones,” only with more hack and slash and not so many breasts. Be that as it may, Warduna’s music provides a visceral charge to many of the show’s scenes, not to mention its brilliant opening credits. And listening to it as a record? It’s every bit as engaging.

Make no mistake: this is hurr-hurr-hurr music that will likely make you want to go out and hit something with an ax. Opening track “Rotlaust Tre Fell” begins with the deceptively serene sound of running water—conjuring up visions of a river meandering through green Nordic fields—before erupting in a wash of pummeling drums and hoarse-throated, unison chanting. Follow-up “Fehu” introduces the strident tones of the hurdy-gurdy, a kind of hand-cranked string instrument that produces a sea of fiddle-like drones. Vocals continue to be primarily full-throat roaring, with female voices introducing a bit of variety.

Operatic in range and tone, those vocals are about as far from “Viking metal” growling as could be imagined, which makes the juxtaposition with the tribal drums and throbbing bass all the more unexpected. The chorus shows up throughout the album, notably on the dirge-like “AnsuR” and “IngwaR,” which also benefits from a strong dose of staccato fiddle. There is little actual singing as such on this album—a trait which distinguishes it from the above-mentioned earlier wave of Sandinavian trad-rock, which generally relied on transcendent, and often female, vocals. Warduna’s vocals tend to be of the chanting and grunting variety, along with those unison chorales.

If all this makes the record sound different from run-of-the-mill pop fare, well, that’s entirely accurate. Songs like “NaudiR” and “Helvegen” provide a heady mix of stomping rhythms and fist-pumping choruses that, even apart from the fire-breathing-Norsemen association, lends an irresistible momentum to the tunes.

That said, there is a certain sameness to the tracks that results in a degree of sonic monotony throughout the back half of the album. The band has carved out an undeniably unique niche in the current musical scene, yet that niche is in danger, here, of becoming a rut. In part this is because of the generous length of the album, which clocks in at close to 70 minutes; it seems churlish to complain about a band that offers 20 minutes more music than most other bands. Nonetheless, Wardruna is faced with a challenge at this juncture in their career: to expand their sonic palette while remaining true to their Nordic, pagan, tribal roots.

Whatever the future brings for the band, Yggdrasil will appeal to adventurous music lovers, even those who may shy away from other types of “world music.” Whether driving down the highway, staring dreamily at the rain or just, uh, sharpening your broadsword, Wardruna might provide the soundtrack your life has been lacking till now.