As we ease into the halfway point of 2013, it’s time to pause, light up the grill and enjoy the summer, bathing ourselves in the glorious new music that this year has yielded. We are pleased to present a list of albums that we feel have bubbled to the top of the heap. And while there are some significant absences (Kanye West, The National), we hope this feature will inspire you to seek out some of the smaller names here. Thank you for reading the site and we will return with regular content on Monday. 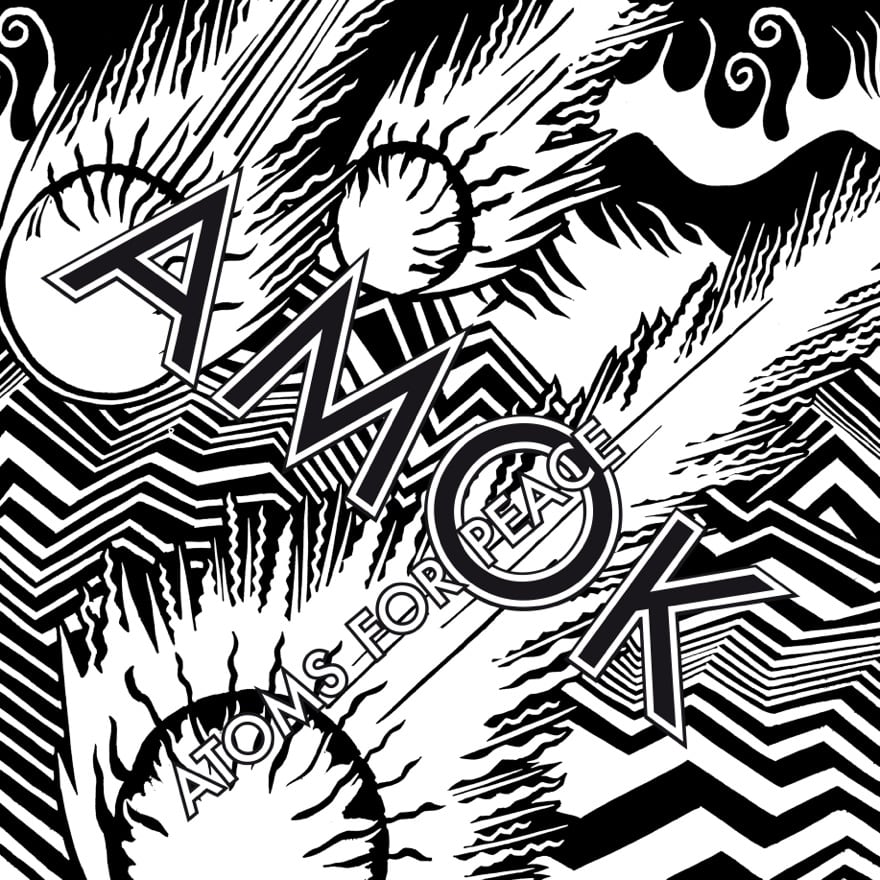 Thom Yorke gathers no moss. Between recording new albums and touring with Radiohead, he’s managed to put out a stellar solo album in The Eraser and has indulged in a vast array of collaborations with the likes of Björk, PJ Harvey, Flying Lotus and Modeselektor. So releasing an album as part of a supergroup seems like part of a natural progression. In Atoms for Peace, Yorke joins dynamo bassist Flea, Radiohead producer Nigel Godrich, Beck/R.E.M. drummer Joey Waronker and percussionist Mauro Refosco from Forro in the Dark. Their 2013 debut, Amok, was several years in the making. The supergroup that once served as a live performance vehicle for Yorke’s The Eraser has uncorked a sleek album of their own that shimmers and streaks like a fish in water, without the glitch of Yorke’s solo album or the more experimental elements found in Radiohead. Flea’s distinctive contributions on bass give the album added dynamism and thump, though Yorke and Godrich’s influences are front and center throughout, making Amok something of a Radiohead album from a parallel universe. Highlights include the one-two punch of the diversely layered textures and skittering kit work on “Unless” and Flea’s infectious bass line in “Stuck Together Pieces,” but really this is an album that’s a start-to-finish listen, one that’s the perfect fix for Radiohead junkies while we wait for Yorke and his day-job comrades to get back to the studio. – Josh Goller 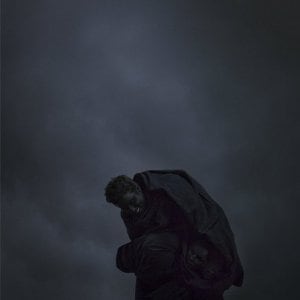 For a sophomore outing, Baths’ Obsidian feels more refined than its roots in raw emotions imply. This is clear from the crush of “Earth Death,” through whose rocky measures Baths’ Will Wiesenfeld notes, sinkingly, “My head can not get out of being pulled into the earth,” to the confessional “Phaedra.” The latter is straightforward in its pathos, but that quality is not lacking in any of the album’s electro-pop dirges. (Even something as simple as the negatively stated titles of “No Past Lives” and “No Eyes” denote as much.) In the confident, insistent groove of tracks such as “Miasma Sky,” “Ossuary” and especially “Ironworks,” Obsidian becomes a different, subtler sort of beast. “Ironworks” flutters romantically, but the distance Wiesenfeld injects into even the most intimate of verses keeps catharsis at bay. And the bubbling lights and levity crowbarred in between the record’s many dark niches belie the hand of a musician who has grown not just personally but in magnitudes of creative power since debut release Cerulean. (Wiesenfeld’s struggle with a debilitating illness was a contributing factor in this.) Place the jittery “Worsening,” the sighing ecstacies of “Ironworks” and “Incompatible” against anything else issued so far this year, and Obsidian glimmers spectacularly. – Joe Clinkenbeard 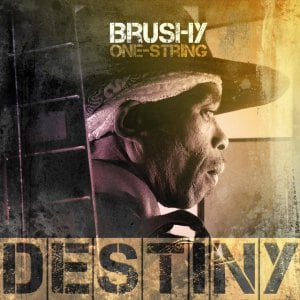 Jamaica’s Brushy One-String sings and plays guitar, and the guitar has a single low E string. That’s it. But saying “that’s it” does the man a huge injustice, like saying Mother Teresa was a really nice lady. One-String is a skillful and soulful performer whose syrupy voice conveys profound emotional heft and whose single-string guitar riffs are surprisingly hypnotic. Sure, he gets a little accompaniment here and there, but for the most part it’s just him and a string, and it’s dazzling the amount of mileage such a simple combination can get. The hypnotic “Grey in My Blue” is a standout, as is the stomping “Destiny” and especially album closer “War and Crime,” with its irresistible chorus and moving lyrics. Tempting as it is to point to Brushy as a one-note (or at least one-string) gimmick, it’s songs like these that make him far more than just a novelty act. As for categorization, well, this is an effective blend of reggae, blues, folk and a whole lot of soul. Somehow it all melts together into a unified whole that sounds unlike anything else you’ve likely heard this year. Subject matter tends to be of the conscious-reaggae variety, railing against the evils of the world, but there’s variety, with topics ranging from social justice to mischievous chickens (“Chicken in the Corn” is a terrific song, honest). One-String is the kind of musician that can be valued both by fist-pumping revolutionaries and stoned slackers. Go listen. – David Maine 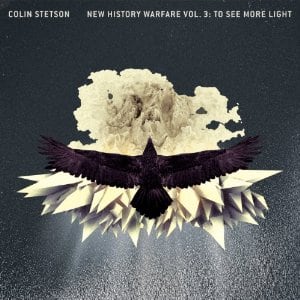 New History Warfare Vol. 3: To See More Light is the third in a series of solo albums from Colin Stetson. Spaced out across several years, each volume has offered richer technical refinements since the first release in 2007. New History Warfare Vol. 2: Judges (2011) was a major critical success and this release builds on its strengths. Tempering Phillip Glass-style minimalism with raw, challenging textures may seem like a recipe for “difficult listening music,” but the music feels like a natural blend that could be compared to progressive electronica. If you never heard Stetson before, you’d be forgiven for assuming that his music included synthesizer washes, keyboard loops and throbbing electronic bass. But it’s all a sonic illusion; he coaxes all these sounds out of his bass saxophone and captures them with a huge array of microphones attached to every proximate surface: his sax, the walls and even his own body. These songs are also free of instrumental overdubs, with all the tones arising from Stetson’s circular breathing, percussive valve work and multiphonic playing. Outside his solo projects, Stetson is a member of Bon Iver and has played with artists ranging from Arcade Fire to Feist. His last album featured Shara Worden (My Brightest Diamond) and Laurie Anderson on guest vocals. This time, Justin Vernon (Bon Iver) does the singing. His high point comes during a cover of Washington Phillips’ gospel hymn, “What Are They Doing In Heaven Today?,” which builds his voice into layers of African chorale harmonies. It’s almost a capella, with the sax providing a flickering flame of accompaniment. Stetson’s music is raw with emotional power, making this album a compelling collection that transcends the impressive playing and recording techniques. – Jester Jay Goldman 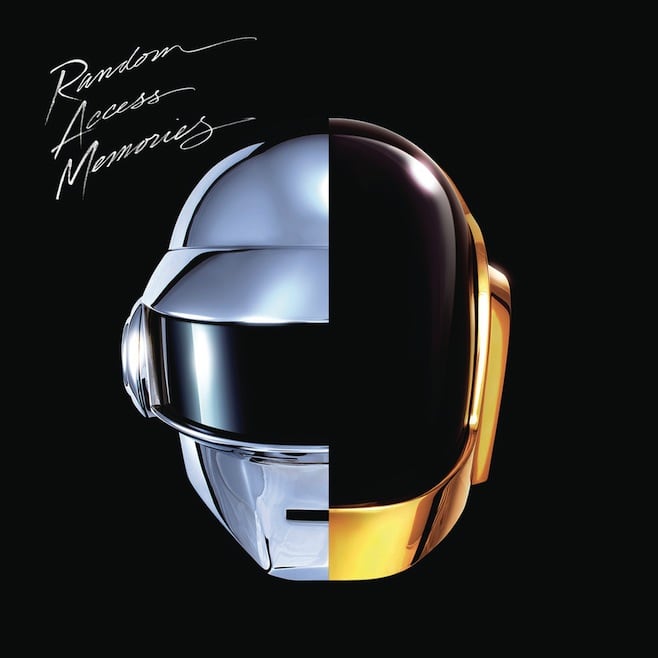 Daft Punk’s entire career can be viewed as one long science fiction story about robots slowly becoming emotional beings. With their fourth album, Random Access Memories, the duo of Thomas Bangalter and Guy-Manuel de Homem-Christo have made their warmest, most human album yet (and that’s considering they made an album actually titled Human After All), one that openly asks a listener to abandon detachment and irony and simply be part of an experience. Opening with “Give Life Back to Music,” Daft Punk makes their case: they want to revitalize music, to return an energy to the medium in which their robot-masked counterparts exist. They succeed in no uncertain terms. The opener is a joyously huge, infectious track, with the familiar distorted vocals balanced by Niles Rodgers’ brilliant, crystalline guitar solos. The album is filled with ringer guests, from the Strokes’ Julian Casablancas on “Instant Crush,” the Neptunes’ Pharrell Williams’ on the summer anthem “Get Lucky” and “Lose Yourself to Dance” and the resurgent Paul Williams on “Touch.” It’s not an accident that so many of the tracks directly reference intimacy; the album largely avoids the sampling that initially defined the group, relying more on studio musicians, synthesizers and guitar than they ever have before. It’s an album that sounds welcoming, one of amazing complexity that nevertheless rarely feels intimidating or at arm’s length. For a group known for their detached, cold iconography, Daft Punk have released one of the most human, earnest albums in recent memory, and also one of the best. – Nathan Kamal