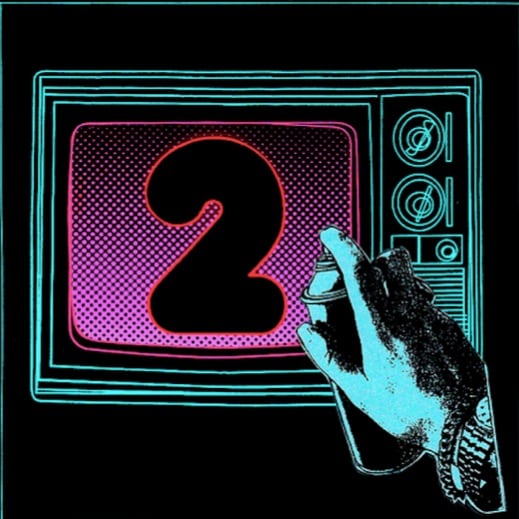 [xrr rating=3.75/5]“Warm in the Winter” kicks off the second and latest volume of Italians Do It Better’s After Dark series in just the way expected: Glass Candy’s vocals, textured like cigarette smoke and bubblegum, bounce between effervescent synth while the thrum and kick of percussion dedicatedly hammers away. As the synth tones reach an interstellar stage, glittering placidly in a bath of textured beams and bass drum, Glass Candy’s “I love you/ We love you” takes on an infectiously joyous inflection, and suddenly the molasses-heavy lows of the first After Dark, which slogged like the part of the night before second wind, seem so very far away.

Being a Johnny Jewel production, After Dark 2 is naturally home to Chromatics loose ends: the persistent mood of “Looking for Love” and highs of “Cherry,” among others. Most would be out of place on any proper Chromatics release (so far). But interspersed with other contributions from Italians Do It Better’s stable, each is allowed considerably more breathing room. Take the stripped-down Daft Punk-meets-Velvet Underground “Camera,” whose inner mechanics hum and handclaps keep time while intergalactic ivories sparkle. Against the startling grit of anything on Kill for Love, it would have wilted. But breaking up the album’s post-apocalyptic landscapes, before the haunting ‘80s goth-romp of Twisted Wires’ “Half Lives” and after the pulse-quickening time running Symmetry’s instrumental “Heart of Darkness” to its inevitable plunges, it sprawls out beautifully and indefinitely. As would be expected, in this way After Dark 2 shines as a showcase for stellar Chromatics B-sides.

Of course, a track such as “Cherry” warrants particular mention. Including a bombastic, hook heavy single on an LP would cause the album to tip, or for everything adjacent to fall flat by contrast. The itinerant melancholy, pulsing out in Ruth Radelet’s reverbed vocal, betrays the snaps and insistent hooks, though even they ring out sad and heavy, for all their obvious flawlessness. By butting it up against the positivity of the supercharged, brass-blasting Glass Candy outing “Beautiful Object,” the pair make quick work of the quieting mood in the compilation’s back third, amping the perspiration up considerably with the back to back release of cool, controlled pop jewels. Not that “The Possessed,” preceding “Cherry,” has much to do with that. Glass Candy’s Bauhaus dance hall number, an allusive cut-up verse (“Through the glass darkly, the looking glass darkly”) glittering at its center, stands out as one of the best contributions on the record.

Another facet to the collection is as a snapshot of track iterations, like with “Warm in the Winter,” which first appeared on a 2011 Afer Dark 2 teaser and again as an instrumental (ostensibly to encourage sampling and remixes) on Johnny Jewel’s Soundcloud account a year ago. Listening to the instrumental side by side with After Dark 2’s version highlights the spontaneous transcendence in Glass Candy’s vocal turn, particularly by the time she reaches her commonplace signoff – half stylistic throwback, half hippie P.S.A.

Similarly, the instrumental version of “Beautiful Object” (also from Jewel’s Soundcloud) bounces like a epic disco jam playing in an empty club compared to the buoyant, full-bodied take on offer here and on the 2011 teaser. Yet while the mixes may change, present through nearly every track on After Dark 2 is the persistent motorik style Chromatics tick – by now a Johnny Jewel trademark – that most strongly evokes the mood of a screening of the film Drive, or any nighttime drive, really. Which suffices as an effective list of tasks good for listening to {After Dark 2} while doing, along with everything else – because it is awesome and because you should.