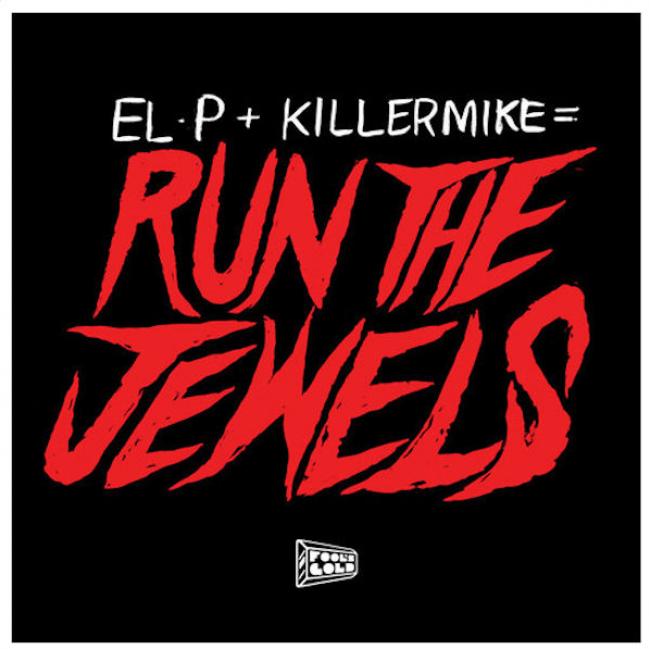 [xrr rating=4.25/5]“Niggas will perish in Paris/ Niggas is nothing but parrots,” Killer Mike blasts on Run the Jewels’ “Sea Legs”, a concerted jab at the self-proclaimed kings of hip-hop — Jay-Z and Kanye West. The line is so much more than a weak aural jab; Killer Mike and fellow rapper/producer El-P (known collectively as Run the Jewels) are taking the duo head on, splitting the release dates of West’s Yeezus (June 18th) and Jay-Z’s Magna Carta… Holy Grail (July 4th) with their debut LP.

To magnify the release’s underground, anti-establishment theme, it is available for free, no piracy required. A move in sharp contrast to the massive marketing campaigns for both Yeezus and Magna Carta… Holy Grail; Mike and El-P don’t just rap about street-level concerns; they remain authentic to the mixtape-hustling lifestyle. In the words of El-P, as pulled from “Banana Clipper”: “You suck a good dick for the fame/ And couldn’t resist getting played/ I fuck like I’m headed to war/ I’m really not playing no games.”

However, the album isn’t without its references to the glamorous hip-hop lifestyle. Dispersed within the distant metallic echoes and electro slices of “36” Chain”, Killer Mike spits: “Me El, we hail/Like a young Che Guevara and Fidel/Castro, cash flow, car full of females.” When exploring deeper into the anecdotal rhymes of Killer Mike and El-P, it becomes difficult to decipher if the track praises the lifestyle or condemns its frivolous mind-altering excess: the flow more dizzying than the coke binges with they rap about.

The intentions of “DDFH” are more straightforward. Like Killer Mike’s “Reagan”, one of the many standout tracks on the El-P-produced R.A.P. Music, “DDFH” is a condemnation of the American justice system, especially that dealing with the urban drug problem. The duo doesn’t fall back on violent lyrics; instead, they focus the tale on a mother who is simply rejoicing when police didn’t kill her son in retaliation. The strength of the track stems from that lack of anger; violence is divisive, while the notion of love is universal. And shouldn’t all of society have the privilege of hope?

Akin to studying the work of William Faulkner, it is easy to get caught in the verbiage of Run the Jewels. So, while looking deeper into the anti-label sentiments expressed in “Get It”, or inherent social racism depicted in “A Christmas Fucking Miracle”, it is also key to grasp the tracks’ instrumentals, which pull together rock guitar riffs, dramatic vocal manipulation, and soul samples to pump further emotion into the narratives.

Yeezus is a success, but took nearly 20 collaborators to conceive. And, for many, the Samsung-branded output of Jay-Z is a low point of his acclaimed career. But, Run the Jewels does so well at conveying the current urban struggle that is exists outside of 2013, eventually deserving placement within the works of socially-conscious artists like Nas, Black Star and Zion I. If it is true that history is written by the victors, the symbiotic relationship between El-P and Killer Mike provides context for the future examination of a 21st century American that would otherwise be avoided.