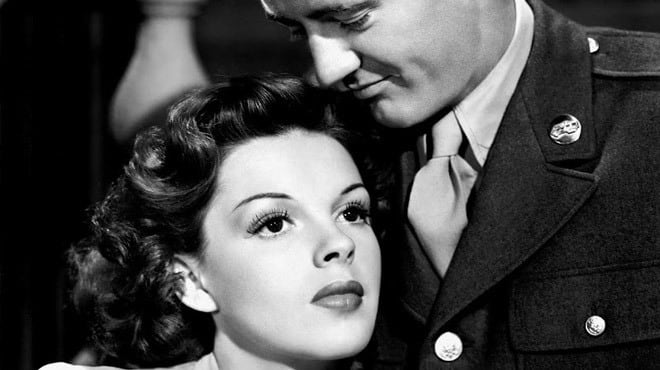 The great film critic David Thomson has called Vincente Minnelli’s The Clock an example of the absolute zenith of classical Hollywood’s stylistic achievements. While I’d personally give that distinction to Rio Bravo, or perhaps The Gold Rush, The Clock is nonetheless virtually perfect—scripted, lit, shot, acted and edited by professionals who easily pass for artists. There’s no sense in denying the astuteness of Thomson’s estimation. This absolutely blissful romantic dream of a film is probably the most perfectly crafted of its kind.

The Clock exists solely in its big bubble of a fantastically imagined 1945 New York. This makes it somewhat of a difficult film to connect with from a 2013 perspective—nothing in it really looks familiar, except maybe from old Life magazine photos or, of course, from other iconic movies of the same era. Then again, it almost certainly didn’t resemble the New York that New Yorkers of 1945 knew, either. Everything in it is built on an unmistakably intentional movie-logic—it’s not surreal or otherworldly, it’s just so quaint and lovely and perfectly structured that, apart from its simple message of real love, it can exist solely to be admired as a piece of romantic craftsmanship, the most sincere kind of escapism, something to turn to when you feel down.

The plot is a lesson in simplicity: a lovely, practical secretary (Judy Garland) accidentally crosses paths with a down-to-earth solider (Robert Walker) in New York’s Penn Station. He’s on leave from the war for a few days and lonely in the big city. Using the need for a tour guide as an excuse, he pursues her. They saunter through the station, the Park, the Met and when they decide to part ways, he decides he couldn’t live with himself if he didn’t do something a bit ungentlemanly and ask her for an impromptu date. She agrees: there’s an undeniable chemistry between them, and though she’s a good girl who doesn’t fall for pick-up lines, she later tells her doubtful roommate that she senses something genuine about him. They agree to meet later that night under the train station’s clock. 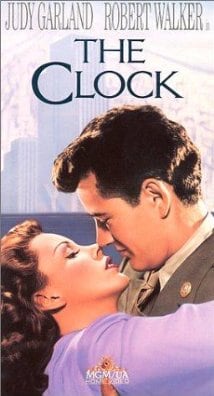 Garland doesn’t sing, but she’s never without the grace of a great stage performer. Meanwhile, Walker never evinces the lissome evil he later showed in Hitchcock’s Strangers on a Train (his other great role) but he has the same rock-like sense of values and self-confidence, just applied to a completely opposing type of role. They’re perfect together, two chameleonic performers effortlessly conveying the sense that pure people exist in the world solely to fall in love with one another.

Perhaps we can see ourselves in Garland, the good-girl secretary who takes a big leap in propriety by agreeing to a date with a boy who picked her up at the train station. And we can maybe hope to also see ourselves in Robert Walker, the achingly sincere, patriotic, humble small-town kid who really does have zero lascivious intentions toward the beautiful girl he managed to talk into seeing him again. It’s a funny, clean, perfect world—designed to look like our own but function like a good dream—and Minnelli’s talent was creating this world so completely that you forget to question his logic while soaking up his story.

The pair meet up under the clock—again, against the odds of logic—and thereafter the movie is a series of fantastical races against time to fall in love. The sequence in which Garland and Walker find themselves working the delivery route of a milkman they’ve befriended, who’s been put out of commission by the fortuitous punch of a poetry-spouting drunk (a flourish of a character who is beautifully played by Keenan Wynn despite the fact that he appears in the film for the sole purpose of putting the milkman out of the game so that the lovers can have a cute time driving his truck) is about as great an innocent adventure on a first date as could have been dreamed up and typed down. Their race to obtain marriage licenses and blood tests before City Hall shuts them down and Walker has to redeploy is a dizzy (and swiftly edited) emotional ride pitting the idea of indefatigable romance against a caricature of bureaucracy that creates an ideal foil for love.

There’s a widely held view that the dissolution of the Hollywood factory system in the ‘60s, and the rise of a new generation of European-inspired American directors in the ‘70s, saved a dying industry by reinventing the way it made movies. By the ‘70s, a movie as sincere as The Clock was unthinkable, but compare it to the retreaded territory of Love Story or What’s Up, Doc? and you’ll find that Hollywood didn’t need saving from Vincente Minnelli.