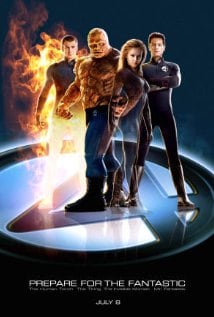 Fantastic Four doesn’t start off any worse than most blockbusters. A space journey goes wrong and four scientists are transformed into superhumans. This magnification of human character is good idea done better in other comic book adaptations like Swamp Thing. But at least half this quartet is utterly forgettable—Ioan Gruffud’s Reed Richards is less interesting than the spelling of the actor’s name, and Chris Evans pretty much turns into Douchebag on Fire. If a comic book movie is to work at all, it needs a charismatic villain, which it does not have in Julian McMahon’s Victor von Doom. The movie goes un-fantastic fast but has a few passing pleasures. You can catch an unfortunately silent glimpse of Terra TV’s insane movie critic Maria Salas as a reporter. And Jessica Alba briefly runs past the Gordon Novelty Company’s colorful facade on Broadway. It was demolished in 2010, victim to something more destructive than Von Doom: the Manhattan real estate market. – Pat Padua 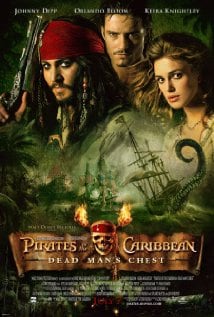 It’s hard to remember, since the franchise has been so Disney cash-raped in the last decade, that Pirates of the Caribbean: The Curse of the Black Pearl was a nice surprise. It was as if everyone on set knew they were in something based on a fucking theme park ride, so why not have fun with it? The story was fairly simple (a cursed chest of gold turned pirates into zombies) and it felt fresh, as in, this is not a sequel! We all had a good time, and the movie made over $300 million dollars. The obligatory sequel/series launcher, PotC: Dead Man’s Chest, came out and beat everything enjoyable about the first outing into the white tropical sand. We meet Davy Jones, a CGI sea creature clusterfuck who possesses a magical cursed music box, with origins and motivations that are never explained. After all, that would take away screen time from Captain Jack Sparrow (Johnny Depp), who was chewing the scenery in the original and now is shoved to the forefront of the film, his Keith Richards spasms forced to carry us through another two and half hours of magical compasses, evil English traders, huge main character personality and motivation swings and a tangle of undeveloped plotlines lingering around for the next two movies to clean up. – Tabitha Blankenbiller 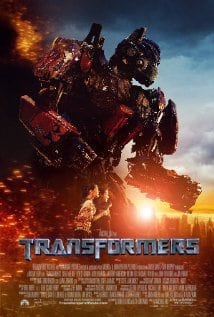 Though its relative lack of blatant racism, sexism and jingoistic politics rate it as the default best of its trilogy, Transformers still represents yet another instance of Michael Bay pushing the blockbuster forward by setting all elements outside effects-work back by years. All the Industrial Light & Magic-coded intricacy of moving parts locking into place as cars turn into robots does not transfer into any other aspect of the film, which stumbles through broad characterizations and thinly sketched but overly ponderous and needlessly convoluted plot devices. Its fragmented editing leaves suitably jumbled memories hanging in the head long after: Megan Fox introduced as a Rob Liefeld drawing come to life, an Autobot pissing on John Turturro and a reliance on humans for emotional connection and scale they never once provide. The franchise’s subsequent sequels upped the ante for flippant total destruction, but in Transformers, as in Armageddon before it, there’s a blueprint for a decade of shatteringly loud, stupid sizzle reels. – Jake Cole 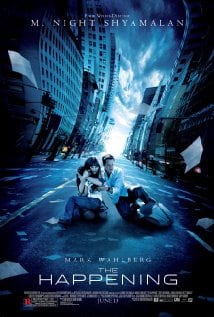 At one point touted as one of Hollywood’s most clever writer/directors, M. Night Shyamalan used The Happening’s R-rating (his first) as a crutch for keeping viewers in their seats. The idea was adequate (Mother Nature vs. humanity) and toyed with public fears of terrorist attacks and environmental degradation, but without any surprise twist at the end, the flick was saturated with gory suicide scenes, the homicide of two adolescents and a poorly-shot animal attack in hopes of shocking people into finding enjoyment within the weak screenplay. Instead of building suspense through the protagonists’ trials or embedding small clues for the viewer to decipher, Shyamalan developed a plot that just spoon-fed solutions to his audience. This is issue was exacerbated by the poor casting; Mark Wahlberg, Zooey Deschanel and John Leguizamo all had pull going into the 2008 release, but they just never gelled behind the facade of their characters. For one scene that truly epitomizes the fail that is The Happening, scan ahead to when Julian (Leguizamo) is forced to hand his daughter over to Alma Moore (Deschanel) as he goes to find his wife and delivers the script’s most asinine line: “Only take my daughter’s hand if you mean it.” – Derek Staples 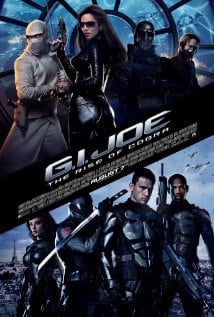 Realistically, the presence of the Hasbro Studios logo at the front of a film should be signal enough that cinematic greatness will not follow. In the hands of director Stephen Sommers, perpetrator of the modern Mummy films, the attempt to essentially adapt the 1980s toy-commercial-masquerading-as-a-kids-show “G.I. Joe: A Real American Hero” to the big screen isn’t even blessed with the sort of self-awareness of its gonzo ludicrousness that could have made it fun. Instead, it’s a sluggish plod through a nonsensical plot with most of the actors (including Channing Tatum, Dennis Quaid and Joseph Gordon-Levitt) seemingly doing little more than trying not to look too embarrassed to be there. Sommers and his team pile on the eyesore CGI mayhem until the live action film is nearly indistinguishable from its animated predecessor. – Dan Seeger 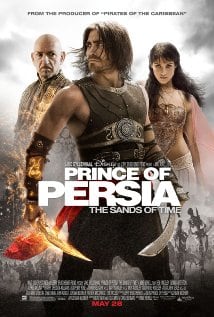 It’s a bad sign when the unadmirably colorblind casting of the Los Angeles-born, Northern European-descended Jake Gyllenhaal as a Persian is the least of the film’s problems. An adaptation of a popular video game, Prince of Persia: The Sands of Time is a prime example of the prevailing strategy of producer Jerry Bruckheimer: throw a ton of money (as much as $200 million, in this instance) at a mediocre idea and assume the suckers will line right up for the amusement park ride spectacle of it all. Directed by Harry Potter veteran Mike Newell, the film can’t escape its own mind-boggling premise, driven by a mystical dagger that allows its user to travel through time but is also somehow the key to destroying the universe. Maybe. Boring as two hours of watching sand dunes shift, the film is regularly bogged down by inane palace intrigue and supposedly colorful supporting characters, such as Alfred Molina’s ostrich-racing magnate who hates taxes almost as much as a modern Tea Party candidate. – Dan Seeger 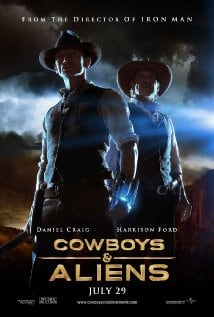 If nothing else, Jon Favreau’s Cowboys and Aliens has copious amounts of both. References to American Westerns and classic sci-fi abound, so much so that the film’s confusing story—something about an amnesiac cowboy (Daniel Craig) who must help protect a town from invading extraterrestrials—takes a backseat to simplistic homage. (And unrelenting CGI, of course.) The game of cinephilic bingo—a nod to The Searchers here, an allusion to The War of the Worlds there—is fun while it lasts, but this is ultimately nothing more than an industry-serving cash grab, the literal manifestation of “film X meets film Y.” About the only thing it has going for it is Matthew Libatique’s surprisingly intimate cinematography, which renders the film’s quieter moments at least pleasant to look at. – Drew Hunt 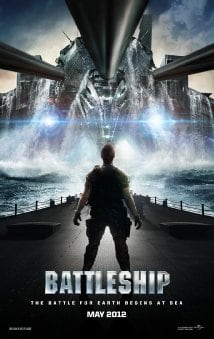 Apparently, director Peter Berg couldn’t get funding for his upcoming Mark Wahlberg war movie unless he agreed to first direct Battleship, Universal’s big blockbuster for the summer of 2012. Given that his hand was more or less forced, it’s possible to understand why he did such a half-assed job of it. But there’s a difference between, say, doing a half-assed job on a $10 million movie that people will never remember and doing a half-assed job on a $200 million one that folks are going to work hard to forget. Since when did making a multi-hundred million dollar CGI extravaganza become something you could squeeze into your schedule between labors of love? Nonetheless, Berg did just that with this tone-deaf, borderline incomprehensible movie. Battleship is a board game turned alien invasion flick, so it’s necessarily ridiculous and silly, but it had at least one actual task to accomplish: find a way to get from game to movie while maintaining something like a coherent narrative. Nope. Berg asked audiences to accept a strange mishmash of early slapstick (involving Taylor Kitsch stealing a burrito), lazily-designed space invaders who alternately menace and disregard humans according to some alien logic that’s kept a secret from the audience and Liam Neeson half-attempting to veil his Irish brogue behind a roughneck American accent. Really, though, Battleship is much worse than simply a blockbuster that fails to excite. It’s a warning sign for how badly off course the movie industry is heading. Studios are entrusting substantial chunks of their net worth to people who couldn’t care less about what they’re making. – Alex Peterson