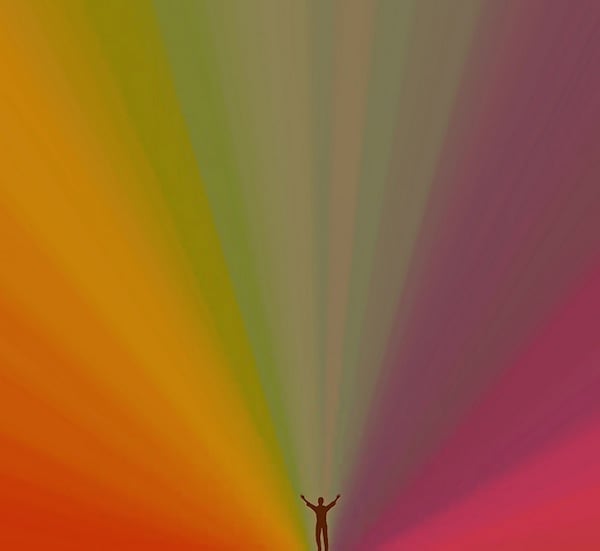 [xrr rating=2.5/5]Despite presenting himself and his ragtag band of merry pranksters as prophets of an organic hug-the-world ethos, Alex Ebert (the man behind the Edward Sharpe alter ego) and his commune of 10 musicians continue to generate a fabricated product that’s targeted at the feel-good market. With their 2009 breakthrough “Home”—a Johnny Cash and June Carter-like duet with Ebert’s manic pixie dream girl cohort Jade Castrinos that has since become a staple at hipster weddings—Edward Sharpe & the Magnetic Zeros established their brand of flower child platitudes sung over a diversely-instrumented, rootsy musical aesthetic. But dishing out good vibes is a task nearly impossible to continuously sustain without a sense of inauthenticity creeping in, and with their self-titled third album, the polarizing Magnetic Zeros repel more than they attract.

Formerly of dance-punk outfit Ima Robot, Ebert originally carved out the Edward Sharpe persona from a messianic character he’d created for a novel he was writing. According to Ebert, that character was “sent down to Earth to kinda heal and save mankind” but instead couldn’t stop indulging in the romantic melodrama to which many young people are prone. When Sharpe exited a rehab stint, he met Castrinos, who helped turn his life around, or so the story goes. Since then, the band has toured the country, their devotees’ ranks swelling as their own lineup routinely changes. But after three albums, the free love and armchair spirituality implicit in their music has revealed itself to be as sincere as a late-night televangelist—though at least you could say that the Jesus-bearded Ebert manages to nail the divisiveness of messianic figures.

The new self-titled album is virtually more of the same for this band, and is unlikely to win over new converts or temper the fervor of the faithful. You can credit the band for trying something a little different by recording reverbed vocals and a more distant sound in general that gives a live session feel to the record—Woodstock meets big tent revival. There’s no hit single like “Home” or “40 Day Dream” (the bluesy first single “Better Days” doesn’t leave much of a mark), and each track about love and smiles bleeds into the next. Castrinos’ sweetly sung contributions are less complementary to Ebert’s rasp this time around, and on songs like “Life is Hard” (which, spoiler alert, is actually an upbeat song) her occasional verse is more of just a needed breather from Ebert’s preaching such hokum as, “Life is it, life is it, it’s where it’s at/ It’s getting skinny, getting fat/ It’s falling deep in love/ It’s getting crushed just like a bug.”

Castrinos’ contributions are a bit more balanced with Ebert on “Two,” a more traditional duet that fails to capture any of the charm of “Home” with the no-shit wisdom of “two is better than one” and vapid lines such as, “In the morning it’s love/ And in the afternoon it’s love/ And in the evening is there love?” (the safe money’s on yes). And Castrinos takes over entirely on “Remember to Remember,” a pleasant but slow song that’s easily forgotten. “Let’s Get High” bears another misleading title, as (you guessed it) Ebert rasps about getting high on love. But with nonsensical lines like, “Ain’t we all just Japanese/ When we’re high on love” and the too easy “We’re all Jesus in disguise/ When we’re high on love,” you’d really best be high on something a lot more mind-altering to enjoy yourself.

While the band seems to have mostly abandoned their doo-woppy tendencies from past songs like “40 Day Dream,” they’ve stolen from plenty of their other influences. On “They Were Wrong” Ebert drops his voice down to a Johnny Cash mimicking register, “If I Were Free” (which actually contains the line, “I would run into battles with flowers and hugs”) is basically a slight tweaking of the Beatles’ “Octopus’s Garden,” “In the Lion” parrots the bassline from George Michael’s “Faith” and the entire album comes off as an attempt to hijack Jefferson Airplane.