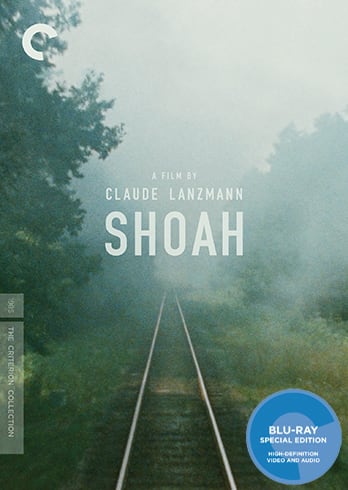 Can art redeem the past? Can the accumulated weight and pressure of history be transfigured into light? Into sound? To resurrect the past, must one show it directly or not at all? Can it slide around the silences, suffuse the empty space between images, make known its mournful demands upon the soul of the present through an act of disappearance? How can one make a film about the Holocaust? Do you, like Steven Spielberg, obscenely recreate Auschwitz and then sell tickets for the show? Or do you, like Jean-Luc Godard, assert the absence of actual crematoria footage renders such an endeavor impossible? Or do you perhaps, like Claude Lanzmann, insist that only through the present can the past be redeemed and so create a film about the Holocaust as echo? You do, and he did, and thank God for it. Shoah, Claude Lanzmann’s monumental work of reclamation, exists in the annals of cinema as a great stone wall, a nine and a half hour edifice of sorrow, and to comment upon it feels somehow imprudent and small. So I offer these humble words not as critique or even appreciation but more as a way to come to terms with its effect upon me as a viewer.

I know nothing about the Holocaust. Raul Hilberg, esteemed historian and author of The Destruction of the European Jews, whose appearance in this film brought him to popular attention knows nothing about the Holocaust. Even Claude Lanzmann knows nothing about the Holocaust. This is of course because the Holocaust cannot be known. Aspects of it can be gleaned, details and documents pored over, survivors and perpetrators interviewed. But the Holocaust as a totality cannot be known, let alone understood. The paradox of Shoah is that despite its being nine and a half hours long, the narrowly-focused scope of its purview renders it slight in retrospect, the minutest speck thrown impotently against the cold and void. It does not make the Holocaust knowable. It is too slight, being, after all, only a movie. However, the effect of viewing it, especially in a theater, and most especially as a whole, is something akin to what drowning must feel like. Drowning in slow motion beneath the steady and even accumulation of images in the dark. From the inside out, peering through eyes set in a human skull, Shoah feels absolutely massive, like a great oppressive thing expanding infinitely outwards, until the Holocaust is all there is.

Many thousands of words have been written about Shoah since its debut in 1985. Its return now, at the end of the first decade of the 21st century in a pristine new print, at a time when time itself has begun to dissolve, could not be more welcome. We need this now. We need to see the faces, to see the trees grown over places of death, the charnel houses and mass graves. We need to hear the stories and watch the wind skitter leaves across the cold stony ground. We need to bear witness. But to describe the thing, to plot out scenes and recount testimonials is something I will not do. That information is available elsewhere, and if you are looking for a “review” of Shoah, for a description of incident and analysis of form, I am afraid you will not find it here. All I can tell you is how it feels.

It feels like hearing your grandmother tell you a story about the old country, about the village in the mountains and of her childhood there. And as you sit at her feet and listen to her describe the streets and the buildings in town and the stream that runs alongside the hill outside it, you start to picture this all in your mind, your grandmother as a little girl, her hair in pigtails, running very fast in the wind and air. And you’re six. You’re six or you’re seven and you listen to your grandmother whom you love and it’s wonderful and then she describes, without pause or change in affect, how she ran and was grabbed and held down and was raped by six or seven men while half the villagers looked on from their windows. Her insides ripped open by these men. And you’re six or you’re seven and so you have no context for what you are hearing; you can’t form a picture of it in your mind. But you somehow know it’s beyond horrible, the worst thing that can be, but your grandmother is still talking to you softly as before. Her words mean nothing to you. Outwardly she appears calm. But the black heavy darkness that’s fallen on you seems to be coming from her eyes. That’s how Shoah feels.

How can art exist after Auschwitz? After Treblinka? By what right do we have to render beautiful the tears of Abraham Bomba? The voice of Filip Müller? The words of Rudolf Vrba? We have no right, but only perhaps an obligation to the past, which without us dies but through us lives eternal. We must honor and transfigure and bear witness to that past, to that land from which we all have come. We need Shoah, as it needs us in return. It needs us to watch and absorb and to tell how it feels. It feels like a river of ash, like an empty room. Like sunlight on the face of a dead child. Like a loss so great you didn’t know it was gone until you found it. Found it for a moment and then lost it once more.

“Shoah” means calamity. A “holocaust” is a burnt offering to God. Both terms to me seem appropriate, and I only use “holocaust” because it is what I know. Lanzmann prefers the term “shoah” and so has named his movie thus. It is a fine word, and the sound of it is also how Shoah feels. “Shoah”: a hushed lament to a moan to an open-throated cry. This is the way it feels.

(This feature first appeared on Spectrum Culture in 2010)

Revisit: All About My Mother

All About My Mother is one of Almodóvar's most gentle films - despite the melodrama, despi…