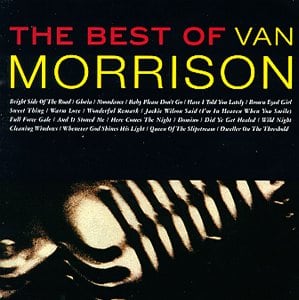 Van Morrison had been a powerful force in pop music for 25 years when his first compilation album, The Best of Van Morrison, was released, and frankly, it’s astonishing that it took so long. While many greatest hits albums go the easy route of simply rounding up and sloppily curating a musician’s most recognizable songs, The Best of Van Morrison favors deep cuts over radio hits, displaying Morrison’s full range of ambition. While it doesn’t skimp on songs like “And It Stoned Me” and “Gloria,” there’s more relative rarities like “Sweet Thing” and “Cleaning Windows” spread over the 20 tracks here. In a field of compilations stuffed with people-pleasers at the expense of artistry, The Best of Van Morrison doesn’t make excuses. – Nathan Kamal 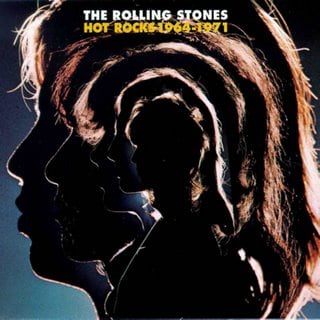 The first compilation put out by the timeless Rolling Stones is really the only one you’ll ever need. That it was released by a shady former manager who apparently swindled the band into signing away the recording rights to some of their best stuff is beside the point. Allen Klein may have screwed the band over when he released Hot Rocks shortly after they left him, but their first compilation has endured as their best-selling release. Upon its debut in 1971 (a retaliatory salvo by Klein to get some satisfaction from clients no longer under his thumb while time was still on his side), the Beatles had recently broken up and few anticipated that the cocksure Mick Jagger would still be strutting and white man’s underbiting his way across the stage during the 2006 Super Bowl Halftime Show.

The compilation is superlative not for its obvious biggest hits, but for those that were left off in favor of lesser-known gems such as the acoustic guitar-led “Play with Fire.” By including the frailly sung “Ruby Tuesday,” the Requiem for a Dream precursor “Mother’s Little Helper” and the furious sitar-driven, Vietnam-era standby “Paint It, Black,” Hot Rocks gathers no moss. – Josh Goller 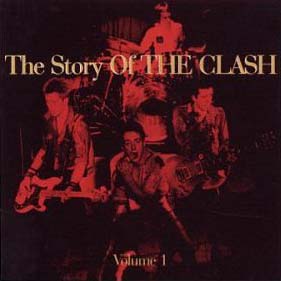 It is notable that The Story of the Clash, Volume 1 opens with the grooving, faux-rap of “The Magnificent Seven,” a song that would come near the end of the Clash’s brief, fiery career. Eschewing the predictability of a straight chronological arrangement of the only band that matters, the compilation actually goes roughly back in time, finally culminating with their iconic 1977 take on Junior Murvin’s “Police & Thieves.” It’s a typically contrarian move on the behalf of the Clash, upending the standard format in which you get to the popular stuff immediately and can zone out by the end of the two discs. While plans for a Volume 2 have never come to fruition, you barely need it with Volume 1 in hand. – Nathan Kamal 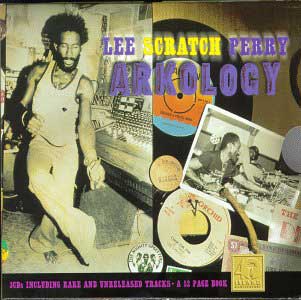 There had been super-producers before Lee “Scratch” Perry, but along with a few other dub innovators, he put forward the people who sit on the other end of the recording booth glass as artists in their own right. A massive influence on music engineering, Perry is defined by organic production work and distended remixes good for everything from dancing to foaming with political anger. Arkology’s three CDs can only condense the man’s work as artist and producer to a good sampler, but what a feast it remains, filled with not only dubs but Perry’s original productions, providing a helpful contrast to hear how radical his remixes can be. The lament of the Meditations’ “No Peace,” for example, instantly segues into the Upsetters’ dub version, which breaks down halfway with sudden squawks of guitar feedback over the original’s elegance as reverbed vocals drop out entirely, the voices calling for peace disturbingly silenced. Much of the UK’s underground and left-field mainstream music of the last 30 years, from post-punk through, yes, dubstep, owes Perry a deep level of gratitude, and this set offers as focused a glimpse at his genius as you’re likely to find. – Jake Cole 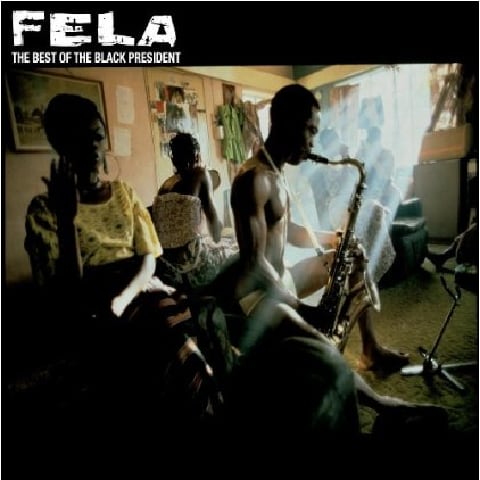 36. Fela Kuti – The Best of the Black President

Inventor of Afrobeat, revolutionary figure, human rights activist and center of his own cult of personality, Fela Kuti offers too many facets to take in at once. His music alone can be daunting for neophytes, if only because a single track can carry on for a dozen minutes or far longer. His blend of jazz, funk, soul and traditional African elements is like a genetic splice of Miles Davis and James Brown left to flourish in fertile African soil.

This collection captures the slow, patient build of his jams. Songs begin with the hypnotic vamp of a funky groove that slides into a clockwork perfection of interlocking guitars and repeated horn riffs. The playlist also introduces Fela’s complex persona from the reactionary chauvinism on “Lady” to the bitter protest of “Coffin for Head of State” and “ITT” (International Thief-Thief). Although the two CDs sample across Fela’s wide career, these songs reveal a consistently strong bandleader and fiery performer. – Jester Jay Goldman 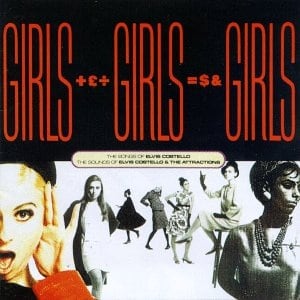 There had already been a couple passes at an Elvis Costello greatest hits comp by the time the double CD set Girls Girls Girls was released in 1989. But this was the first that made the decisive argument as to the vitality of the bespectacled one, and it didn’t hurt that its strict concentration on his Columbia output (his debut on Warner Bros. was released earlier the same year) meant that it was only drawing from the richest, most brilliantly challenging part of his career. Ignoring chronology in favor of a musical flow that feels right, the release puts forth the great songwriter and performer in all his prickly fierceness. In a mark of his iconoclastic spirit, the collection doesn’t even include “Everyday I Write the Book,” his only visit to the U.S. Top 40 from the covered years, despite boasting nearly 50 tracks. – Dan Seeger 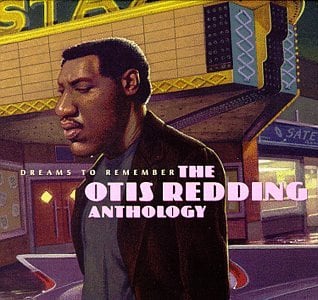 Otis Redding is one of those ‘60s artists who have been anthologized ad naseum, but most of the collections are either too-thin single disc affairs or bloated box sets where the best cuts get lost amongst the chaff. Dreams to Remember: The Otis Redding Anthology (1998) strikes the right balance, presenting all of the hits and throwing in some deeper cuts to pad out a consistent listening experience. The true gem of the collection is the inclusion of five songs from Redding’s set at the Monterey International Pop Festival. Redding’s best albums are the ones recorded live and the Monterey cuts present the songs in their full-bodied glory.

While it is impossible to argue with hits ranging from “These Arms of Mine” to “Try a Little Tenderness” to “I’ve Been Loving You Too Long,” Dreams to Remember also digs deeper, throwing in a handful of Sam Cooke covers and even Redding’s take on the traditional “Amen.” Redding was only 26 years old when he died in 1967 and his work has been released and re-released ever since, but Dreams to Remember: The Otis Redding Anthology is a just-right collection that honors his legacy in a way that doesn’t feel like a splashed together compilation or desperate cash-grab. – David Harris 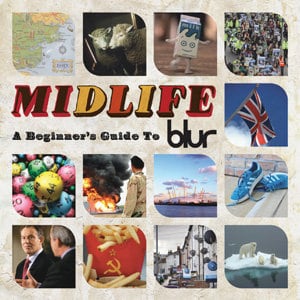 It may not seem the direst of injustices, but Blur was surely a band in need of a bit of reputation reclamation, or at least a primer that could alert inattentive listeners that there was more to them than sensationalized tabloid stories about ferment against Beatles pastiche artists Oasis or precursor revving for Gorillaz. Though Blur had already been the subject of a 2000 Best of release, the 2009 collection Midlife—released to coincide with reunion performances—is the better overview, if only because it goes further afield. Besides the expected and necessary tracks like “Song 2,” “Girls & Boys” and “Coffee & TV” (the latter two shrewdly presented in the single-edit forms), the two-disc collection digs deep into their various albums and even offers the punchy, raucous “Popscene,” previously available only as a single. Like the smartest band compilations, it serves to intriguingly recontextualize all of Blur’s music, especially the tracks from the band’s complicated final album, Think Tank. – Dan Seeger 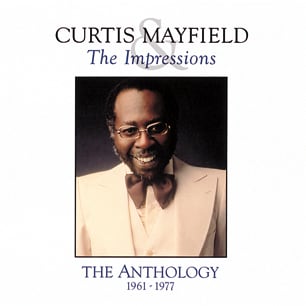 As one of soul music’s great vocalists, Curtis Mayfield created an impressive body of work beginning in the ’50s and continuing on until a life-changing accident onstage in 1990. His work with the Impressions was frequently the epitome of ’60s vocal soul ensembles, combining lush, inventive arrangements with gospel-inspired, optimistic messages of pride in the African-American community. The Anthology 1961-1977 compiles the best songs from this period, such as the career-defining “People Get Ready,” with selections from Mayfield’s ’70s solo albums, which often explored ghetto life with harrowing detail and inspired passion. The Anthology focuses on both of these periods with the necessary amount of attention, serving as a thorough review of Mayfield’s days leading the Impressions and framing that phase of his career by including 10 excellent solo cuts. Curtis and Superfly are powerful documents on their own, but The Anthology positions the harder funk and more acute political messaging of those masterworks within Mayfield’s larger musical career as bandleader and R&B innovator. – Michael Merline 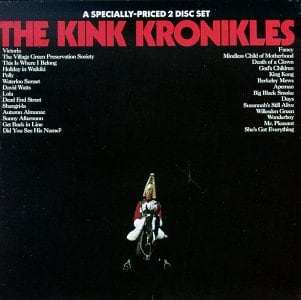 31. The Kinks – The Kink Kronikles

There is no one-stop set in the U.S. (the import box Picture Book comes close) that covers all of the Kinks periods from the heavy early singles to the latter-day arena rock. But this compilation by John Mendelssohn hits the only era you need. This is the time when Ray Davies was writing modest portraits of an old-fashioned England, from his Queen “Victoria” to the denizens who lived in and around the “Village Green.” The late 1960s was not just Ray’s lyrical peak but his melodic as well, from “Waterloo Sunset,” which you should know, to “Days,” which ends this set the only way it could. But it’s the non-LP tracks that make this set more than just a greatest hits: from the goofy la-la chorus of “Wonderboy” to the anthemic “This Is Where I Belong” to the pastoral “Autumn Almanac.” I don’t ever need to hear “Get Back in Line” again, and sadly it points in the self-pitying-and-lost-in-the-modern-world direction where Davies would spend much the remainder of his career. But the rest of this compilation is timeless stuff, an expertly sequenced picture of English eccentrics, with the kind of melodies you wish Davies had never stopped writing. – Pat Padua